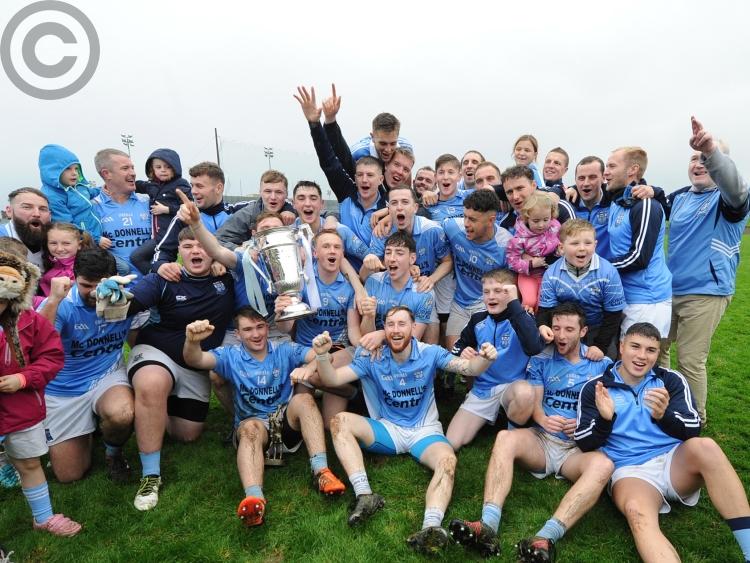 Newtown Blues are the Louth senior football championship holders and are going for four-in-a-row in 2020. (Pic: Arthur Kinahan)

Louth GAA chiefs have moved swiftly to put a firm plan in place for the August return of football and hurling by releasing a schedule to clubs for the remainder of the year.

The document consists of specific dates of matches, with the round-robin series of the club championship to be run off over the weekends of August 16, 23 and 30, ahead of a knockout festival in September.

There will be no replays before the respective showpieces with matches to be, instead, decided on the day.

Meanwhile, two rounds of the all-county leagues will precede the championship, on Sundays, August 2 and 9, with the remaining three to follow in October. The final club fixtures - the various league finals - are set for decision on the last weekend of autumn.

The Minor Board’s programme is also available for public consumption with all clubs guaranteed five matches at U14, U16 and minor level, with a league and championship rolled into one.

Mondays have been set aside exclusively for U16 football, Wednesday is U14 night, while the U18 competitions has been slotted in for Thursdays.

With Friday-to-Sunday tied up by first-teams, Tuesday nights will accommodate the reserve leagues, on a revised format. The 12 teams in each of Divisions Four, Five and Six will be drawn into three pools of four, playing a pair of games before the championship and another after to decide who qualifies for the semi-finals and subsequently divisional deciders.

There will be no junior 2A or 2B championships run due to the shortened calendar.