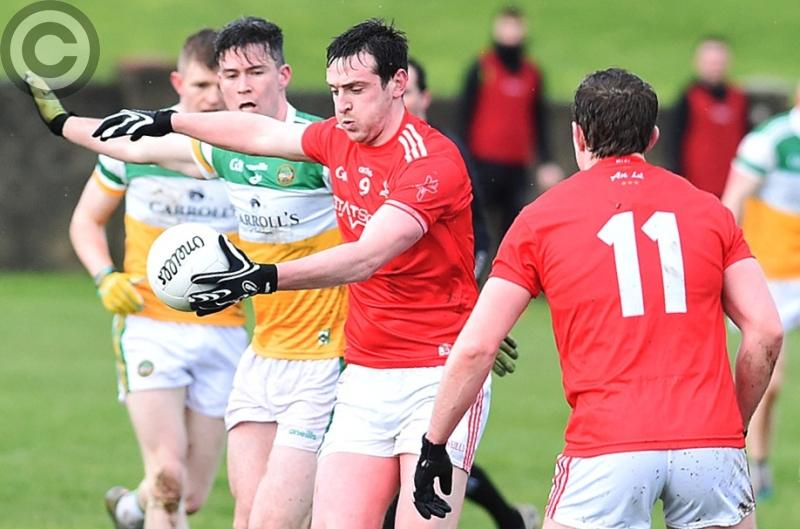 HIGHLIGHT
Declan Byrne’s cameo was the highlight of Louth’s day, the St. Mochta’s sharpshooter ripping into Offaly’s control upon his second half introduction. Each of his four points were impressively taken, while he was unfortunate on another occasion not to have had the umpire hoisting a white flag. His late flick could even have produced a goal had Conor Grimes been more alive to the dropping ball.

LOWLIGHT
Louth’s first half display was pathetic and that much cannot be denied. Lacking any sort of cohesion, structure and quality, it as much as cost Wayne Kierans’ side the game.

TURNING POINT
Byrne’s introduction, of course. Had it not been for his leadership and ability to register, Louth wouldn’t have got close to reverting the affair in their favour.

MAIN MAN
Declan Byrne from a Louth angle, but, overall, Eoin Carroll and Ruairi McNamee were the best players on the field, the Faithful pair combining for 1-7 of the visitors’ closing tally.

REF WATCH
Down’s Paul Falloon did fine in general terms, but he didn’t seem as open to punishing Offaly for fouls as was the case when a Louth player was the guilty party. His dismissal of Sam Mulroy was very harsh, considering the Naomh Máirtín man was dragged about the place in the seconds beforehand, while he was left with little option but to show Tommy Durnin towards the line after the Westerns man shoved Colm Doyle in the face.

WHAT’S NEXT
Louth travel to Derry for an encounter that will test the patience of both themselves and those watching on. The Oaf Leaf County don’t play a brand of football conducive to purists, so it’s more likely to be a so-called ‘war of attrition’ with Derry, it seems, content to frustrate and wear oppositions down. Offaly, on the other hand, travel to Leitrim, who visit Drogheda on Sunday week.