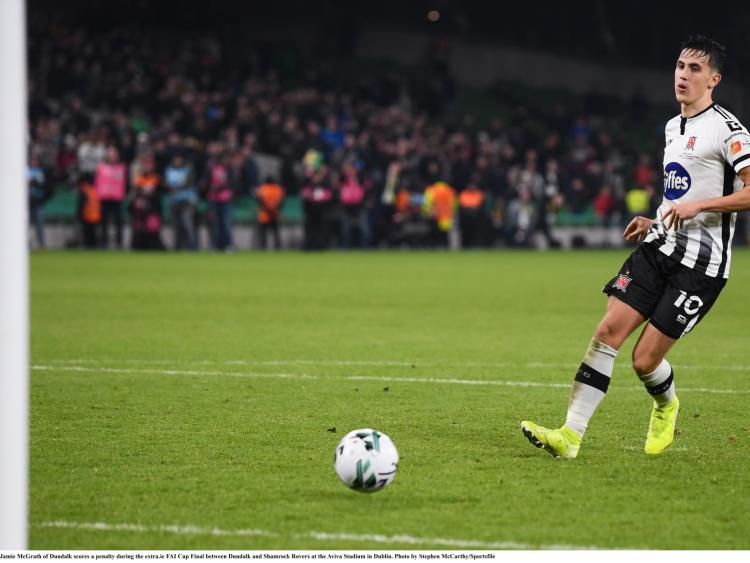 Jamie McGrath's Dundalk FC career was a huge success and his absence will be significant. (Pic: Sportsfile)

What makes a winning dressing room? Good players for a start, one imagines. Yet there are numerous slogans that labour how the impact of ability is dictated by mindset and a willingness to channel natural gifts in the right way.

Assessing the question from another angle, what is the greatest sense of encouragement for a player? Is it the backing, whether public, in-house or one-to-one, from the manager or coaches? Support from the terraces? Links to a higher-rated club, offering further riches? Or, could it be the unwavering respect of your peers?

Jamie McGrath has the latter in abundance, that much can’t be doubted. His Dundalk FC career was successful - with a pair of league winners’ medals and three domestic cup wins over a three-season stint - and very impressive given how adaptable he was positionally.

He played off the left, scoring a hat-trick against Sligo Rovers, not long into his stint at Oriel Park, before naturally reverting to more of a central, creatively-conducive role as time wore on. Yet he probably spent longer pacing the right flank, even if he wasn’t the ‘chalk in the boots winger’ Stephen Kenny seemed to have a liking for. 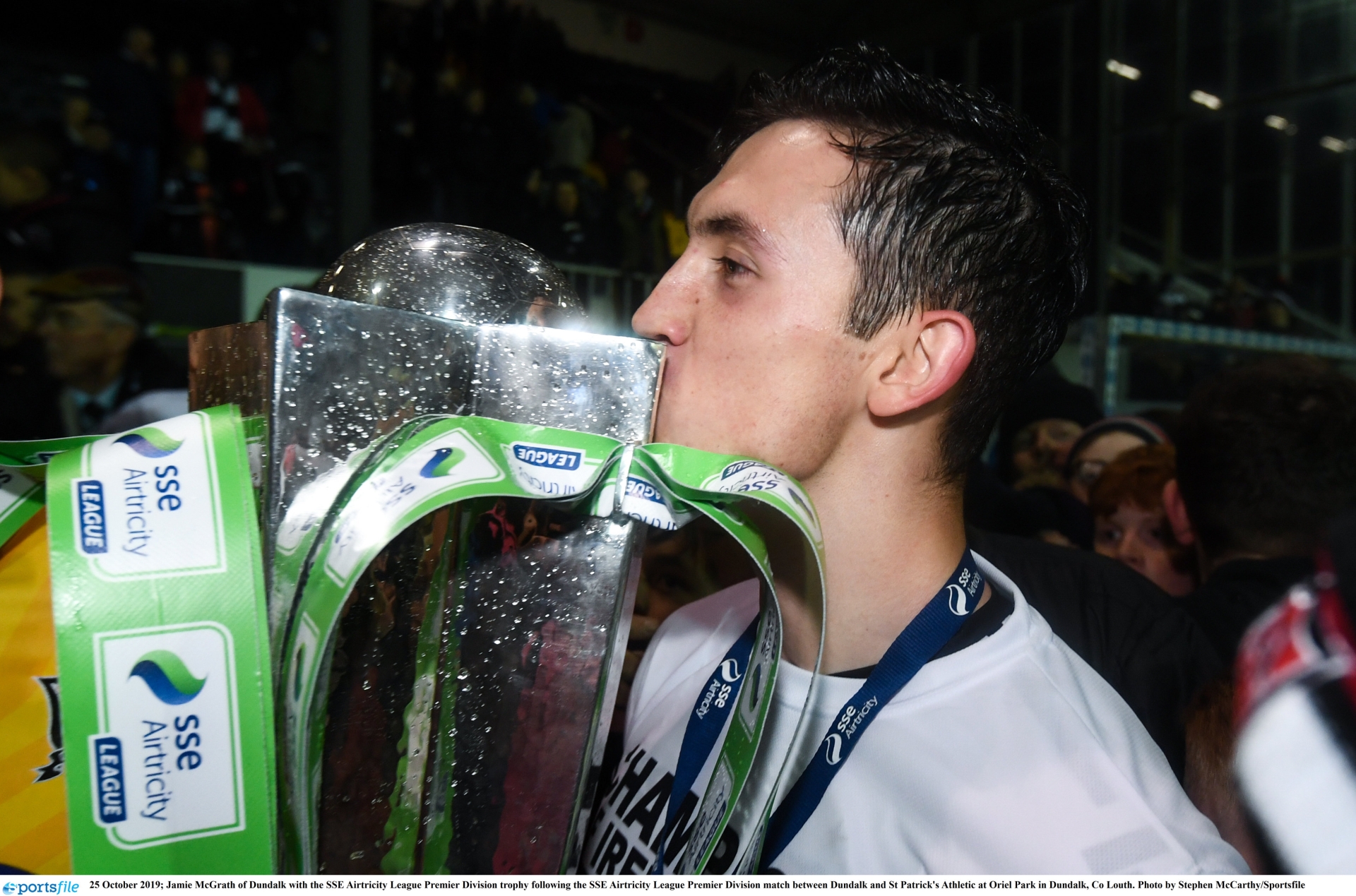 It’s evident that McGrath played best when in a midfield capacity, but a point former Galway United manager Shane Keegan made in a column written about 18 months ago maybe shows the method behind Kenny’s thinking in frequently featuring him on the right.

Keegan’s view was that, with Seán Gannon offering a lethally raiding presence from the full-back berth, McGrath’s tendency to meander inside, probing for a gap, meant the opposition’s left-back was stuck in uncertainty: stay put and allow his man to have time and space, or stick tightly, tag inwardly and likely allow The Lilywhites to capitalise on his defence’s fracture?

The dynamic is interesting and overrides the notion of Kenny merely trying to fit his best players in without dramatically tailoring the system which had brought with it so much victory.

CLICK HERE FOR: 'COMMENT | Jamie McGrath's move to St. Mirren 'can hardly be seen as the stuff of dreams''

However, given the game is ultimately about scoring goals, many supporters, in their response to McGrath’s departure for St. Mirren, have maybe done the 23-year-old a disservice in terms of comments about his perceived lack of goals and assists over the course of his term.

Everyone, of course, is entitled to their opinion, but then we have a situation over whose belief merits the most credence: his team-mates’ or the weekly onlookers’? Those who are immune to a close colleague’s shortcomings or others who fail to acknowledge his qualities? 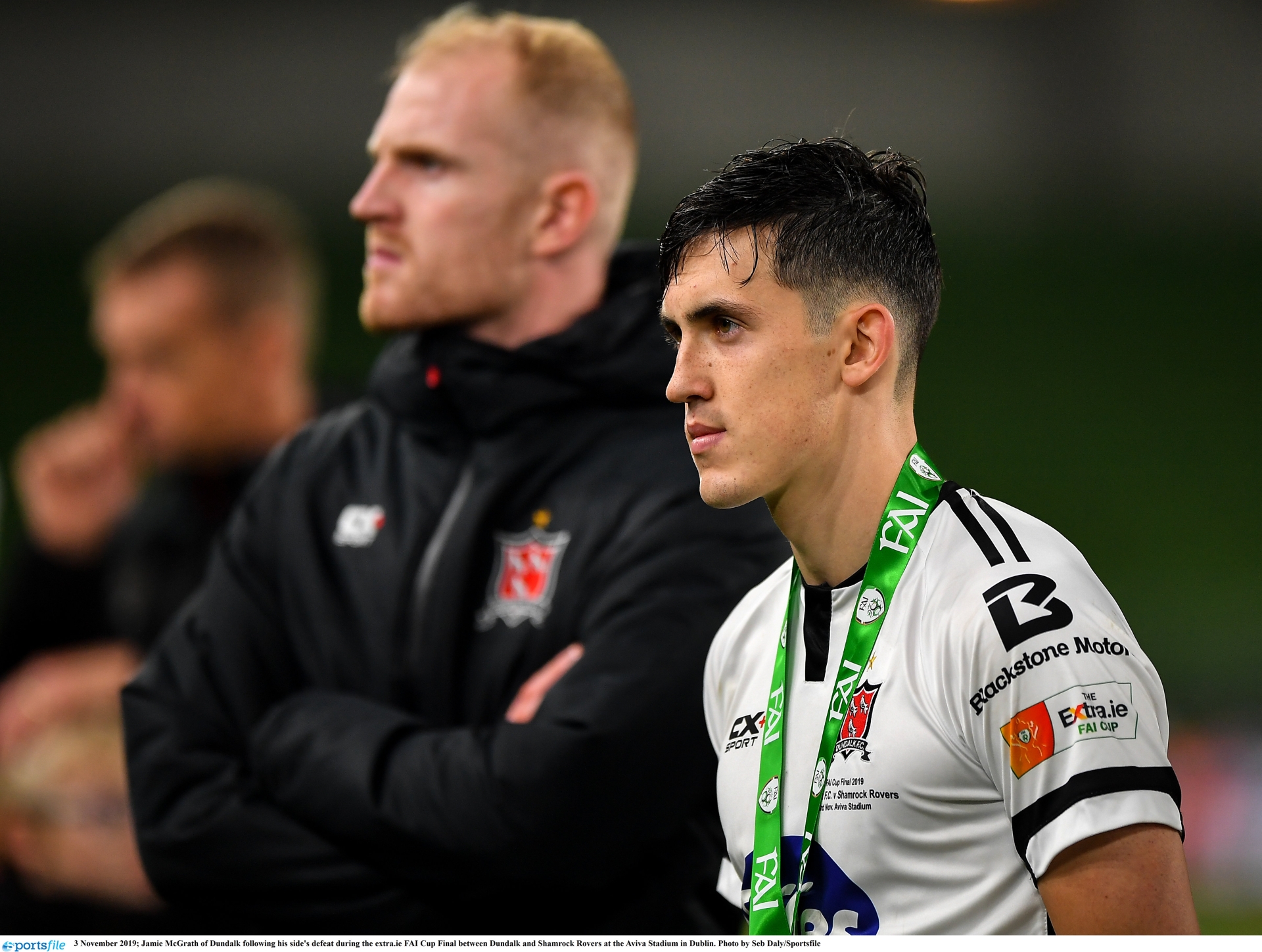 Going back to the basis for a winning outfit, a camaraderie bordering on brotherhood is a common trait of successful teams, and that’s been evident at Dundalk for up to eight seasons now. They’re champion players who can spot if a recruit isn’t up to it fairly swiftly.

So when one of the senior players reckons “Jamie’s a fantastic footballer”, you can be confident in assuming that the sentiment is widespread within the sanctum four walls. McGrath clearly had something, a personality and ability, that tickled the fancy of his team-mates, who in turn treated him with consummate respect.

The same of the coaching team, now headed by Vinny Perth. When he was available to play, McGrath was very rarely left out, even if he was used out of what he would likely feel was his best position, as a No10. He was evidently ‘first name on the teamsheet’ material and so his departure is potentially as deadly as any that have gone before him.

Always when a player has left, a replacement has come and fitted in, maybe not seamlessly, but through offering other qualities the losses weren’t fatal, Michael Duffy for Daryl Horgan being the prime example.

Some could argue that Ronan Finn, and what he offered, wasn’t restored like for like, the same for Richie Towell. But McGrath, and his versatility, which offered opponents the predicament Keegan argued, could leave bigger boots than anybody, especially at a time when The Lilywhites are short of proven midfield options.

John Mountney has flexible traits, in that he’s migrated competently into a winger from a traditional central-type. But he’s of a different mould to McGrath, a lot more powerful and direct.

In an interview with The42.ie, after confirming his move to Paisley, the Athboy man, who made his Ireland U21 international debut while at Dundalk, said November’s FAI Cup final loss was compounded at the time given he knew it was likely to be his last time in a Lilywhite jersey.

The dejection, ultimately, isn’t exclusive to him, though. Dundalk have lost another good one and for nothing in remuneration terms, with his contract up, even though his market value would surely be a high five-to-six-figure sum.

Regardless, The Lilywhites’ winning dressing room will have to exercise a familiar trait and recover without one of its more esteemed and inherently genuine members.

McGrath will be difficult to replace for so many reasons.