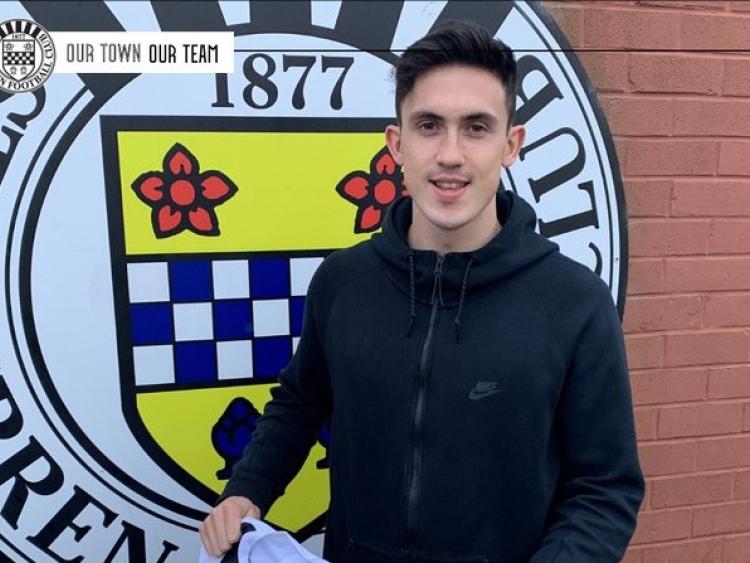 The 23-year-old, who was out of contract at Oriel Park, departs after three seasons to join the Scottish Premiership strugglers, who have also captured Cork City centre-half Conor McCarthy.

Athboy man McGrath, who won two SSE Airtricity League Premier Division titles during his time with The Lilywhites, will be managed by Waterford native Jim Goodwin at the Paisley club.

"Things started happening over the last few weeks and once I got chatting to the manager and Gus [MacPherson] I couldn't wait to get it done," McGrath told the St. Mirren website.

"The manager really sold the club and Sean McLoughlin who was here had nothing but good things to say.

"Jim seemed really driven and matches my ambitions as well so I can't wait to get started.

"The facilities here seem great and I'm looking forward to experiencing a match day at the stadium.

"I'm a hard-working player and like to give my all and after that it's up to the fans to decide. Hopefully I can show the fans what I can do and be a creative presence on the pitch."

"He can play a number of positions across the front area. He can play that number 10, he can play right or left, he’s technically very good and very comfortable on the ball.

"He’s been a big player for Dundalk over the last few seasons and he’s been a key member to their success of recent seasons."

The midfielder will wear number 17 and could make his debut against Broxburn Athletic in the William Hill Scottish Cup a week on Saturday.