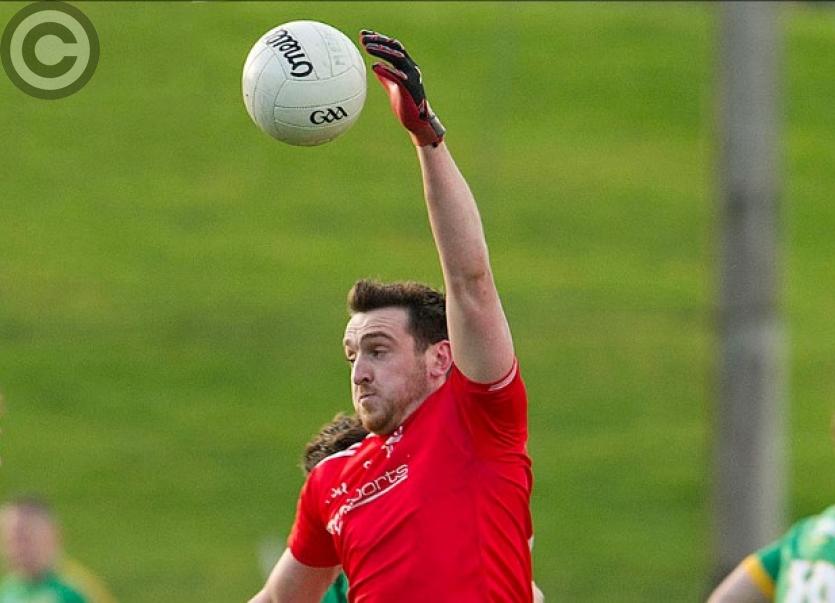 It will come as little surprise that those who spearheaded this triumph were regulars, Tommy Durnin delivering a commanding midfield performance. (Pics: John Quirke)

Best put, Sunday’s victory in Navan wasn’t bad for starters. Inexperienced and untried at inter-county level, half of Louth’s 20 players used were on debut at Páirc Tailteann and, so, a victory was both surprising and pleasant.

A quarter of the men Wayne Kierans put faith in have come through the minor teams he managed, while only eight have tasted senior championship football for the county in the past.

So, it will come as little surprise that those who spearheaded this triumph were regulars, Tommy Durnin delivering a commanding midfield performance as Sam Mulroy led the attack, accounting for the majority of Louth’s total.

Still, though, it makes one smile at the negativity pinned on Kierans’ second season in charge when you consider how accomplished a number of the newcomers were in contrast to their fledgling colleagues on the Meath selection.

Dundalk Gaels’ Oisín Murray looked physically at home in The Reds’ backline, showing shrewdness in possession while never being found displaced defensively. On one particular occasion during the second half he cut out a ball which was destined to fall into a Meath attacker’s hands a matter of metres from goal. 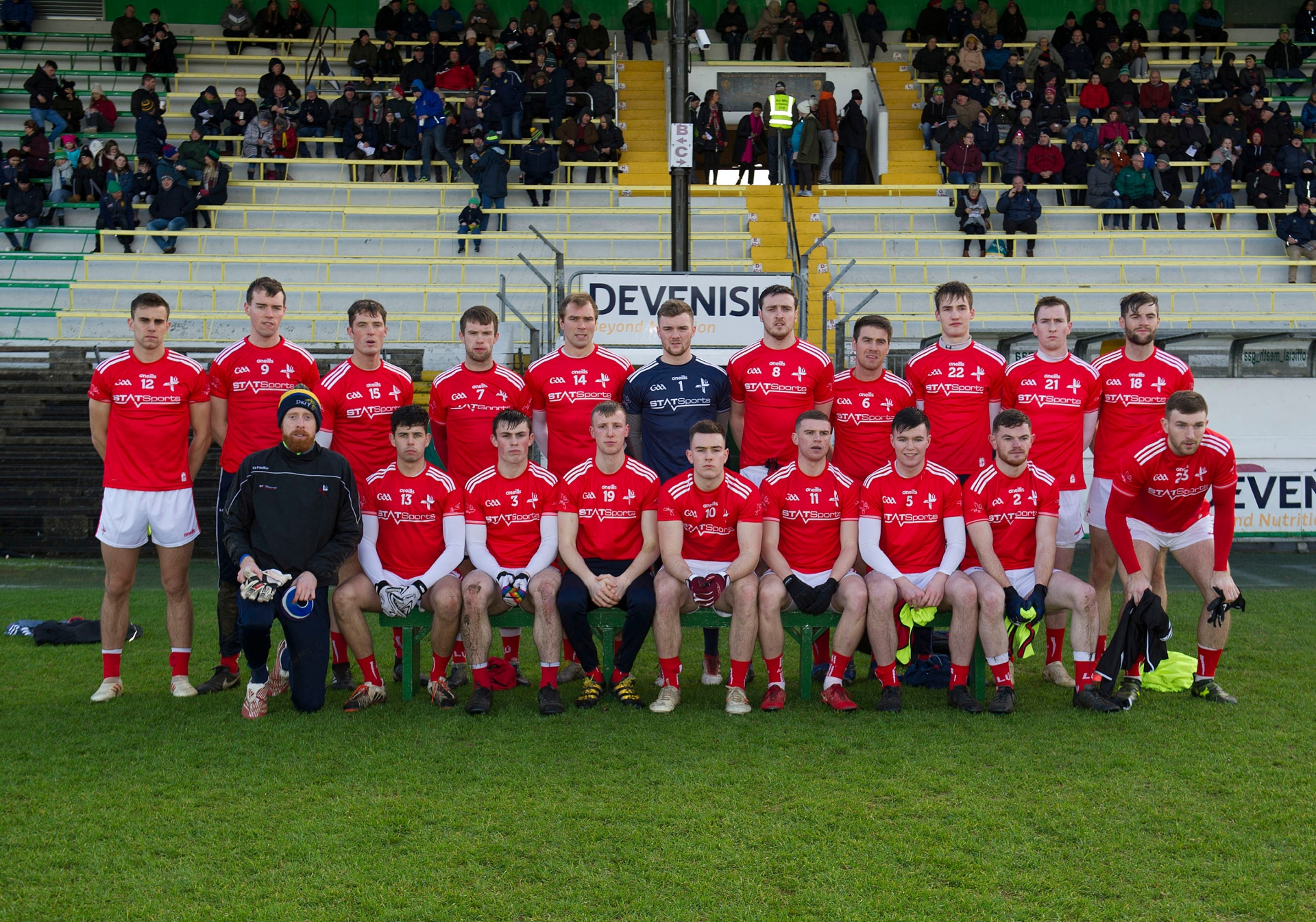 Likewise, Liam Jackson (Ardee St. Mary’s), a young player of whom much is expected, was diligent and scored a fine point in one of his regular raids forward. Glen Emmets’ Andrew Mooney was hugely effective as Louth repeatedly exploited the Meath backline with overlapping moves, while Cathal Bellew figured solidly at the heart of Louth’s defence.

The latter’s ability in that vital position, and with Dermot Campbell a viable option there too, may even free up captain Bevan Duffy to move into a more advanced station when he comes back into the equation, Kierans admits.

Duffy, of course, was missing on Sunday, his partner having given birth in recent days. For a man who forever delivers on the pitch, last weekend saw him fittingly perform off it. But, in his place, Durnin played a leader’s role.

“He got through an unbelievable amount of work all over the pitch,” Kierans said of the Westerns powerhouse.

“Tommy was the captain today, he’s one of the leaders in our team, so you’d always expect it from him, but fair play to him, he pretty much always delivers in a red shirt.”

DUAL STAR
The forward unit was effective, with Mulroy, as his contribution would suggest, the pick of the starting bunch. But, in after eight minutes to replace the injured Conor Grimes, Paul Matthews’ role cannot be underestimated. 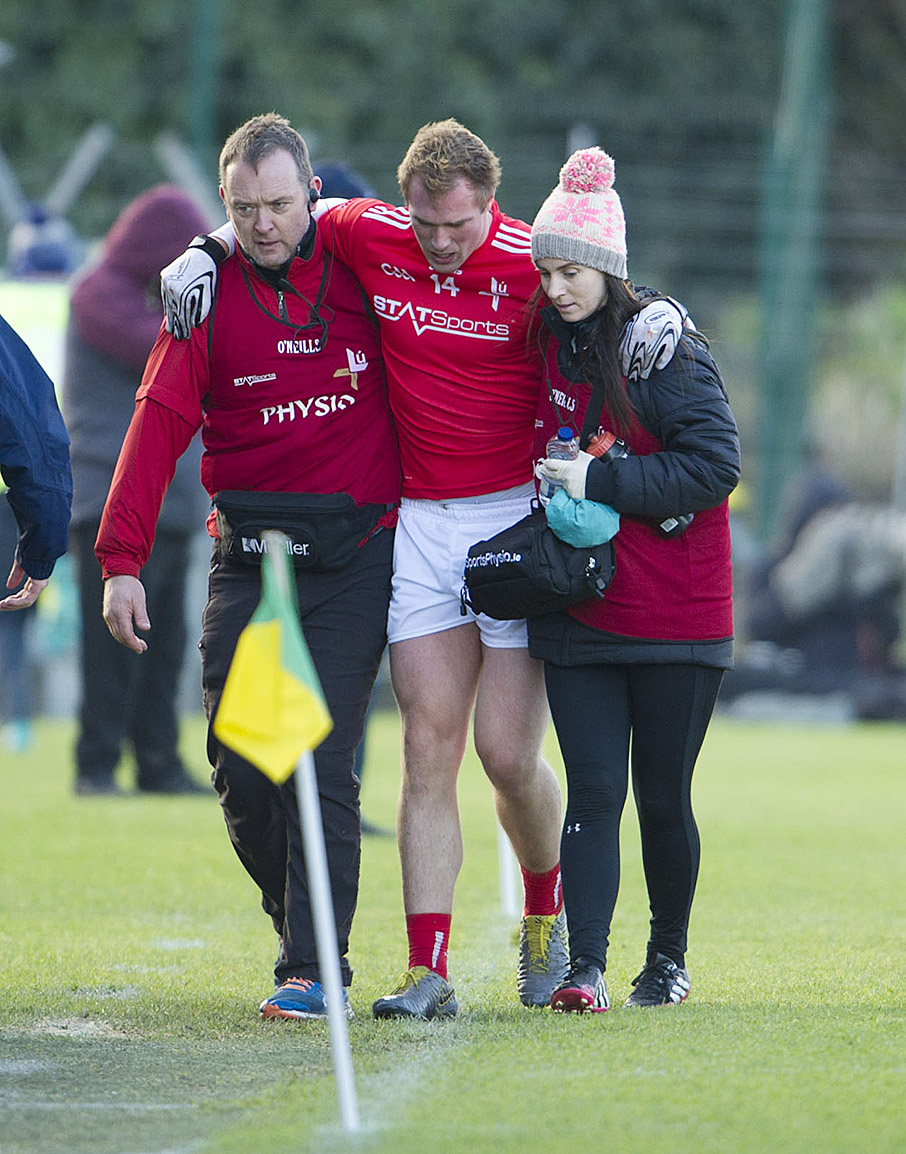 A hurler with The Wee County, too, the rangy St. Fechin’s man added a touch of class and creativity to Louth’s second half play into the hospital end. He chipped in with a point to finish the game’s most outstanding team move, after 52 minutes, a register which pushed the visitors four points in front. Given the sparsity of scores, it was a gap that never looked like being reeled in.

If he remains committed and injury refrains itself from striking, provided an arrangement can be accommodated between the hurlers and footballers, Matthews could play a big part for Kierans and co moving forward. He certainly has the talent, while anybody familiar with Matthews - whose father, Paddy, previously togged out for The Reds - will know he doesn’t lack in the temperament stakes either.

JOB DONE
Kierans’ pre-match brief demanded a “workmanlike” display, and he certainly wasn’t disappointed, despite his team’s tentative opening. Trailing thrice over the course of the first 20 minutes, Louth didn’t take control until Mulroy converted shortly before the half-hour.

A powerful flurry had Louth retiring with a two-point advantage - 0-6 to four - only for Meath to capitalise on another Wee County slumber to take the lead again amid a third quarter revival.

But, after tying matters, a Durnin burst was cynically upended, yielding the penalty which Mulroy ruthlessly dispatched beneath Dominic Yorke. And when Matthews pointed to make it 1-8 to 0-7, the outcome was known, if not the result.

“A collective performance is really what we were after; that was the objective. We were looking for a workmanlike, intense performance. That was the basis and we got that, and the win was a bonus.

“I thought our composure during the second half, where Meath were always going to come on strongly, was quite good. There is lots we have to work on in terms of trying to finish the game stronger and get more attacks in against the wind, but I’m really happy with the performance of the boys.

“For a lot of lads to get 70 minutes under their belt is a massive bonus.”

The new rules were also making their bow, three of Meath’s points having been as a consequence of attacking marks. Another of the directives, the sin bin, was also put into use following a late shemozzle, Matthews seeing a black card for his part. But for Jason Scully, who had earlier been cautioned, it meant an early bath; a warm one, one would suggest, given the freezing conditions.