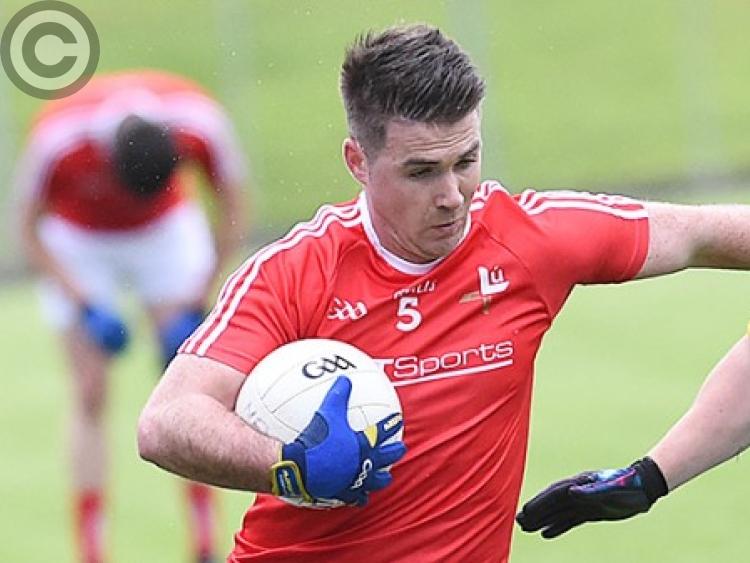 Louth's O'Byrne Cup campaign got off to the ideal start with today's victory over Meath at Páirc Tailteann.

Sam Mulroy's second half penalty goal proved to be the crucial score in a tight affair, in which Louth were the better side.

A useful exercise, despite the poor weather conditions, the winners were able to feature as many as 10 newcomers, with further debuts expected in next weekend's encounter with Offaly.

Having played with the aid of the breeze, which blew into the town end of the Navan venue, Louth were deservedly 0-6 to four in front at the interval, Mulroy chipping in with half their tally.

Meath began brightly, leading on three separate occasions during the opening 20 minutes, before Louth, who had six players making their bow in their starting XV, gradually took over, with Tommy Durnin dictating from midfield.

Mulroy put Wayne Kierans' men in front from a free prior to the returning Cathal Bellew and himself, either side of a Darragh Campion response, giving The Reds their half-time buffer.

Indeed, the gap could have been wider had the visitors converted some of their eight first half wides, while Mulroy also cannoned the butt of the post with a major attempt.

And those missed opportunities seemed costly as Meath emerged vigorously for the second half, three successive points earning them the lead.

But a fine Liam Jackson leveller preceded Durnin being fouled when bearing down on goal, which handed Mulroy a spot-kick he was never likely to miss. And he didn't, driving beneath Dominic Yorke.

Paul Matthews, arguably Louth's most impressive player, having come in for the injured Conor Grimes on eight minutes, nudged The Reds four in front - a lead which was never likely to be reeled in - at the end of a fine team move.

Both sides finished with 14 players, following injury-time sin-bins of Jason Scully (who was dismissed having been cautioned earlier) and Matthews. Not that their absences had any palpable bearing on an accurate outcome.