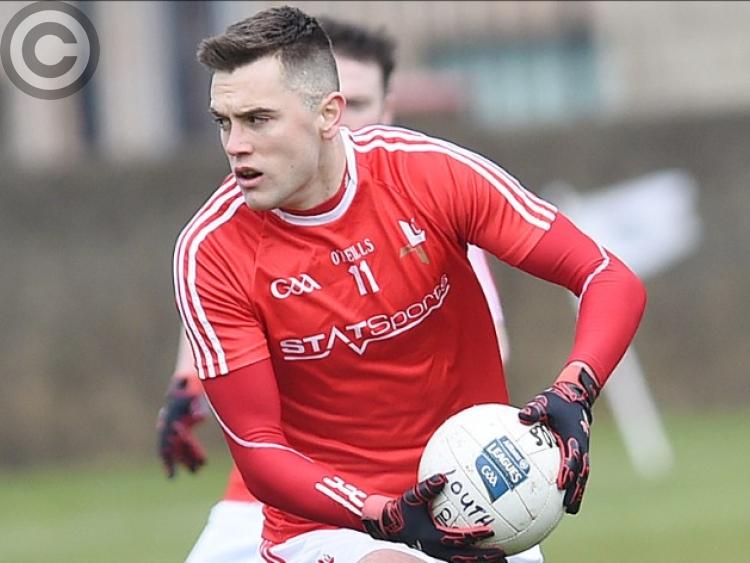 Former Louth captain Andy McDonnell has stepped away from the panel ahead of Wayne Kierans' second season at the helm, the manager has confirmed. (Pic: Arthur Kinahan)

Andy McDonnell is the latest experienced player to step away from the Louth senior football panel, yet Wayne Kierans remains optimistic ahead of his second campaign at the helm.

The Wee County manager confirmed after Sunday’s O’Byrne Cup victory over Meath that McDonnell had followed Jim McEneaney, Anthony Williams and Derek Maguire in opting off the squad, leaving Craig Lynch, James Califf and Declan Byrne as the sole surviving members of the 2010 Leinster final group.

But, having handed out 10 debuts in the two-point win at Páirc Tailteann, Kierans was defiant, insisting the loss of the Newtown Blues star, along with the others, wasn’t “a devastating blow”.

“It’s not ideal, but it’s not a devastating blow,” he said.

“We’ve lost a few, but you see (on Sunday), there are lads willing to take up the mantle. The positive is that somebody is going to have to come in and take their place and that’s what this competition (O’Byrne Cup) is all about.

“The young lads proved today that they can certainly compete. They’ve a lot of work to do, of course, but it’s encouraging.

“If any of those debutants come in and give as much as Andy or Jim McEneaney have given you’re on a winner straight away. And the reason they’re getting through is because I trust them, because I know them so well and because they’re talented guys. Their athletic development has a little bit to go, but their attitude is first class.”

On McDonnell’s situation, the Louth boss has refused to rule out the former captain’s return at a later stage, with the call-up offer remaining on the table.

“For the likes of Andy, the door will always be open,” Kierans added.

“I’ve had some very good conversations with Andy over the last few weeks and he’s not saying it’s over forever.

“He’s under a lot of pressure work-wise, so at the moment he won’t be involved with us, but who knows, after Christmas and into the championship run we’ll see how it is.”