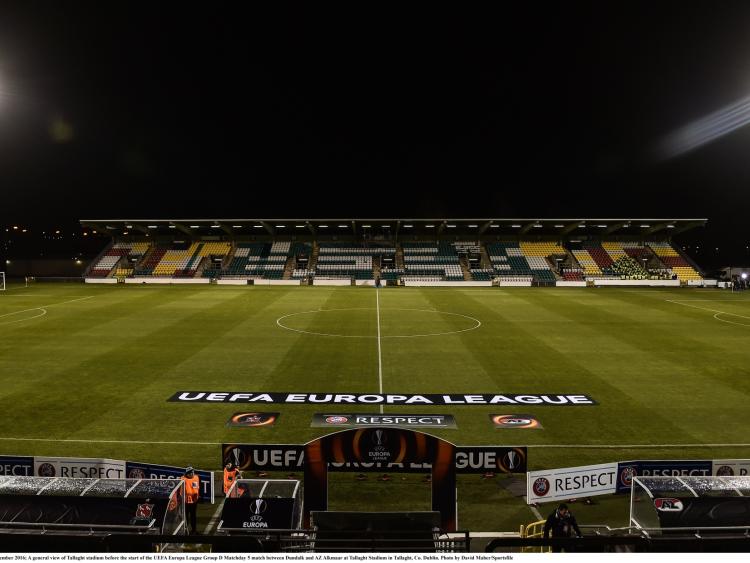 In the 2005 days where the internet was still to fully make its way into your Kilcurry writer’s household, this eight-year-old often used Teletext - remember that? - for sports news and results.

One can vaguely recall scrolling through matches for later that evening, a Tuesday or Wednesday, and seeing Celtic having a game against an unpronounceable entity. A friendly, I thought.

Looking back later, they lost 5-0. The friendly was actually a Champions League qualifier, the opposition: Artmedia Bratislava. Gordon Strachan’s men won comprehensively at Parkhead the following week, but still failed to make the group stages. They weren’t the only ones feeling stupid.

It seems equally as silly now, but when the draw was made for the Europa League third round a few weeks back, revealing that Slovakian champions Slovan Bratislava were on a collision course with The Lilywhites should Qarabag do the expected, the mind was cast back to that night when 316 was regularly inputted into the remote.

Why? Your guess is as good as mine. Dundalk were pre-John Gill and in the First Division. How times have changed.

TOP TEAM
Slovan are the domineers of Slovakian football, its most regular champions and winners of the league last term, while having involved themselves in the Europa League group stages as recently as 2014.

Three games into their domestic defence, they’re joint-top, with three wins from as many outings, conceding just one goal.

And their European campaign has seen them register six times in four games, having scored in every outing and only exited the Champions League to Sutjeska on penalties, prior to thumping Feronikeli in the Europa League.

While managerless, with B team manager Mario Kozak stepping into the top role on a caretaker basis, the Slovaks will present a goal-shy Dundalk with a serious battle, beginning with Wednesday night’s duel at the 22,500-capacity Tehelné pole arena - home to the Slovakian national team.

Five of their starting XI from last week’s win away to Feronikeli are full internationals, with the majority of the rest holding underage caps with a variety of nations. Spaniard Nono, who came off the bench, has experience of playing in La Liga with Real Betis.

Rabiu Ibrahim, a Nigerian senior team player, has experience of playing for Celtic and PSV, but didn’t get game-time in their most recent European affair, a game they won 2-0 to progress 4-1 on aggregate.

Slovan have been at this stage of the Europa qualifiers in two of the last four seasons, bowing out on each occasion. However, it was in the away legs where they fell, having won and drawn their home fixtures, which underlines the task facing The Lilywhites tomorrow night. Their conquerors, Russia’s Krasnodar and Rapid Vienna of Austria, both subsequently progressed to the group stages and the competition’s round of 32.

Teletext won’t be required to follow the game this time around, but Dundalk will need to show more resilience than Celtic did in the Bratislavan heat.