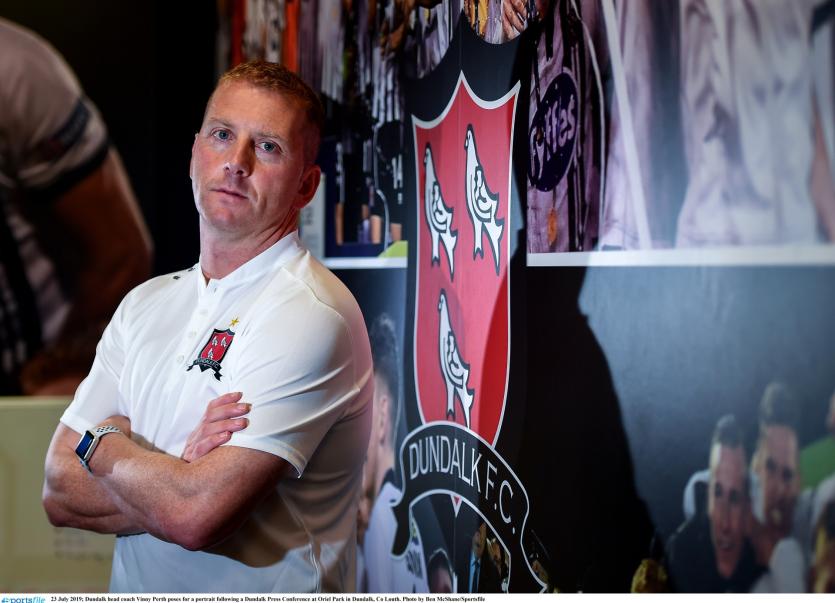 Qarabag may be the toughest team that Dundalk FC have faced this century, according to Vinny Perth, who wants to “put ’em under pressure”. The Irish champions face-off with the European group stage regulars in another lucrative UEFA Champions League tie this week.

There is undoubtedly a burden of expectation weighing heavily on Dundalk to deliver European success this summer, and that pressure will only rise – despite public appearance and comments to the contrary. 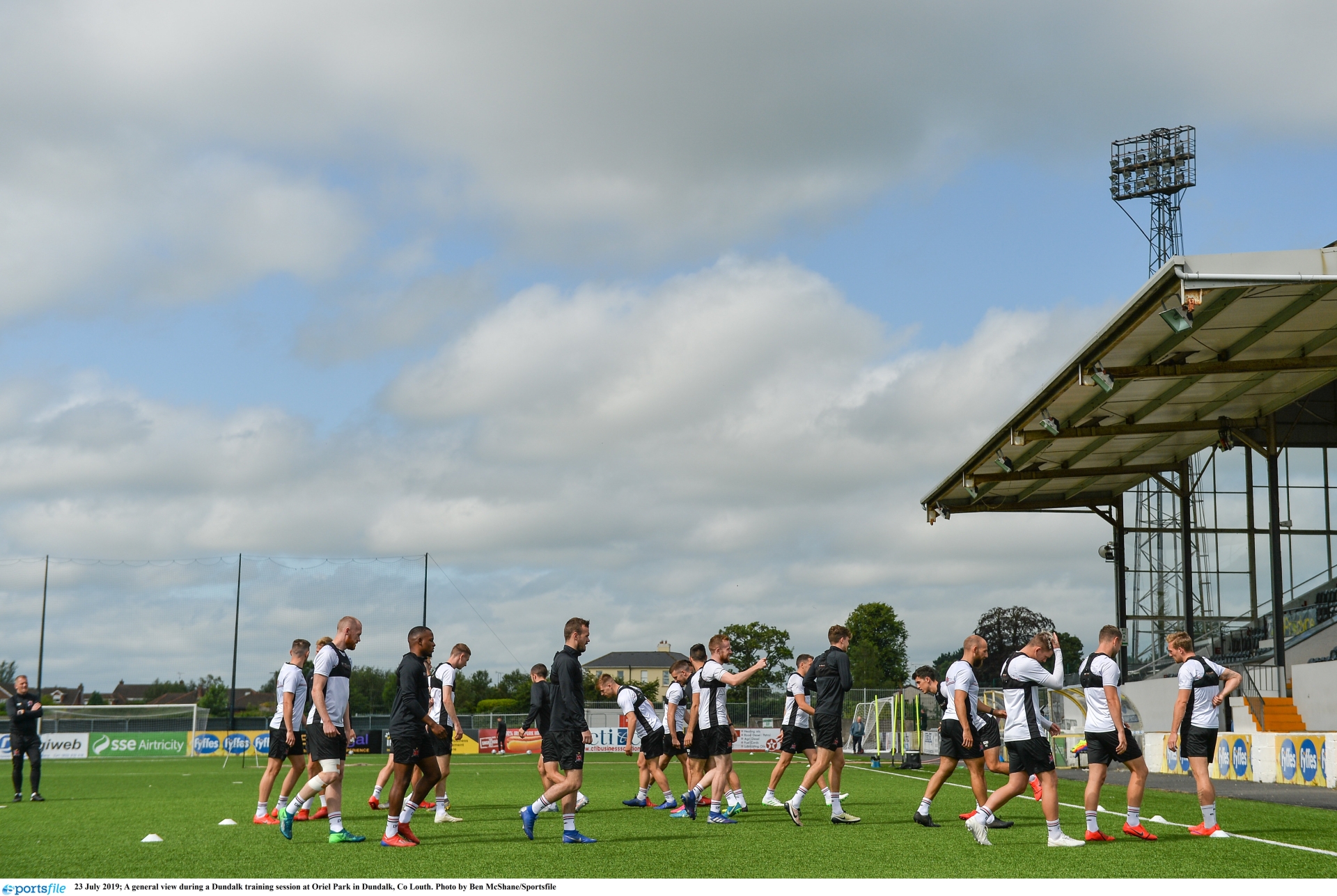 Last Wednesday’s lottery win in Latvia bagged the club €400,000 – a drop in the ocean in the current climate at Oriel Park. With it, too, comes a 4,400 kilometre, eight-hour adventure to Azerbaijan next week, with a chartered flight reported to be €150,000.

Dundalk, of course, were already guaranteed €800,000 from UEFA participation this season, but their now €1.2 million reward is no jackpot. Flights, accommodation and bonuses quickly eat into the profits, and their third round tie – even if in the Europa League – requires Tallaght rental.

Peak6 did not sign up for progression through only one round in Europe – regularly seen as success for an Irish club on the continent. They will want much more, and the clash with Qarabag – whose model has drawn the envy of Dundalk chairman Mike Treacy – has a prize of €500,000.

The Americans were attracted to the club by its group stage exploits in 2016. However, they may have to better any of those performances to overcome this latest hurdle.

Perth – worryingly – predicts that Qarabag may be better than Zenit St. Petersburg, Legia Warsaw, Rosenborg and the rest that the Oriel Park outfit have come up against at the highest level.

Included, also, in that list is AEK Larnaca, who dumped Dundalk out of the Europa League last season after a 4-0 crushing in Cyprus.

“For me, the Larnaca result is overplayed, because it was 45 minutes of a bit of madness from us, and I won’t let 45 minutes of football over a six-year period taint what we’ve done in Europe,” Perth says, with the fear from that defeat still fresh in many minds.

“But we did learn lessons from Larnaca. I think this is up a level, though. Qarabag are up a level. My initial thought is they’re probably as good as any side we’ve ever played in Europe.

“I know we played maybe the might of Zenit St. Petersburg. But the difference with them was somebody like their left-full was an Italian international, but he was 31. He was a player of real class, but he wasn’t a full-back who was going to be lightning quick and going to get around us.

“Or people who played in midfield for them, it was in front of us and it was nice passing.

“But what Qarabag are is a really, really strong, athletic, technical side who will move the ball really, really quickly. That’s where teams from Ireland in particular would struggle against that type of style of play.

“We have a real challenge on our hands. They’re a really top, top side. We’re going to have to be at our very, very best.”

Perth, though, believes his squad is in rude health to deal with what lies in wait.

“We have rotated the squad this year,” he explains. “For argument’s sake, (Dane) Massey has played 19 games and (Dean) Jarvis has started 18 games. That gives us an advantage that if something goes wrong, we’re ready – like Michael Duffy missing out last week.”

“The fact we’re at home might help us because we want to be still in the tie going over to the away leg, and we’ll put them under a little bit of pressure if we can score an away goal – that’s the way we have to be thinking.”

Perth was emotional in the aftermath of a draining evening in Latvia, which ended in a nail-biting spot-kick competition. He, more than most, knew the importance of victory, as he looks to emerge from the shadow of Stephen Kenny and form his own lasting legacy. Making waves in Europe will be key to that.

However, the head coach insists there is no added pressure coming from the Americans, despite UEFA monies presenting their only chance of profit at Dundalk. 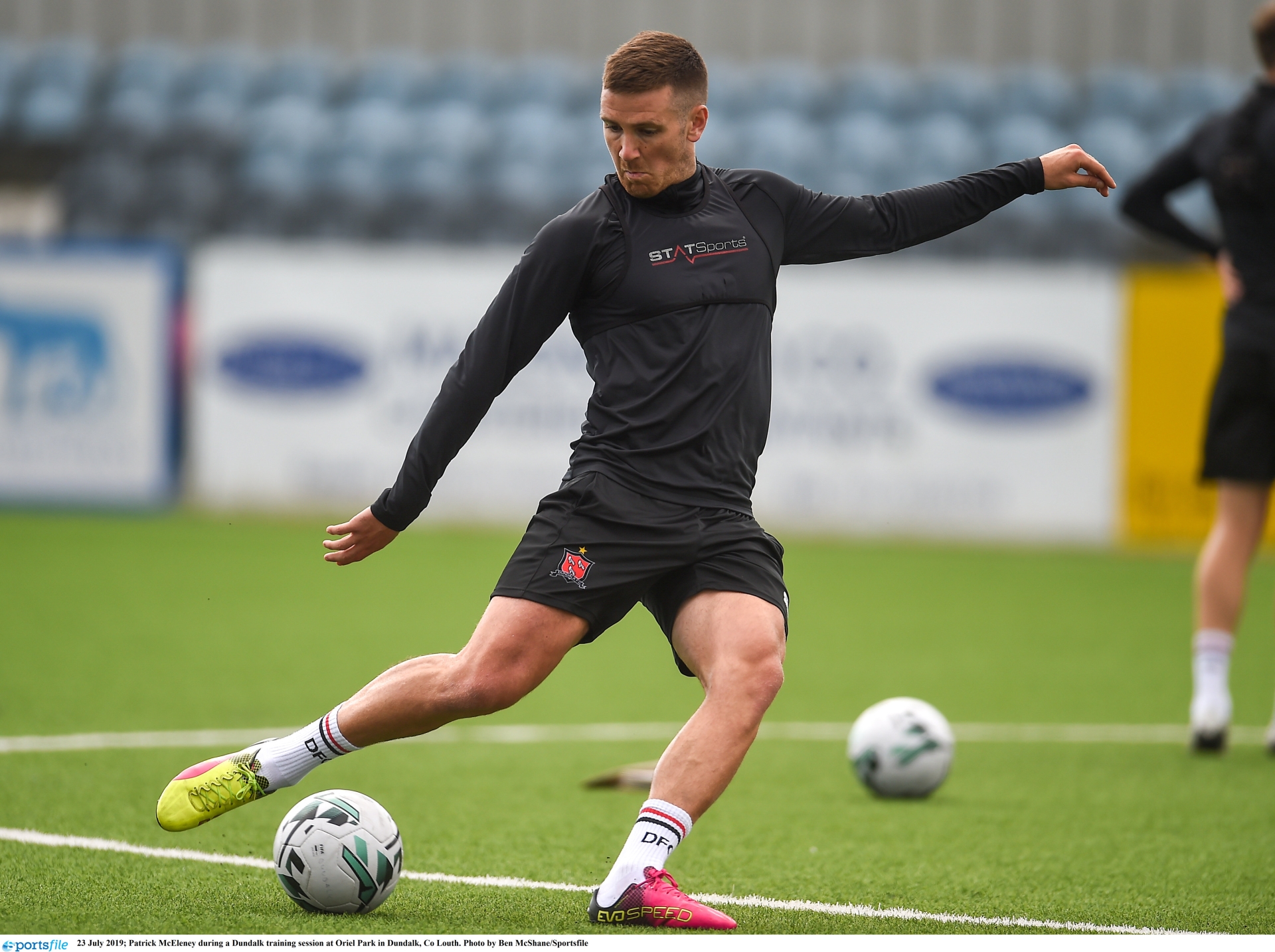 “You go through different cycles of highs and lows in penalty shootouts. A lot of stuff goes through your mind in terms of if we lose,” Perth admits, “what are the repercussions personally, what criticism is going to come your way – all those little silly things do come through your mind.”

He adds: “(The management team) certainly felt probably a little bit of pressure before the game, personally – it wasn’t from the club. It was our own personal drive and hunger. I was very mindful of that from a personal point of view.

“I met the owner of Peak6, a very big businessman, with the rest of the staff and he just left us very confident that the Riga game wasn’t in any way, shape or form going to decide anything. So, there was no fear in that sense.

“The fear was a personal one. It was a personal drive to succeed. I would take a lot of personal pride of what went on over the last six years in Europe, and I suppose in some senses, the Riga game vindicated that I obviously had a small part to play in what we’ve done over the six years as well.

“Also, the group of players we have are very driven and they want to be successful in Europe, or at least compete in Europe. There was a pressure internally just to get through that game, but certainly nothing other than internal pressures.”