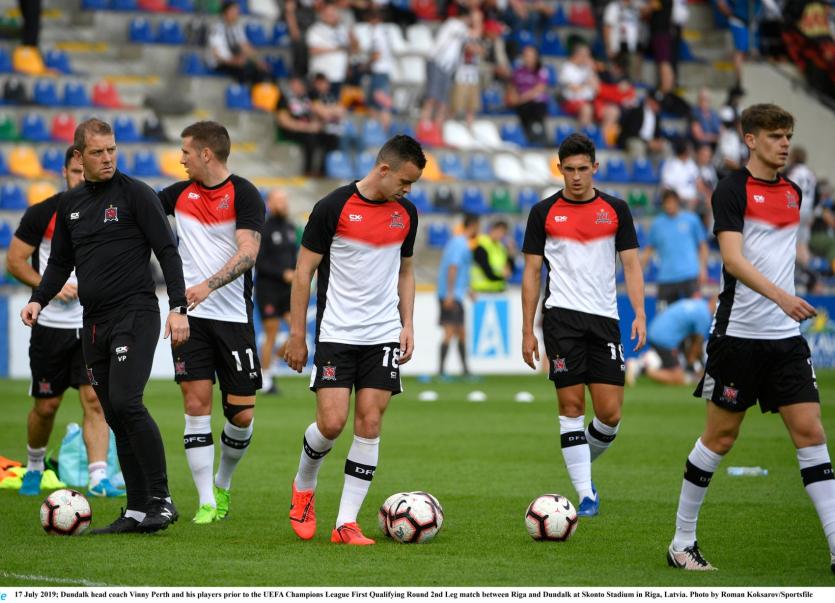 Six-in-a-row winners of Azerbaijan’s top-flight, in which time they’ve completed the league and cup double thrice, Qarabag come to Oriel Park on Wednesday night as a daunting proposition.

They have also qualified for the group stages of the Europa League in four of the past five seasons, having made the Champions League in the other year over that period. Of all the sides Dundalk have faced over the last number of campaigns, these could be the cream of the crop.

But The Lilywhites aren’t ones to be overawed by reputation and, as head coach Vinny Perth explained, the game “might suit us a little bit better” given Qarabag are likely to be much more adventurous than Riga were over the course of the last tie.

Former Azerbaijan national team coach Gurban Gurbanov holds the reins of Wednesday night’s visitors and has done since 2008, guiding them through the most glorious era of their 32-year history.

They have an interesting past. Indeed, their support pool contains a large portion of the local Aghdam population, although, on the back of their successes of recent seasons, they’re now more widely pursued.

Originally based in Aghdam, the club was forced to move to Baku in the early nineties following the invasion of Armenian armed forces. To this day, it’s said that Qarabag remain a living symbol of pride for approximately a half a million internally displaced Azerbaijanis.

Following their move, they suffered financially for a long number of years, before reaching the summit with their European income of the last decade.

Their present panel consists of a myriad of nationalities, with former Everton striker Magaye Gueye, a Senegalese, among them. Qarabag’s captain, Rashad Sadygov, has 111 caps for Azerbaijan, while another home international, 22-year-old striker Mahir Emreli is a proven goalscorer and is atop the Premyer Liqa’s charts on 16.

Otherwise, Spain’s Dani Quintana is a threat, having scored in front of Stephen O’Donnell in last week’s 2-0 win over Partizani of Albania.