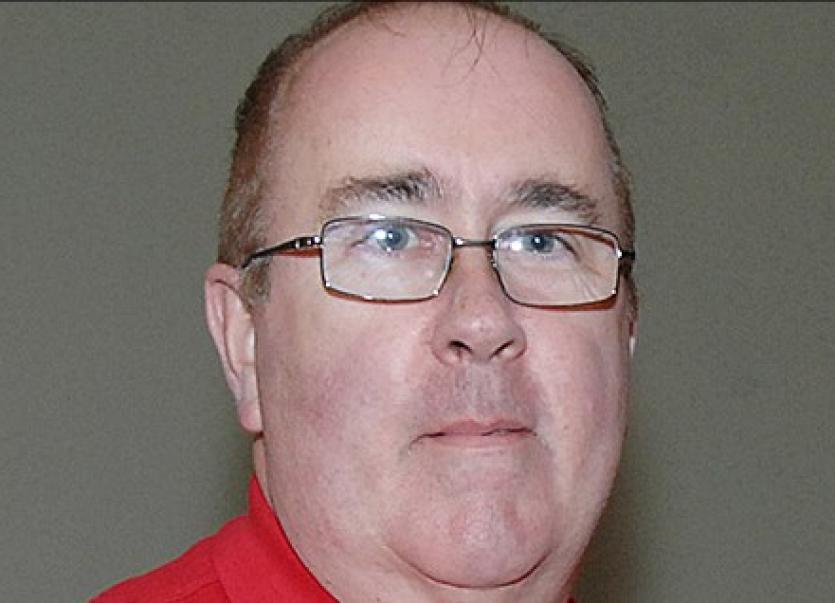 Louth ladies’ County Board chairman Liam O’Neill feels the events surrounding last Saturday’s double call-off made it an embarrassing weekend for Gaelic Games in the region.

After the postponement of the men’s National League game in Drogheda, Louth ladies’ saw their match against Fermanagh fall by the wayside, too, despite the Erne County players being in mid-morning transit.

It’s the second consecutive affair that Louth have seen not go ahead, following their postponed clash with Carlow a fortnight ago, and leaves them facing into a game against Antrim this weekend without a competitive fixture in five weeks, since defeating Leitrim in Cloone on February 24.

The Fermanagh match was due to take place in Tullyallen, home of Glen Emmets, but heavy rainfall overnight meant the pitch was deemed unplayable when inspected on Saturday morning. The ladies Co. Board felt they had a contingency strategy in place, believing they had come to an agreement with their male counterparts for the use of Darver should their National League clash with Westmeath fall victim of the rain.

But, despite the all-weather pitch at the county’s Centre of Excellence seemingly being free for usage, and with no men’s game, for a variety of reasons, access to Darver, it is understood, wasn’t granted before the ladies’ game had to be postponed with less than two-and-a-half hours to throw-in.

It has left Louth, in the eyes of Croke Park officials, looking weak, O’Neill says.

“The situation with Darver is that it could be a little bit more transparent,” he told The Democrat, “we weren’t refused it, but we didn’t get it.

“When I spoke to the lady who was looking after the ladies’ national fixtures at the weekend, she asked me about the Darver Centre of Excellence. I said that we ‘couldn’t use it if the county (men) were playing at home, but now that the game is off, it was looking likely that we could get there, but I’m waiting on it to be confirmed’.

“I then had to ring her back, naturally enough, to tell her that it wouldn’t be available. The woman, I’d say, was flabbergasted because she was silent, I thought I’d lost her for a minute.

“It was an embarrassment and a disappointment, because how do you explain nationally that you can’t get a pitch in your own county, particularly when it’s an all-weather pitch sitting idle, in Darver. It really is embarrassing.”

PÁIRC CLAN NA GAEL
Upon his incoming as chairman, O’Neill says he aimed to spread the matches across the county, but not be caught in a situation such as last weekend, in looking for venues on the day or week of a game.

Duly, Páirc Clan na Gael was the assigned ground for last weekend’s match, until it became known that the main pitch there was struggling to cope with the bad weather, something which O’Neill is fully understanding of.

The Clans subsequently offered use of their second pitch, but with no cover for spectators to accompany it, the offer was politely declined and Glen Emmets sought, with the understanding that Darver would be on standby should the men’s match not go ahead.

“People might ask why we didn’t go back to the Clans,” the Cooley Kickhams’ clubman added, “but we had moved on from there and into the Glen Emmets where there was cover.

“We were looking for a pitch at the last minute and the all-weather pitch in Darver was the obvious target. We felt 99% that we had it once the other game was called off.

Furthermore, it’s understood that the Louth senior men’s team trained in Darver on Saturday afternoon, but were forced to gain entry through the turnstyle at the main gate with no dressing rooms or on-site parking facilities at their disposal.

KNOCK-ON EFFECT
O’Neill felt for the Fermanagh team, who got caught-up in the predicament having made part of the journey south, and insists that his own Co. Board had nothing to gain through the call-off.

“It wasn’t any advantage to us not to play the game on Saturday, for a number of reasons.

“You’re now two matches behind in the league race and by the time we get playing those games everyone else will know what they have to do. We’ll obviously know too, but it means pressure all the way.

“But there is a knock-on effect for club fixtures, so we’d nothing to gain by letting the game fall through the way it did.

“Fermanagh were sitting on a bus already turned to go home and they were not going to wait any longer for us to look for another pitch. I can understand that because if Louth men’s County Board couldn’t find another pitch, we had no chance.”

BIGGER ISSUE
The fallout points to a larger scale issue, though, considering Louth ladies were deprived of a facility which was ultimately available for use.

So, does O’Neill feel the LGFA in Louth are mistreated?

“Personally speaking, and I’ve been around the ladies’ set-up for a few years now, I find that in most clubs, I won’t say all, but most, that the ladies appear to be getting the leftovers.

“If there were two pitches in a club, nine times out of 10, the ladies would be on the back pitch.

“You can rest assured that in some clubs, the ladies, there is nothing thought of them. In other clubs, they might be on an equal par because, in some cases, it’s a one committee club.

“I won’t say where it was, but last year I went to referee a (ladies’) match. I was told the main pitch was unplayable so I proceeded on to the back pitch. About 20 minutes into the game, I seen the floodlights go on on the main pitch, so at half-time I went off to see what was going on and I saw the men’s team training on the good pitch.

“I said nothing, but when the game was over I walked down through that pitch; it was in pristine condition, and the girls were put out on a field that was after being used by other teams for training and that you’d think there were horses on.

“This is unbelievable stuff, but that’s the way it is. We have a long way to go and a lot to learn to try and get up there on an equal par with the men.”