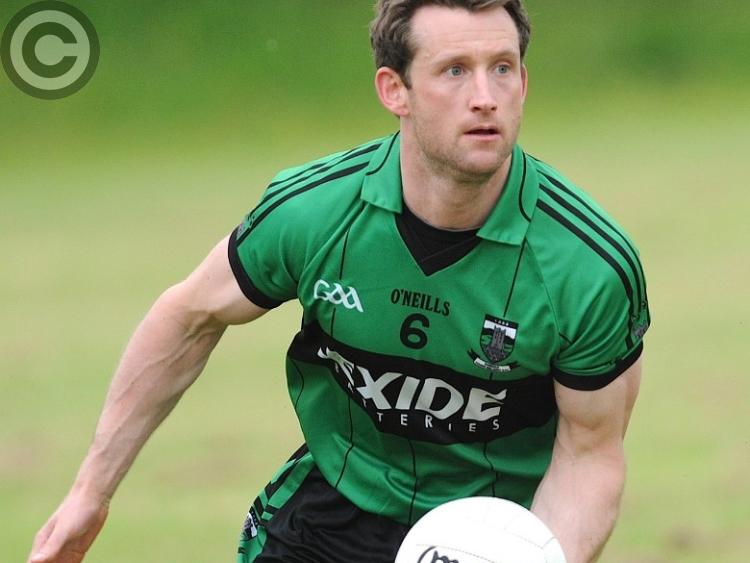 His “ego and competitiveness” might prevent him from skipping into the sunset, but Dundalk Young Irelands’ Aaron Rogers accepts that he could retire on Saturday “with a pocket full of medals” if they see off St. Brigid’s in the Leinster junior final.

A provincial plaque would complete his set. The self-professed ‘elderstatesman’ of the Young Irelands panel, at 41, he’s now a three-time championship winner, twice as captain.

He imagined those days were gone, work and family commitments having to take priority.

Qualified as a personal trainer and the man behind Body 4 Life fitness centre, Rogers worked with Louth in recent years before answering Adrian Sheelan’s call for this season, taking a hands-on approach to Cooley Kickhams’ training.

But once the peninsula outfit’s campaign came to an earlier than expected conclusion, he found himself sitting on the couch one Tuesday evening, pondering his next move.

“I probably thought I was done this year,” he says, but “when Cooley got knocked out, the next Tuesday night, I was like: ‘well, what am I going to do with myself now?’

“I love competing and still have that buzz to be at something so I started training again and began to think about getting a substitutes’ position? ‘Maybe, I’ll be first sub?’

“I’m always pushing on, but I just wanted to be playing and there with a winning team because I know what it’s like (from 2007 and ’10 experiences).”

The influx of young blood was another deterrent, of sorts. He acknowledged that junior was a good place to introduce adult football to the likes of Cian O’Donoghue, Óisín McCabe et al, and so giving them space has proven to be a shrewd approach.

Yet he feels he has a role to play, other than an active on-field one. There is praise for captain Cian Ó Náraigh, someone who Rogers sees traits of himself in, but his broader playing experience could be vital in the heat of Saturday’s battle.

The veteran will likely come into the fray at some stage and by doing so, be at the coalface of what he refers to as “something special”. A Leinster crown, Saturday’s prize was what he found himself thinking of when driving away from Monasterboice last year after defeat to St. Fechin’s consigned the county’s oldest club back to the junior ranks.

“Leaving the Máirtín’s pitch last year, we got relegated, I actually felt that we could do something special this year.”

“It was just one of those extraordinary years with injuries, etc, but I knew we could do something special this year. There was enough hurt in the boys to drive on.”

But hurt isn’t Rogers’ chief motivating factor, instead, it’s a personal agenda to play for as long as possible. A chat with Jack Malone a number of years back, when he started “himming and ha-ing” over his future, has put retirement back.

“‘Aaron, play every year you can, don’t stop until you can’t because when it’s gone it’s gone.’ He’s right and I understand that now.

“If I’ve a Leinster medal in my pocket after all these years, I’ll be a very fortunate fella.”