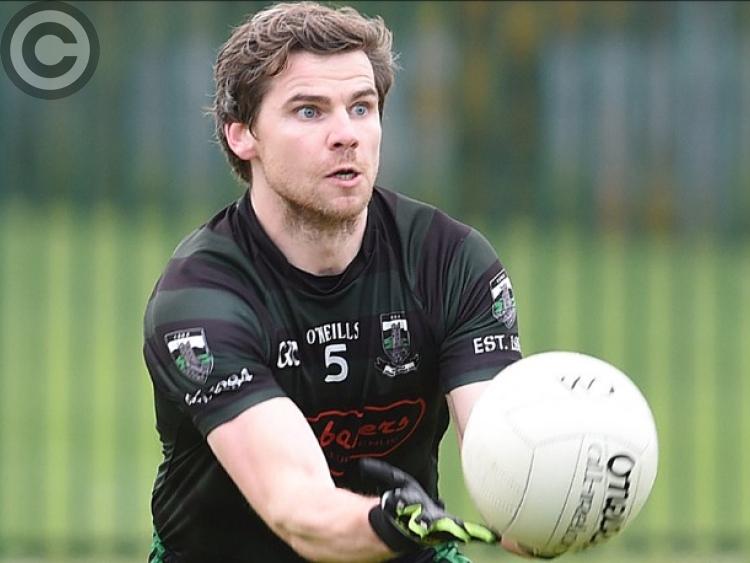 It’s not often words written on a baby’s bib come to life.

“My daddy is boss, my mummy is his boss, but I am their boss,” was one that got me laughing some time ago. The audacity.

But it seems two-year-old Emma calls the shots in the Ó Náraigh household. Before leaving for Dundalk Young Irelands’ Leinster JFC semi-final in Wexford a fortnight ago, club captain Cian said goodbye to his daughter; the little girl whom he trotted around the field of Dowdallshill after, with cup in hand, following their victory over Glyde Rangers in October’s Louth decider.

And she had some advice for the De la Salle teacher, too, ahead of the clash with Tullogher-Rosbercon.
‘You can’t run all day, Daddy, don’t run all day!’

“It was great advice to be given,” Ó Náraigh says giddily.

Along with his wife, Áine, Emma is a regular at games involving her father and while tender in years, she has been there through the good times and the bad.

This year has brought plenty of pleasant experiences, Daddy having lifted both the Dixon and Christy Bellew Cups as Young Irelands completed the junior double. Though, with last year having been a complete write-off, the only way was up.

If relegation from both league and championship wasn’t testing enough, Ó Náraigh’s season ended in a gruesome manner.
Playing in their second intermediate championship encounter, in Dunleer, he ruptured his Achilles, leaving him hobbling on crutches; a fate which hindered professional and family life.

Ó Náraigh recalls the “disaster” as if it’s mentally all-consuming, sharp to answer: “July 24 I snapped the Achilles”.

He adds: “I was staring at the possibility of a year out from football and then there are questions on your mind that when you come back will you still have the pace or the stamina or even the desire to keep going?

“In many ways, the type of mentality I had coming into this season was that everything was a bonus and it just so happened that my rehab went very well and in January and February I was able to take part in pre-season with the lads.

“I realise how lucky I am; not everyone comes back from those types of injury and gets to take in a full season.”

Luck, he considers, has played a huge part in both his and Young Irelands’ journey; from losing their league opener against Lannléire in the depths of spring to preparing for their maiden provincial decider.

An epic run, victory this weekend would be their 20th win on the trot, a return which must surely count as a club record.

The Gaelgoir’s acceptance speech following the county final was “fit for Croke Park,” according to clubman Tony Hande.

There, he referred to their ‘passionate’ management team, led by Adrian O’Donoghue, in specific terms, the word “lunacy” having been used wryly.

“There’s a thin line between genius and lunacy,” he quips.

“There is also a thin line between arrogance and confidence and I think we spent too much time in other seasons thinking about other teams, whereas what we’re trying to concentrate on now is what makes us a good team; and it’s going to take a ‘helluva’ team to beat us if we’re on our game.

“Adrian really instilled a belief in us from early on. We’ve come out of games that could have thrown us off the bandwagon; the Malachi’s game, Roche in the semi-final and the championship final itself could have easily gone the other way.

“For (example), Emma looks forward to every game that she can go to. You have other members of the squad who have children at the games too and I think that the word ‘family’ has been massively important for us this year.

“We went from a group of individuals, which I think was evident in years gone by, but we weren’t necessarily a very strong team or club together.

“‘Family’ is something that we have worked on this year and you can see that, not only in the celebrations, because it’s easy to celebrate with each other when you’re winning things, but also before and after games. We’ve moved on from just being players playing together.”

He’s not a “Roy Keane-type” captain, but one who prefers to encourage, leading by example with his industry and cleverness on the field.

Croke Park is in sight and he isn’t one for playing it down; their aim from the off has been to go the whole way to the All-Ireland final.

But Saturday, first and foremost. The encounter with St. Brigid’s is one they’re relishing, giving no thought to the possibility of losing.

“It’s a massive achievement to be here, and huge for the club. Everyone has been wishing us well, which is just fantastic,” he says.

However, removed from the outcome, Ó Náraigh’s year has already been a tremendous, almost inspirational, one, given the nature of his injury. And, no matter how Saturday pans out, there will be one supporter as pleased as punch.

“She’s (Emma) seen the ups and downs of it. She was at the game in Lannléire when I snapped the Achilles and it is only due to my wife and Emma that I kept pushing myself to get back because you want to be in a position to play football in front of your child.

“It’s a huge honour that when you go out the door with your gearbag and you’re wearing the (Irelands) top that you have your daughter saying: ‘go Daddy go’."