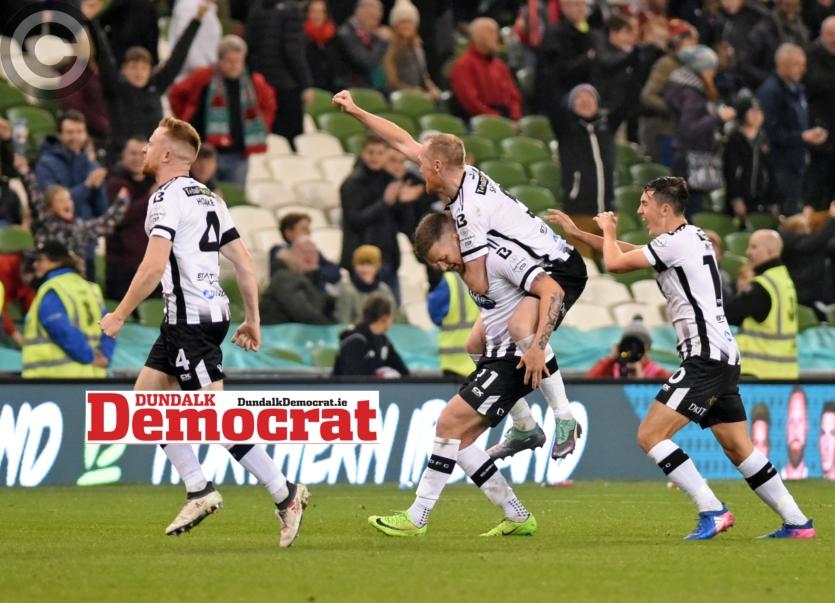 It says much for the dominance they have exercised over Cork City this season that despite not having brought their A game with them to The Aviva, Dundalk were still able to trump their arch-rivals in Sunday’s FAI Cup final.

The score in this season’s most important head-to- heads between the country’s two outstanding teams of the past five years stood at 3-1 in Dundalk’s favour. Consensus among pundits in their analysis of the latest clash is that this was Cork’s best performance; yet, none of them said Dundalk didn’t deserve their 2-1 success.

And to think it was achieved with ace goal-poacher, Patrick Hoban, rarely threatening to add to his impressive 2018 tally. He was tightly policed throughout, never given a chance to test Mark McNulty in the Cork goals.

But there’s more than one string to the bow Stephen Kenny has been playing since piecing together a team comprised of long-servers and others new to the Oriel Park’s environs. On Sunday what the side – which included 13 of the 18 involved in last year’s final – had to offer was good enough to complete the double, the league having been put to bed long before the last game was played.

Now that the season is done and dusted, the Oriel sideboard is once again decked in the domestic game’s biggest and brightest trophies, the man who has achieved more in just six seasons than the men who appointed him could possibly have envisaged, can say to the early season doubters – if he can find them – “I told you so.”

On Sunday Kenny saw one of his most loyal lieutenants, Seán Hoare, go from hero to villain, and another, Gary Rogers, go in the opposite direction. Within a minute of scoring the opener, Hoare needlessly conceded a penalty, which, on another day, Rogers would have stopped.

But then as Cork chased a second equaliser, the big goalie made the save of the match, tipping over after a vicious Kieran Sadlier shot had taken a deflection.

Dramatic stuff on a day Dundalk scored an eighth major win in five years and their manager’s future once again came in for serious speculation. Keeping the trophies at Oriel might be the easy bit.