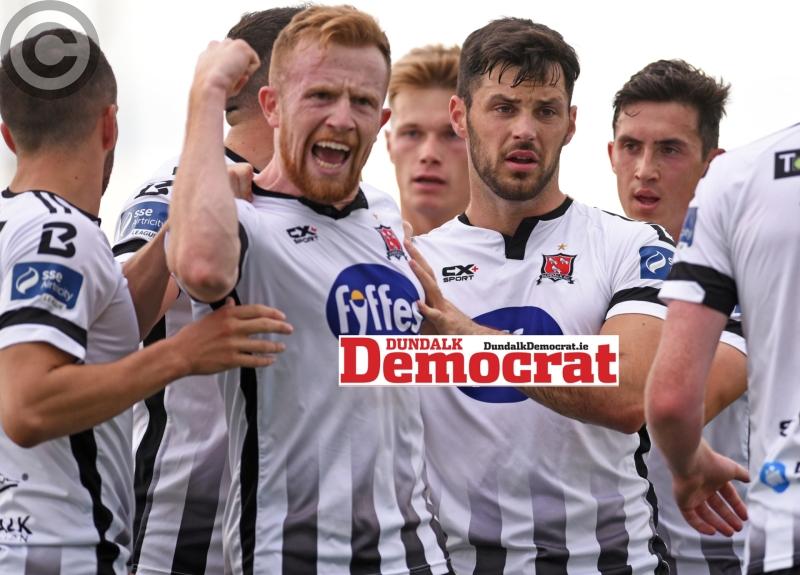 There is a sameness about the line-up for Sunday’s FAI Cup final. This is the fourth successive meeting of Dundalk and Cork City at this stage, the 2014 final being the last in which neither of them were involved on domestic soccer’s biggest day.

That makes the two teams very familiar with one another. Of course they are, and just to make sure they’ll never forget the colour of each other’s jerseys, there have been dozens of league meetings as well.

Has familiarity bred contempt? Let’s just say they are not the best of friends. Games between them are rarely less than feisty, and you can be sure that this time it will be the same, no quarter given or asked for, as the very of best of GAA reports used put it whenever the going was tough.

This season’s league meetings have mostly gone Dundalk’s way, three from four, leaving no doubt as to who has had the upper hand. But Cork haven’t been the only victims. All of the competition’s other eight teams have taken it full on from Stephen Kenny’s record-breaking students. And to illustrate just how dominant the Lilywhites have been, third-place Shamrock Rovers have finished a whopping 25 points in arrears.

The points competition had the look of a two-horse race for a time, but then became as near to a walk-over as made no difference, Dundalk able to look over their shoulder throughout the final few furlongs, not exactly easing up, but showing no need to go for the whip. It’s been a win in a hack canter, the most decisive in quite some time.

And the chances of the ‘Cup being added to the season’s haul? Well, the bookies make Dundalk favourites to avenge last year’s penalty shootout defeat, bringing up the double for the second time in Kenny’s glorious six-year reign. No-one can say the shrewdies with the satchels have got it wrong; but it would be very foolish of anyone wearing the black-and-white to say it’s going to be easy at The Aviva. Cork need a victory like never before, their manager, John Caulfield, more than anyone else. And they’re in form – witness last Friday night’s demolition of Bray Wanderers in the league’s tidy-up.

Word from the Leeside is that Sunday’s match could decide the loquacious Caulfield’s future at Turner’s Cross. His side went into the season as holders of the two main competitions, and for a time made the running in the league. But one slip-up was followed by another, and all the time Dundalk were getting it right.

Europe had nothing to offer; while had it not been for a slice of good fortune in the semi-final with Bohemians, there’d be no appearance in next Sunday’s match. Trailing at Dalymount, the Leesiders got a lucky penalty call in the dying minutes, bringing the tie to a replay. More comfortable in their Turner’s Cross surroundings, they edged home at the second time of asking.

Maybe he didn’t have the same financial backing, but Caulfield hasn’t been as successful as his Oriel counterpart in the transfer market. How he’d love to have lured Seán Maguire back to the ‘Cross.

A return of this goal machine of a few seasons ago - and in the meantime included in Martin O’Neill’s Republic of Ireland squad - may have been out of the question; but when Kenny went inquiring about Pat Hoban, he knew a deal could be done.

And what a dividend this particular piece of off-season work has paid? No man has scored as many goals this season – or any season, since Premier Division football was first played - as the one who’s been called The Hobanator; and what a triumph it would be for him, and Kenny, if he could net a few, or even one - the winner perhaps? - on Sunday.

It will, however, have to be more than a one-man show if Dundalk are to regain the trophy. There’s a clutch of players there lacking in neither experience or medals who’ve a part to play, the likes of Gary Rogers – set to resume his association with his first love, Meath GAA – Brian Gartland, John Mountney, Seán Gannon and Chris Shields.

And Stephen O’Donnell? Another long-server, the club captain made a pleasing return to competitive action in Friday night’s meeting with Bohs, and is reported to be unscathed. Picture it, himself and his stand-in, Gartland, hoisting the trophy on the steps of The Aviva.