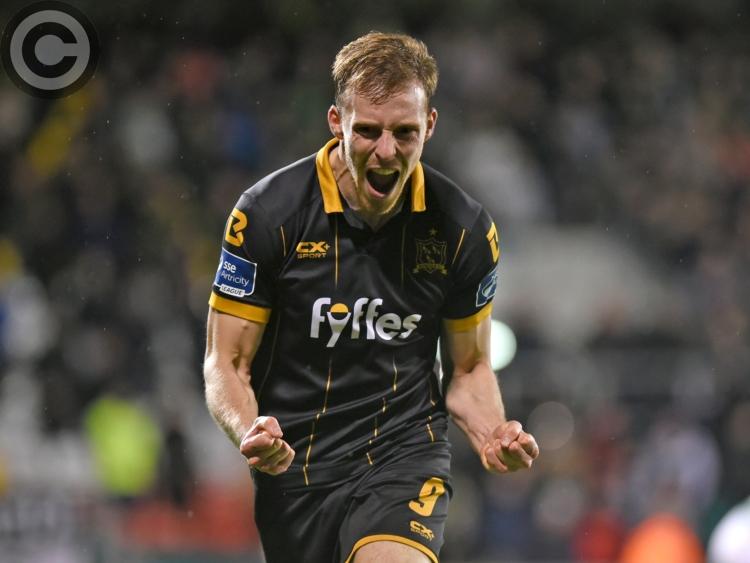 It was a scoring afternoon for former Dundalk FC pair David McMillan and Daryl Horgan in the Scottish Premiership.

Striker McMillan bagged the second in St. Johnstone's 2-1 victory away to Hamilton Academical - a second win on the trot for Tommy Wright's side. The goal turned out to be crucial as Hamilton pulled one back after the Perth men held a 2-0 interval advantage.

Horgan, who recently moved to Hibs from Preston, opened the scoring for the Edinburgh natives at Livingston. However, Neil Lennon's charges were pegged back, suffering a 2-1 reverse. It's Horgan's second goal for the Easter Road team.

No idea how that went in, an absolute scramble in the Livi penalty area and Horgan somehow pokes it over the line, 1-0 Hibs!

Another former Lilywhite, Andy Boyle joined Dundee on-loan from Preston North End yesterday and made the bench, wearing the No. 23 shirt, in a 3-1 home loss to Motherwell.

Dundalk-native Jimmy Dunne was the unfortunate scorer of an own-goal for Hearts today, though his side still defeated St. Mirren, 4-1, at Tynecastle.

Richie Towell - a 2015 double winner with Dundalk - was on the bench for the first time since re-joining Rotherham United on-loan from Brighton for the Millers' Championship clash with Wigan Athletic. He was unused, however, as Wigan, managed by former Sligo Rovers boss Paul Cook, prevailed, 1-0.

The Millers are once again in their yellow and sky blue third kit this afternoon. #rufc pic.twitter.com/XExQYYhQfr