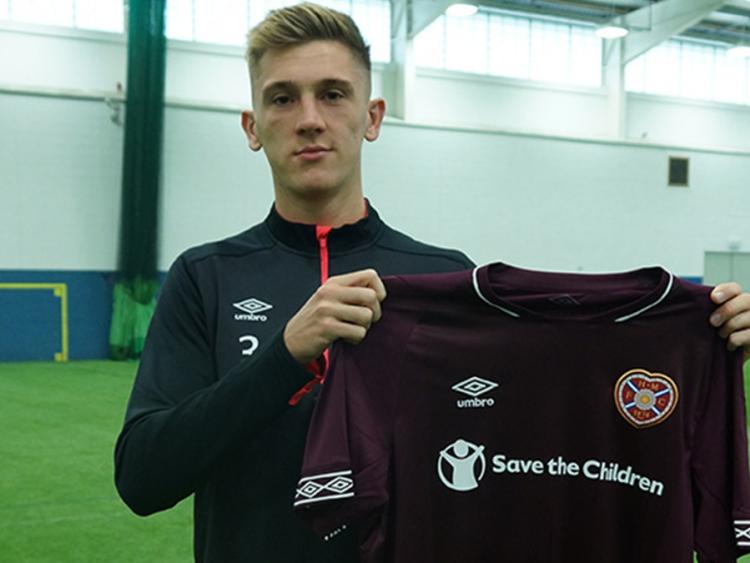 Former Rock Celtic schoolboy Dunne's new 12-month contract sees him extend his stay at Turf Moor until 2020 and includes an option to sign for a further year.

Having made his first-team debut with the Clarets in pre-season, following successful temporary spells at Barrow and Accrington Stanley last season, the 20-year-old defender has initially moved to Hearts until January 7 in a bid to gain first-team experience.

"The new contract gives me not only security, but a chance to be part of a club that is really progressing and has been on the up for the past few seasons,” said Dunne.

“For me to remain part of that is a massive thing for me and my development.

“I will still be in contact with the coaches at Burnley and this time next year hopefully they will see me in a higher position than this summer.

“Hearts have been unfortunate with injuries, particularly at the back, and I feel lucky to have been able to get this deal to hopefully help plug the gap and play in some huge games.

“I know that Hearts have been off to a great start and they’re going to look to continue that run, so I just want to be a part of that.

“It’s a club with an amazing fan-base and seems similar in philosophy to Burnley, which should help me fit in really well.”

Dunne, who was called into the Republic of Ireland U21 squad earlier in the year, joined Seán Dyche's side from Manchester United, whom he moved to as a teenager.

Fitzpatrick’s: The excitement and anxiety of reopening after lockdown

Fitzpatrick’s: The excitement and anxiety of reopening after lockdown