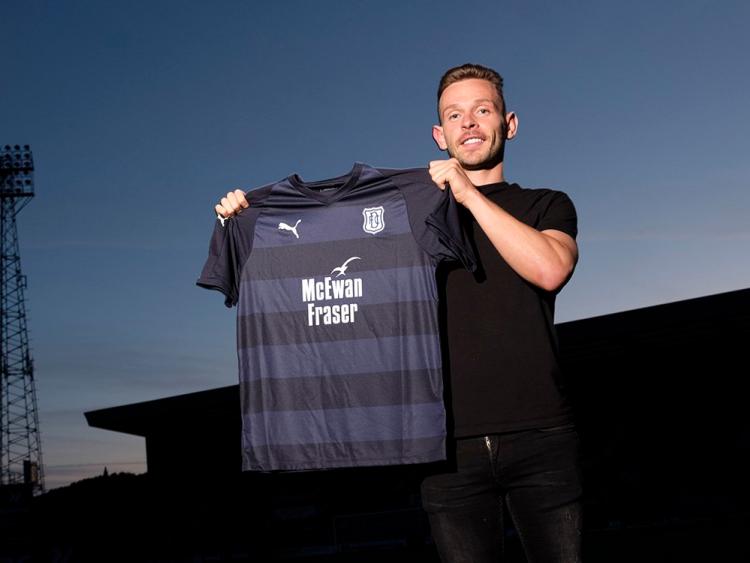 Andy Boyle at his Dundee unveiling.

Boyle's playing time at Preston was limited last season and he spent a portion of the campaign with Doncaster Rovers, before being reportedly told that he could leave North End over the summer.

The Dubliner joined the Deepdale club from the Lilywhites along with Daryl Horgan in January 2017, and both went on to become regulars in their early months.

However, with the arrival of Alex Neil as manager, opportunities for both became scarce and the pair have opted to move across the Scottish border. Horgan is now plying his trade with Hibernian.

Boyle was the second 2015 double-winner with Dundalk to move on the loan deadline day. Richie Towell returned to Rotherham United for the season.