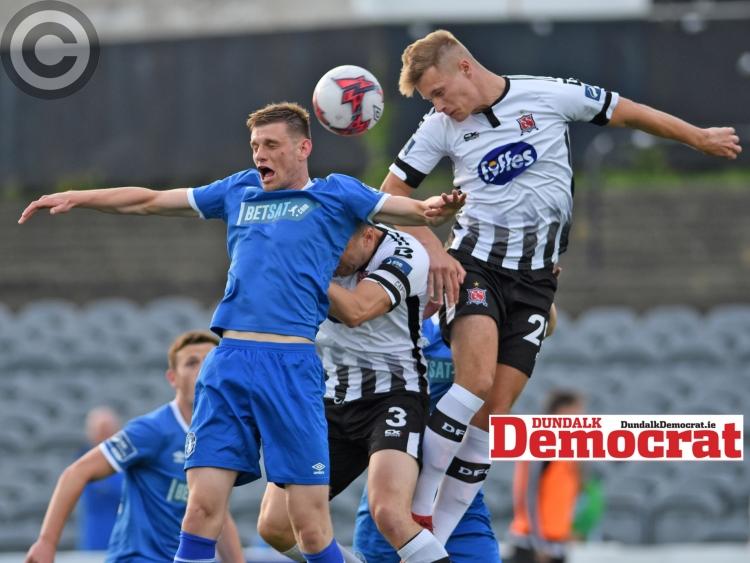 Dundalk FC will visit the Market’s Field in Limerick on Friday night as the SSE Airtricity League Premier Division table-toppers, despite the outcome of Tuesday night's encounter with Shamrock Rovers.

The match will bring to an end a relentless run of games for Stephen Kenny’s men, with five league and FAI Cup matches over 14 days. Though a sixth in 17 is to come on Monday night when the Lilywhites take on St. Patrick’s Athletic in the Leinster Senior Cup.

Matches with the Shannonsiders have been dominated by Dundalk in recent times. Indeed, you have to go back to 2013 for the last time Tommy Barrett’s men produced a three-point return in this fixture.

But this season’s record has been as one-sided as could possibly have been imagined. A staggering 15 goals for and none conceded has Dundalk approaching the trip to the Treaty city in a mood more than confident. That tally is already a record against one team in a season under Kenny.

They also boast a 100% record at the Garryowen venue since the Blues moved back midway through 2015. The teams have met thrice there, with Dundalk prevailing on every occasion on an aggregate tally of 9-1, having scored three times on each visit.

And, following the loss to Rovers, 'keeper Gary Rogers feels having a game in such close succession will help the Lilywhites to flush the disappointment out of their systems.

"When you come off a game like that where you have a defeat, the closer the next game the better. We can't be sulking and feeling sorry for ourselves because if we drop three points down there it would be very disappointing and we wouldn't be one bit happy if we lost two games in a week."

In contrast to Dundalk, who enter with a record of 13 wins from 14 league matches, Limerick have lost four of their last five Premier Division games and approach their duel with the title chasers as considerable underdogs.

They received a boost in the form of a cup win over First Division Cabinteely on Friday night last, but this week they face a team, and a striker, Patrick Hoban, in red-hot form, and who enjoys facing them.

Hoban has scored six times and in three matches versus Limerick this season, including a hat-trick when they last met, at Oriel Park in mid-summer. The prolific number nine is on 25 goals for the season (24 in the league) as he continues his march towards the 30 mark.

Following the departures of Daniel Kearns and Conor Clifford amidst Limerick’s recent spell of financial chaos, defender Shaun Kelly is the only former Dundalk player in the Blues’ ranks.

There will be mutual interest in the goings on at Turner’s Cross on the night too, where Cork City host Sligo Rovers with both sides needing the points for differing reasons. The Leesiders could could go level with the league leaders, should they win and Dundalk lose, while the Bit O’Red can bridge the gap between themselves and Limerick, in the relegation play-off spot, to 11 points with victory.

The visitors will be without the injured Stephen O'Donnell and Karolis Chvedukas, while Seán Hoare is suspended.