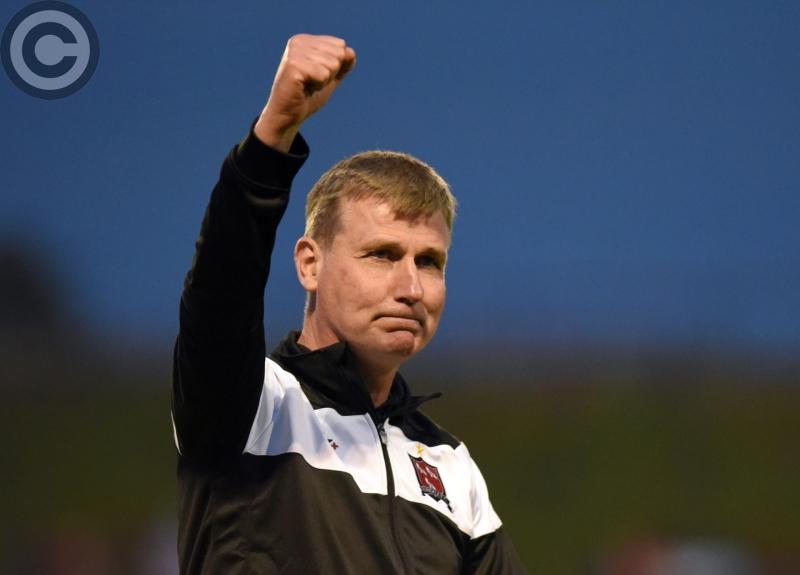 WWW - the wonderful works of a wheelbarrow. I don't know where that saying came from, but when it was popular it would be used if someone got some chore done with the most basic of tools.

WWW stands for something different now, and I was reminded of its magnificence when one of two messages came up on the screen on Tuesday of last week. It travelled all the way from Hanoi, Vietnam's principal city, and centred on, believe it or not, the GAA. More than that, it dwelt, in the early part, on Louth's match with Carlow.

The other message was from much closer to home - Bay Estate - and was penned by the correspondent that provides more grist to the Inside Track mill than anyone else. But more about Jim McCourt later on.

So how could Dr. Colm (Colman) Ross, living thousands of miles away, make a comment on a game that had taken place less than two days earlier?

Well, he'd been able to tune into Colm Corrigan's LMFM commentary, and if there was anything he wasn't sure about, or missed, he could check it out the following evening in the reports carried in the Democrat.

Yes, that's the World Wide Web for you, capable of having the story of matches told as they unfold right across the globe, and then, even before they appear in print, newspaper reports, such as the ones carried in this 'paper.

To many around Ardee and to members of the Louth senior football team of 1973, Dr. Colm would be better known as Colie Ross. He's a son of the legendary Johnny Ross, holder of a number of senior championship medals with St. Mary's, captaining the team that won the title in 1960 by beating Naomh Mhuire in the first final to be played at St. Brigid's Park.

Colie was only a boy when the county team managed by Jimmy Mulroy trained for the league and championship in Ardee's Páirc Mhuire. He would sometimes open up the grounds, and then during training, run for the balls behind the goals.

In his piece, he recalls that Louth team, the last to beat Dublin in the championship. Talking about the Carlow game, he said: "There was a bit of hope (for a Louth win) as the game progressed, and in my head was the memory of the guile shown by forwards on the 1973 team, who could pull a game out of the fire. But not to be, and now it seems that our hurlers have reversed the old order (by winning some of their matches). Cuchulainn would be happy - and Damien Callan, too."

Colie has a suggestion for his boyhood club. "St. Mary's will celebrate their centenary in a decade's time, and what an interesting book those hundred years would make. Paddy King wrote one for the 50th, and maybe the idea of another can be developed." He notes that Ardee lad, Barry Landy (Bartle and Pat's nephew) is on the Democrat staff ("He's a good writer, and I like his style") and says Barry and me (your writer) would be "perfect for the job" (to write the Marys' book).

He makes a claim, however, that had me rushing to check my birth certificate. "You remember the great teams of the late 40s," he says. I don't, but I was there, as a youngster, to see the following decade's teams win championship matches at the Athletic Grounds.

Anyway, Colie says there is loads of material for a good book, and, no doubt, he'll be offering a few suggestions as well as reacquainting with family and former colleagues when he comes home for a holiday next month. He has an eight-year-old son, Liam, who's a keen footballer playing soccer and Gaelic, the latter with the Viet Celts.

As Dundalk and Cork City flip-flop at the top of the Premier Division table, both threatening at times to pull away before being hauled back, Jim McCourt is getting back into the Oriel Park routine. A domestic issue had him marked absent for a while, but, thankfully, things have improved on that score and he looks forward to heading up to the Carrick Road more often.

His first game back was the one against Derry City, which he felt Dundalk should have put away by half-time, "but the draw was still a fair result".

Since then there's been some excellent wins, especially the most recent win over Derry, and whereas Waterford looked a real threat to the big two early on, the old order has been restored, the teams from the opposite end of the country slugging it out, that situation unlikely to change until they get to within the shadow of the finish-line.

Jim retains his passion for the game, and, more particularly, the team fighting out of Oriel. He's grateful to be around for what he describes as the club's "greatest era".