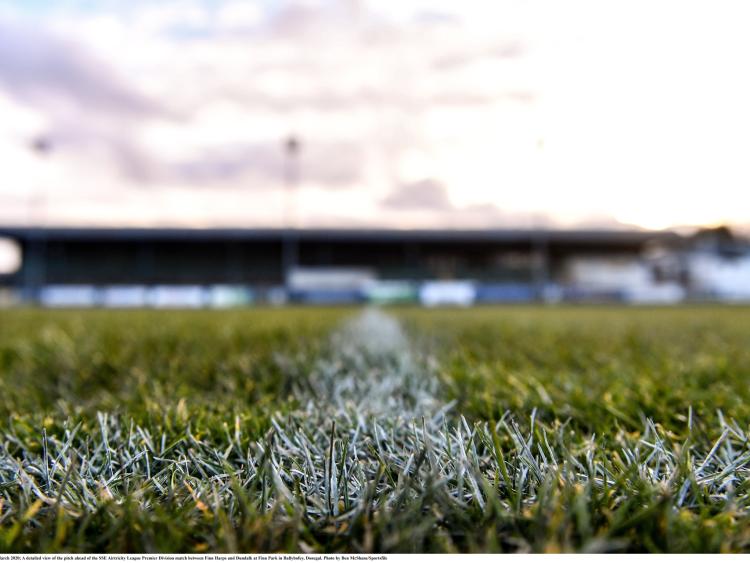 While I know League of Ireland clubs are cash-strapped and underfunded, it doesn’t cost much to establish proper sink, tap or toilet facilities. (Pic: Sportsfile)

Their trip to an old stomping ground is an interesting subplot to a very important game for both sides. Dundalk’s start to the season has been excellent, with four wins and three clean sheets from five matches, while St. Patrick’s Athletic have opened reasonably.

They scored a late home win against Cork City and it’s those type of victories that can set the tone for a team to improve. Stephen O’Donnell seems to be happy with where his side are - I heard him interviewed on the radio on the way home from Finn Harps - and a win like Friday’s can breed confidence.

It could take him a year to really get Pat’s into a position to challenge, given he has the financial backing, but I can see him leading Saints to a good finish this season - with a top-four place not beyond their capability.

The Oriel clash promises to be nostalgic as it’s Benson’s first game back since announcing his departure last November, following four seasons. He will get a great reception as no supporter will ever forget his contribution to the club’s golden era. His goal against BATE is possibly the most historic in Dundalk’s history.

O’Donnell played a significant role in the spell of fantastic success too. For the Pat’s boss, it was sad to see his wonderful career end the way it did. I was in Waterford the night he suffered that terrible injury, but it’s great to see his enthusiasm for the game hasn’t diminished.

I think the match being at Oriel is a good thing for Vinny Perth and his team, especially in round one. It’d be a completely difficult proposition going to Inchicore, which is never an easy place to play, especially when Pat’s are going well. 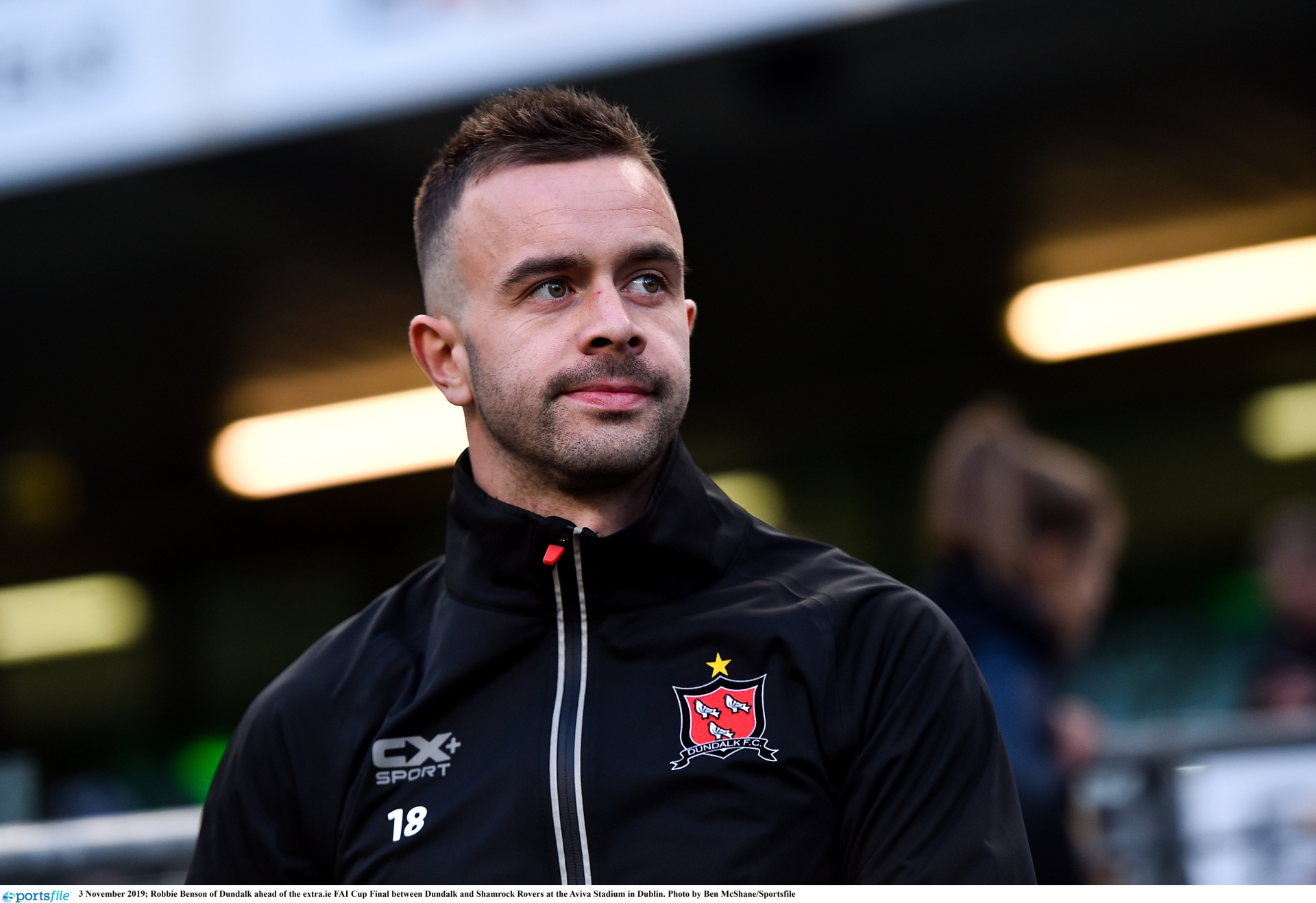 Dundalk will enter the contest full of confidence. As I said, they’ve got off the mark impressively this season and last week’s win at Finn Park was as comprehensive as the 4-0 scoreline suggested.

Michael Duffy and Patrick Hoban were just top-class, the men-of-the-match. Their link-up play for the opening goal on three minutes was wonderful and Hoban’s finish was clinical, the way he curled the ball into the net. When you have a striker and winger playing as well as they are at the moment, good things can only materialise.

Yet, while The Lilywhites were in control, Harps had a spell when the gap was just one goal where they found their feet and Dundalk had to dig in. Gary Rogers produced a spectacular save to keep Ollie Horgan’s men out - it could have been a different game had he not.

What will have impressed Perth most this season is his side’s ability to score goals. They’ve racked up 12 in five outings to date and their play is flowing nicely. The return of Patrick McEleney is significant as well. Stephen Kenny said a few weeks back that Dundalk would really click when his former Derry City prodigy came back to fitness and he looked sharp in Ballybofey. 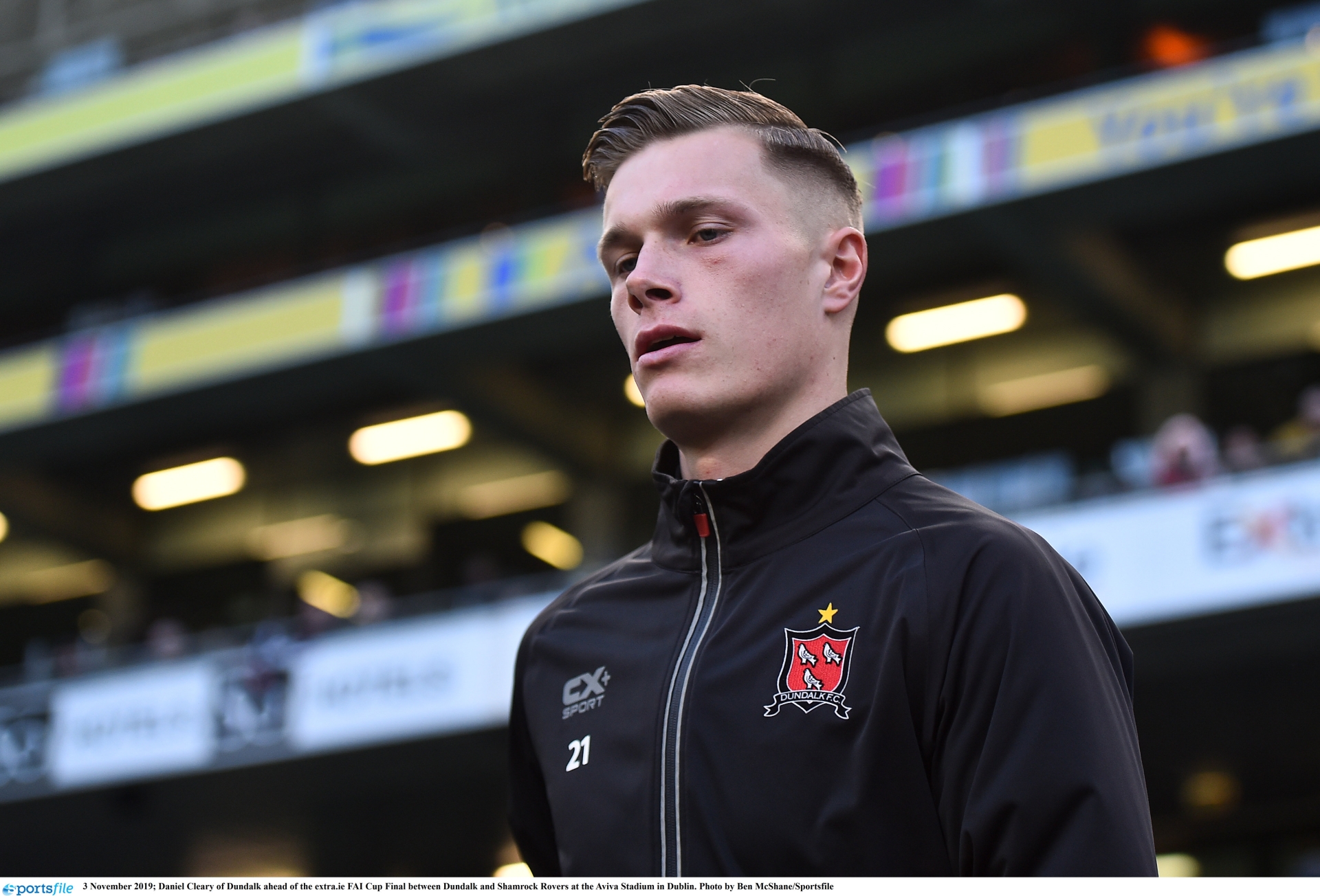 As did Stefan Colovic, the new Serbian signing. He looks a really good player and he was a tad unfortunate not to score when he let go a vicious strike after coming in.

Many were concerned by the departures of Jamie McGrath and Benson before the start of the season and while the jury is still out as to whether they have been replaced, the signs are good. Greg Sloggett has been playing very well and it was great to see him on the scoresheet.

There are so many interchangeable options at Perth’s disposal in both midfield and attack, which gives him the ability to select horses for courses, as they say. There is depth at the back, too, but I’d be less inclined to be altering the defence from game-to-game.

You need a solid base to work off and it was good to see Daniel Cleary back in the heart of the defence, alongside the ever-astute Seán Hoare. I feel Cleary is the pick of a strong bunch and he shores up the backline whenever he plays.

Then you have Brian Gartland, who was so influential towards the end of last season. He formed a watertight partnership with Cleary. I think Brian will get his chance and when he does he may be hard to dislodge.

Just finally, as I said last week, it’s terrible how underinvested League of Ireland clubs and grounds have been and I think the problems were shown starkly last Friday night.

The toilets at Finn Park are the same as they were 30 or 40 years ago; nothing has changed, and they are available for use by both sets of supporters. There was over 1,500 at the match and all had to avail of just one hand-washing unit, if they were even willing to stay to use it.

People, countrywide, aren’t taking the current health emergency and the coronavirus outbreak seriously enough, I feel. And while I know League of Ireland clubs are cash-strapped and underfunded, it doesn’t cost much to establish proper sink, tap or toilet facilities.

These ought to be a priority for clubs because cleanliness and hygiene are of the utmost importance. If people are paying in to grounds, the hygiene levels should at least be of an acceptable level.

And I’m not trying to single out Harps. They’re a great club and I’ve serious admiration for their volunteers and workers who keep the club going; I don’t know how they manage it sometimes. I’d love to see them getting their new ground in Stranorlar as they’ve been waiting for years for it. In fact, it’s a disgrace that they haven’t been backed decisively in their bid.

But, in the meantime, clubs should take action as poor facilities could act as a feeding ground for coronavirus.