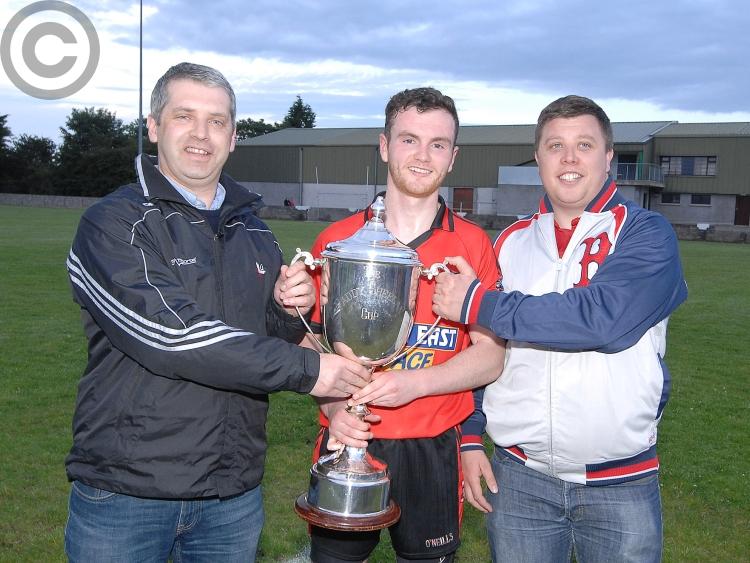 Over the noughties, Mattock Rangers made a habit of grinding out wins against the odds. Indeed, on many occasions St. Patrick’s were on the receiving end of the Collon men’s sharp edges.

Mattock’s stranglehold on club football in Louth may have loosened in recent years but their knowhow in tight matches hasn’t, despite many of their old guard calling it a day.

David Reid and Daniel Bannon are among the few stars who remain from their glory days and the pair led by example as Mattock overcame a poor opening-quarter in coming from behind to deny St. Pats the Paddy Sheelan Cup in Dromiskin tonight.

Reid bagged himself 2-6 in leading the Rangers line before dropping deeper in the closing minutes to ensure his side saw out the game.

His first goal came on 27 minutes when he stole in behind the Lordship rear-guard to blast high to the net, while his second, five-minutes into the second-period, was a terrific team move down the field which saw Cathal Clarke lay the ball across goal for Reid to palm to the net.

Those majors, along with some malfunctioning from the Pats in front of the posts, saw Mattock visibly grow in confidence, denying Davy Nelson’s team an entry route back into the game.

Not even Paddy Keenan could deter the result. Bannon and co. kept the former All-Star’s influence on the game to a minimum, particularly in the second-half where the Pats’ forward options seemed to disappear.

Alan Caraher and Seán Gilsenan had outstanding games in marshalling Danny O’Connor and Ray Finnegan pretty much out of proceedings. It would be unfair at the same time to single-out one particular performer though, as Mattock were better all over the field.

The game was reminiscent of the 2009 championship semi-final, also played Cluskey Park, where Collon ground out a victory for themselves, despite the peninsula outfit racing out of the blocks first.

In fact, it was almost a carbon copy of that game as wonderful points from Conor Grogan, Cathal Grogan (2), Evan White and Keenan helped the Pats into a 0-5 to 0-2 lead after 11 minutes. 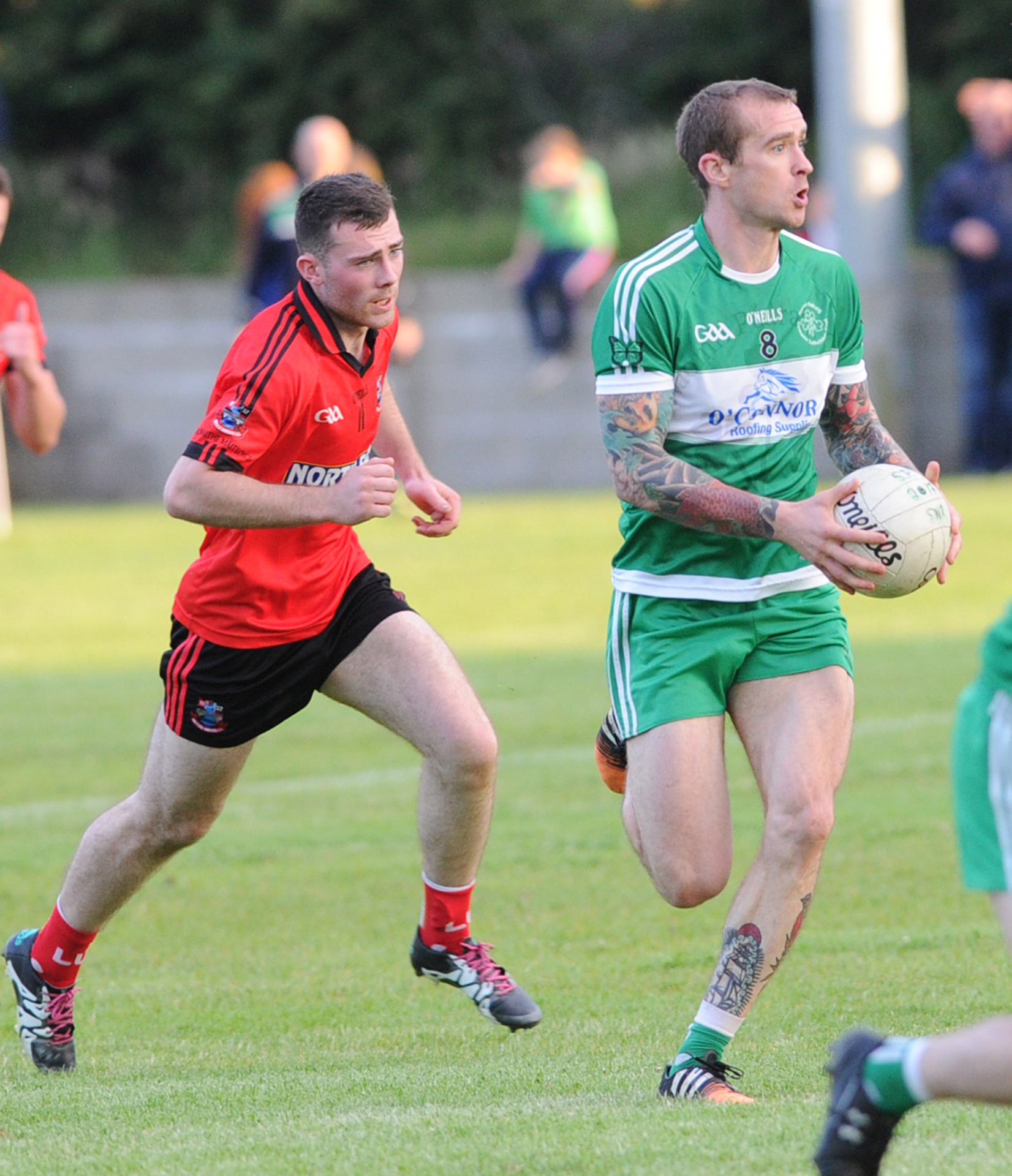 Reid had struck the victor’s first two-points, the second from a free, before a strong middle-third of the half saw Mattock come storming back, with Alan Caraher’s sweetly struck point after 15 minutes the trigger.

Aaron O’Brien and Keenan (free) traded points before Reid recovered from shooting two off target to put Rangers into the lead with a goal having been fed by captain Michael McKeown - his strike sent Mattock to the break 1-5 to seven-points in front.

Conor Grogan got the first point of the second-half as the Pats looked the livelier on the restart. However, poor shot selection let them down as, Reid punished them with a second major on the breakaway before following it up with his fourth-point of the contest.

Keenan’s fourth and fifth points of the game cut the deficit to two, 2-6 to 0-10, with 14 minutes remaining. Those proved to be his team’s last scores until substitute Seán McGeough raised a white flag with two-minutes remaining.

The Pats hit 11 wides, seven of which came after half-time, and their frustration became apparent as Mattock deprived them of possession for long spells in the closing stages.

Mattock out-scored their opponents five-points to one in the final moments to establish a six-point lead before O’Connor took the dirty look off the scoreboard for the Pats with a goal five-minutes over time. 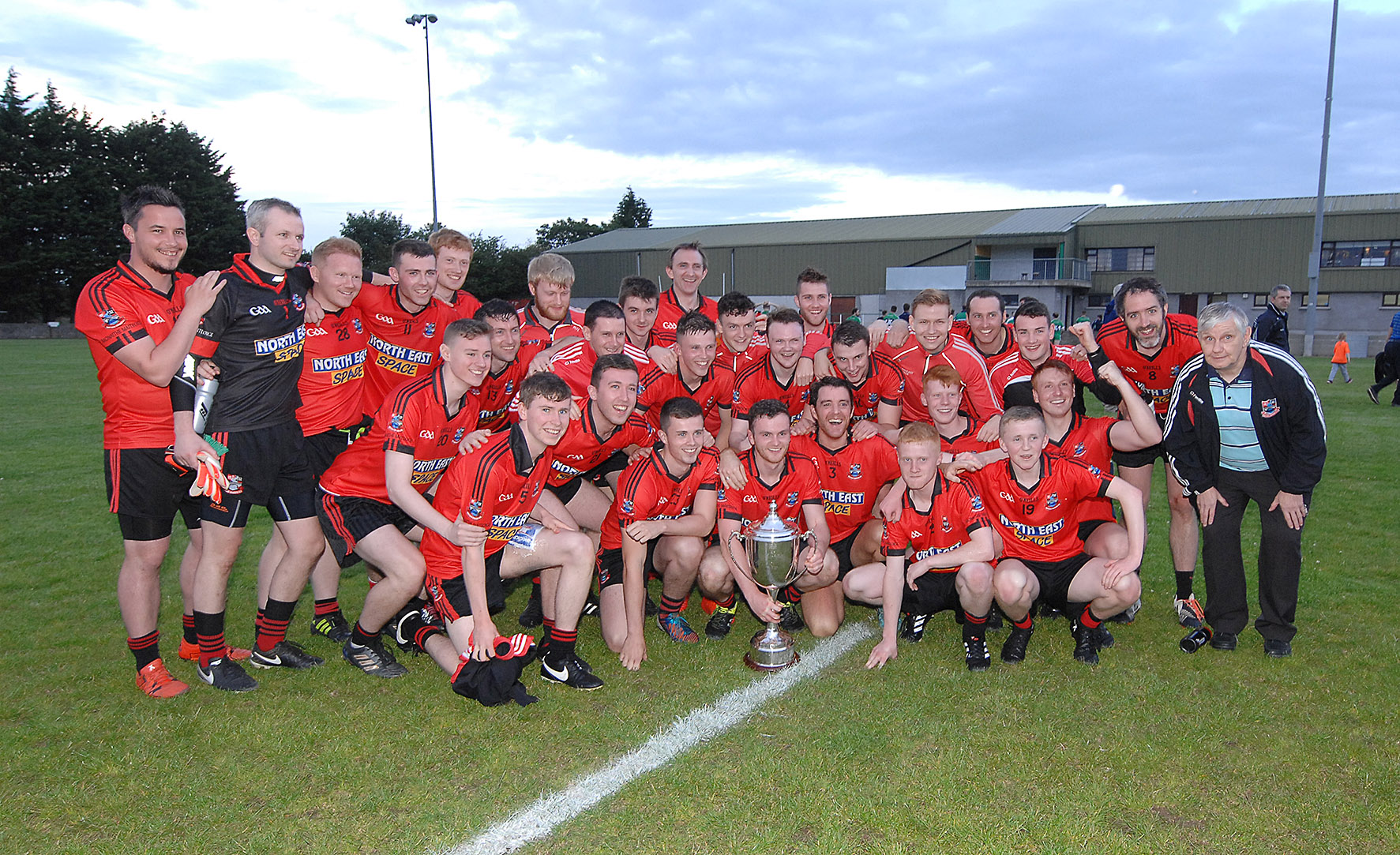