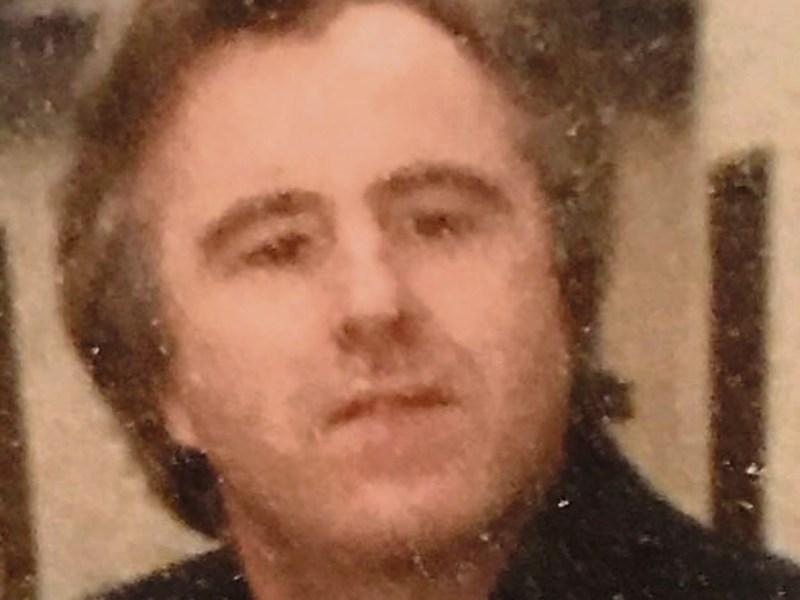 The death occurred, unexpectedly of Paddy (Lacka) Coffey at his residence at Cluan Enda on July 27 last.

He was a quiet and popular man with a high level of intelligence who kept to himself with a love and taste for the finer things in life. He was very fond of classical music, and loved nothing better then to sit down and sip his favourite tipple and listen to it.

Richard Wagner had a special appeal for him, but he possessed a vast collection of classical CDs, and also was a big fan of the late Leonard Cohen and loved listening to his music. Bryan Ferry was another favourite of his

He also enjoyed listening to live music with his favourite haunt the Crowe’s Nest in Crowe Street where he socialised with friends.

He also had a great love of and was a very talented chess player and tested his skills on line against some highly accomplished players which turned into marathon games. With his cerebral power he also enjoyed the challenge of crosswords.

He was brought up and lived practically all his life in Cluan Enda.

He was the fifth of seven children born to Andrew and Nancy (née Mc Bride) Coffey.

He went to school in the Christian Brothers and Dundalk Technical School. Afterwards he worked in the former local coachbuilding firm of Tommy McArdle and also in the Anglo Irish Meat plant in Ravensdale before he went off to England.

He stayed there for over a decade and a half, working in the building trade. He returned then to Dundalk and resided in the family home.

He didn’t enjoy the best of health over his final years but didn’t complain and got on with his life.

He loved making his way to Tesco and back on his bicycle to do his shopping.

He was familiar on his weekly trips and had an eye for a bargain.

He was predeceased by his parents along with brother, Tim and sister, Collette (in- infancy).

Funeral Mass was celebrated by Father Eamon Kavanagh who delivered the eulogy.

The Readings were given by his niece, Andrea Coffey and nephew, Niall Coffey.

The Prayers of the Faithful were led by Tony Coffey, Oliver Rowntree, Andrea Coffey and Niall Coffey.

The Offertory gifts were taken up by brothers Andy and Michael.

Brother Andy gave a reflection on Paddy’s life after communion.