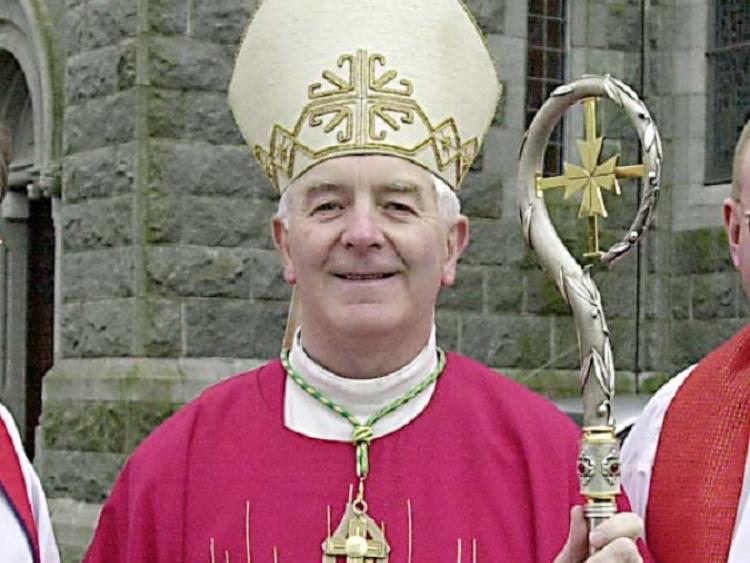 The death has occurred of Dundalk born Bishop Gerard Clifford.

"Together with Cardinal Séan Brady, my fellow bishops and the people, clergy and  religious of the Archdiocese of Armagh I am deeply saddened to hear of the death today in Dublin, of my dear episcopal colleague and friend Bishop Gerard Clifford.

We have always held Bishop Gerry in great affection and esteem.  He was a devoted and generous priest and bishop who reluctantly had to resign from active ministry in 2013 due to ill health.  Sadly, since then, he has had to endure increasing frailty and illness and he has done so with characteristic courage, patience and faith.  When he retired, Bishop Gerry acknowledged and thanked the people of the diocese for “their great warmth and affection”.   These were precisely the qualities that everyone received from this good and faithful priest and bishop.

Bishop Clifford was a holy and humble man who instinctively placed the concerns of others first, as befits a true messenger of the Gospel.

Born in the border parish of his beloved Lordship and Ballymascanlon, Bishop Gerry was a tireless peacemaker and bridge-builder.  He was one of the great figures of the ecumenical movement in Ireland - a role he accomplished through gentle friendship and witness.  His episcopal motto in 1991 was “That all may be one”, from Christ’s prayer at the Last Supper.  Bishop Gerry said at the time that “the unity implied is a firm ‘yes’ to the way of love and a firm ‘no’ to the way of hatred”.   He placed great store in the innate decency of people and he used every opportunity to heal the wounds created by violence, distrust and fear.

Bishop Clifford served with distinction as a member of the Irish Catholic Bishops’ Conference for more than twenty years, having previously served as its Executive Secretary.  His episcopal ministry involved working in ecumenism, education and, as President of Cura, in the pastoral care area of crisis pregnancy.

In my visits to Bishop Gerry in recent weeks and months he seemed at peace.  As he was a man of deep faith I ask you to join with me in prayer for the repose of his soul.  May he rest forever in the peace of The Lord whom he generously and faithfully served.  May God console his sister Rose, brother Christopher, his extended family, the people, priests and religious of the Archdiocese of Armagh along with his many friends.

Gerard Clifford was born on 24 June 1941 into a farming family, the second child of the late Thomas and Margaret Clifford of Bellurgan.  He was educated at Bellurgan National School, Bush Vocational School, Saint Mary' s College, Dundalk, and Saint Patrick's College, Armagh, he studied for the priesthood at Saint Patrick’s College, Maynooth.  Ordained to the priesthood on 18 June 1967, he undertook post-graduate studies both at Maynooth and at Lumen Vitae, the international catechetical centre in Brussels.

From 1969 to 1979 he was appointed Director of Religious Education in the Archdiocese of Armagh.  He liaised with all the schools of the diocese and published several guides to help parents in the religious formation of their children.  After the 1979 pilgrimage by Pope Saint John Paul II to Ireland, Father Clifford was part of the response by the Catholic Church in Ireland to the late Pope’s special appeal for Churches to work more closely together.  He undertook this work in partnership with the late Church of Ireland Canon William Arlow.  In 1979 the late CardinalTomás Ó Fiaich appointed him ecumenical and reconciliation officer of the diocese, with a base in Richill, near Portadown.  He worked closely with Canon William Arlow, who held a similar post in the Church of Ireland.  Bishop Clifford regarded his ecumenical involvement as one of the most important aspects of his life as a priest.  His interest in ecumenism went back to his student days - his theological degree was awarded for a study of ministry in the Anglican Church.

As ecumenical and reconciliation officer, he organised ecumenical talks twice a year between the diocese and Saint Anne’s Cathedral, Belfast.  He was responsible for organising the inter-church services in Armagh Cathedral during the annual Week of Prayer for Christian Unity, which brought a number of prominent ecumenists from abroad to Northern Ireland.   With Canon Arlow he organised a major ecumenical pilgrimage to Iona in 1984.  Also in the 1980s he brought a group of young people from Portadown to Philadelphia as part of an exchange programme .  He was a member of the Ballymascanlon Inter-Church committee and co-chairman of its joint working party on social problems. With Bishop Anthony Farquhar he was observer for the Irish Catholic Bishops to the then newly-formed Council of Churches of Britain and Ireland.

In 1984 Father Clifford was appointed first full-time executive secretary of the Irish Bishops' Conference.  He was also joint secretary of the liaison committee which links the bishops of Britain and Ireland, and regularly represented the Bishops’ Conference at meetings abroad.