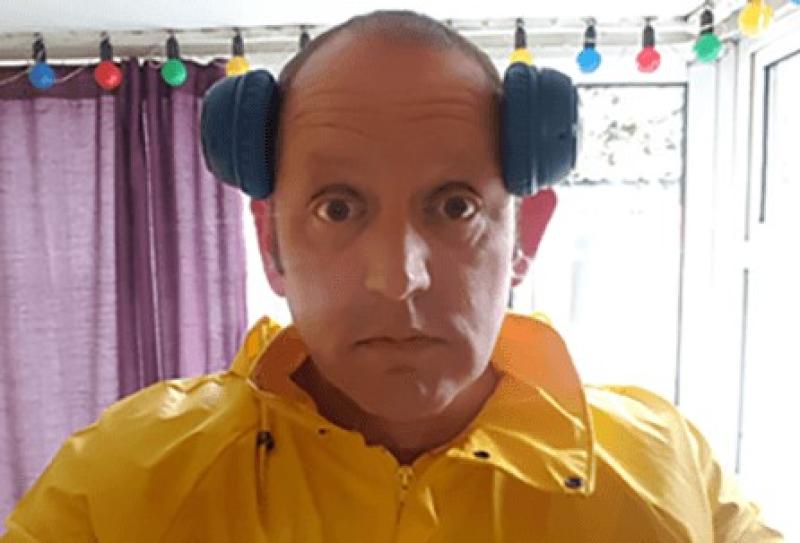 Local Dundalk musician Pete Johnson is set to make an appearance on a US-based music podcast highlighting underground musicians and their work.

The podcast, known as the “Punk n’ Preppy Show”, is an American-run podcast, set up by a husband and wife duo who are massive music fans, and who took interest in Pete’s music over the lockdown.

Pete said that being reached out to and interviewed by the hosts was “humbling” and that it was “really nice” to be featured.

“The fact that there are people in America who are interested in my music is extremely humbling and class, and I’m really happy about that,” said Pete.

“It’s nice to get a little bit of attention for all the stuff that I’ve done down through the all the years.”

According to Pete, throughout the podcast he delves into his careers as a musician, in bands like Rumble, or his solo work with albums like “Get on with it” and “Screwball”.

Throughout the podcast, one of the topics that have been focused on is mental health, with Pete detailing his own experiences with mental health and how he now seeks to promote speaking openly on the subject.

His last solo album, “Screwball”, deals heavily with his own mental health issues, after was in denial over his own mental state after the passing of his friend and manager in a tragic accident several years earlier.

“I kind of went into denial about what happened in terms of my own mental health and my mental breakdown,” said Pete.

“I started telling lies about it and I just kind of tried to erase it out of my life.

“Then I decided ‘no, I’m actually going to talk about it’, and that’s when I wrote my last album, which was Screwball.

“Once I started speaking about it, it was like a weight lifted off my shoulders and it was such a big relief.”

Since he recorded the podcast with the hosts, Dorothy and Matt Henderson, who are from a town in Pennsylvania called Bethlehem, Pete has become fast-friends with the two.

He has since said that he and Robbie Sharkey, who make up the band RP3000, will come to the town next year and play a gig at a local festival.

On the podcast itself, Pete speaks about his writing process, as well as his feelings about the current state of the music industry.

For Pete, the most important thing to him about music is the creation of the art, rather than the monetary success that can stem from it.

“If you end up with a piece of art that you’ve really enjoyed, that’s a success,” said Pete
“It all depends on how you measure success and therefore, you should never be afraid of what anybody thinks. That’s very important when you’re doing music I find.”

The podcast is set to be released on Saturday August 7th, premiering at 7pm Irish time on the Punk n Preppy YouTube channel.