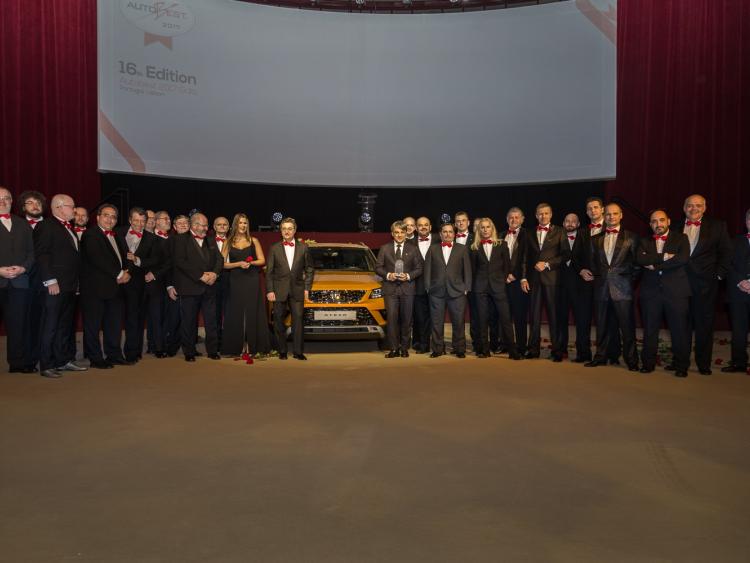 The SEAT Ateca received its first international accolade in Lisbon yesterday with the AUTOBEST recognition of the car as “Best Buy Car of Europe in 2017”.

The prize-giving hosted by the Portuguese capital gathered representatives of the main European manufacturers, industry referents and the AUTOBEST’s awards panel, led by their Chairman and Founder, Dan Vardie. SEAT President, Luca de Meo, was accompanied by executives of the company and part of the team involved in the awards.

De Meo expressed his pleasure at the prestigious award. “The Ateca was our main player in 2016, achieving important awards and doubling the sales forecast. The AUTOBEST panel’s recognition is a source of pride for SEAT because it shows that our range, which in 2017 will be strengthened with the launch of the new Ibiza and the SEAT Arona, is widening in the right direction”.

Dan Vardie, AUTOBEST Founder & Chairman, said that “The victory of SEAT Ateca is representing premieres for both SEAT and AUTOBEST. With a clear victory coming from the 31 Jury members from as many European countries, SEAT is taking the first AUTOBEST award in the history of the competition. The Ateca is a very convincing expression of SEAT's ‘Created in Barcelona’ concept, a new brand philosophy pioneered by the Spanish producer. Having the ‘BEST Buy Car of Europe’ a SUV, is a clear sign that these segments are representing the future of mobility, with a remarkable increase in the years to come. With Ateca and the other models coming on, SEAT is placing itself in the core of new trends of motoring. On behalf of the Jury members and myself, It is a great pleasure to congratulate all the people involved in the project”.

With its best sales since 2007, in 2016 SEAT delivered 410,200 vehicles, 2.6% more than in 2015. A considerable boost comes from the Ateca, with 24,200 cars delivered in its first six months on the market. The Ateca’s success comes in addition to the growth of the Alhambra and the Leon, which is the brand’s best-seller model.