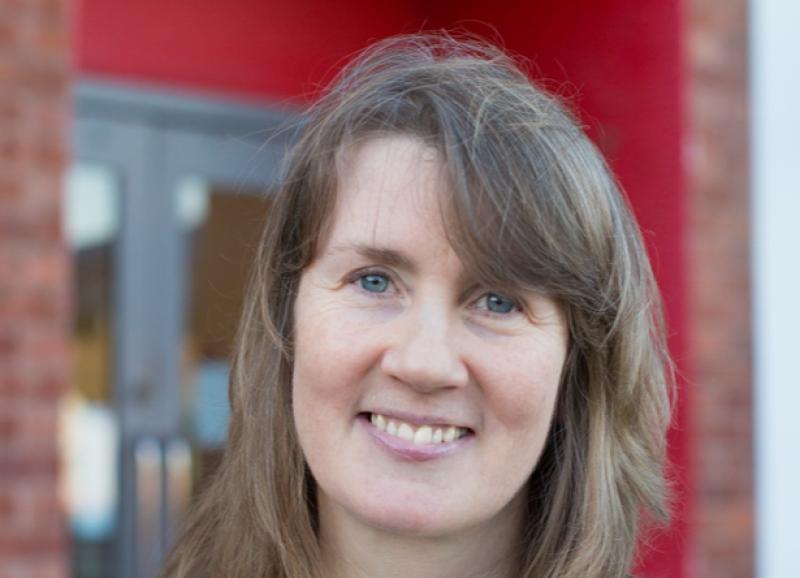 There were double celebrations in Jacqui O’Hanlon’s home on New Year’s Eve as she received the news she had been awarded an MBE in the Queen’s New Year Honours list for her services to the Arts.

Jacqui, whose father was originally from the Greenore Road in Carlingford, spent part of her childhood in the village attending the local primary before her family moved back to Birmingham.

Today she is the Director of Learning for the (RSC) Royal Shakespeare Company, a job which sees her travel across the U.K. helping young people to engage and better understand the works of The Bard.

The Democrat caught up with her to discuss her life, her  work and winning an MBE.

She recalls the first time she read a Shakespeare play.

“We moved back over to Birmingham and that’s where I got my secondary education and first introduction to Shakespeare.

“I really loved it from the word go, despite the ‘funny’ language.

“A teacher came to my school and began to do drama in the school and soon I acted in plays and that’s what made me think gosh I’d love to do that.

“I was lucky enough to go to university and do a degree in theatre and have been able to make that my career.”

Jacqui started her career as an actor setting up a theatre company that would take adaptations of Shakespeare’s work into schools.

“I spent some time in repertory theatre but education work was always part of what I did and I began to do more and more of it using Shakespeare’s work to help with literacy and using drama to help kids with their self-esteem.

“Then a short ten month contract came up at the RSC in the learning department and I always wanted to work there so I took it and I’ve never left!”

A core part of Jacqui’s work is getting children past the dense language of the plays to a fuller understanding of the texts.

“Shakespeare is very difficult, but actually everybody finds it difficult.

“There isn’t anybody I know who can pick up a Shakespeare play for the first time and completely understand it.

“Lots of our work is about giving young people ways of understanding the clues that Shakespeare gives you in the text, many of which you learn as an actor at the RSC, and it helps them to decode it, it’s like a detective with a puzzle.

“And when they’re given the keys to that puzzle, that makes a real difference to them and their appreciation of the work.

“We’ve done research that shows that changing the way a child thinks about Shakespeare can have a really positive impact on how they think about school more generally.”

But it’s not solely in the classroom that her work has an effect.

“What we also found out is that it really changes what children think they can achieve.

“They take an attitude of ‘well if I can do Shakespeare I can do anything’ and this can have tremendous effects on their confidence and self-esteem.

“I find that when you work on them [the plays] with children and young people, they just ask such interesting questions and have the most interesting takes on the plays and parallels between the play and the world we’re in today.”

Most would think getting young people interested in Shakespeare is a hard sell but Jacqui says she’s continually surprised at how well the plays are received, something she puts down to the universality of the works.

“It’s the beauty and complexity of the language and when that is decoded you find he has an extraordinary ability to write about what it’s like to be human and what it’s like to experience love, pain, sorrow and a whole range of other emotions.

“But the other thing is that his work has a way of connecting with literally everybody.

“No matter what kind of life you’ve lived or where you live in the world, Shakespeare’s plays will have something to say to you.

“If you look at India or Africa or China Shakespeare has a really strong place in those countries even though they are very different culturally, it shows his plays have an ability to speak to you no matter the context you’re living in.”

Her work has clearly made an impression as she was nominated for the MBE by an anonymous person.

“I got a letter on New Year’s Eve that told me I was officially being awarded it and that it would be announced that night on the New Years Honours list.

“I was really thrilled, incredibly surprised, and incredibly humbled to be given the award and it’s very generous of whoever nominated me, even though I don’t know who they are.

“I’m incredibly privileged to do the job I do, it’s a job I love and really believe in,” she concluded.