Louth man, Captain Mark Duffy, was one of four crewmembers who died in the crash 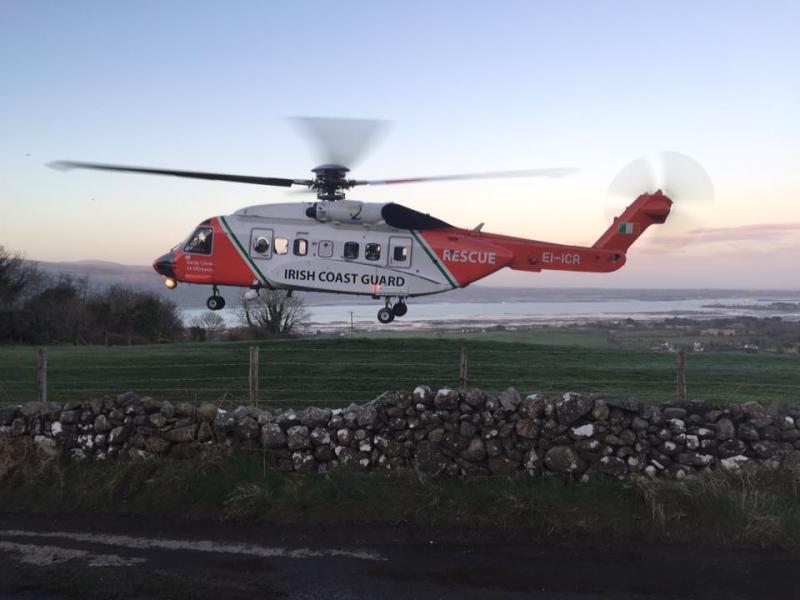 The final report into the fatal Rescue 116 helicopter crash, in which Louth man Mark Duffy was tragically killed, is set to be published later today.

The four crew on board the Rescue 116, Captain Mark Duffy, Captain Dara Fitzpatrick, winchman Ciarán Smith and winch operator Paul Ormsby lost their lives after the helicopter crashed in Mayo on March 14th 2017.

The aircraft crashed into Blackrock Island, which is just off the coast of Mayo.

The rescue craft was set to refuel at Blacksod before it began a rescue operation.

The bodies of Captain Mark Duffy and Captain Dara Fitzpatrick were recovered in a search, but the bodies of Ciarán Smith and Paul Ormsby were never found.

The Air Accident Investigation Unit (AAIU) has published its final report into the Rescue 166 crash.

During the flight, Rescue 116 was flying at 200ft and was nine nautical miles from its landing point at the time of the fatal crash.

According to the report, the “probable cause” of the crash was due to poor weather, poor visibility and the crew being unaware of the 282ft tall island in their flight path.

The report also focuses on Blackrock Island not being on their flight databases or warning systems, as well as the Route Guide not specifying minimum altitudes during specific legs of the journey.

The helicopter operator, CHC Ireland, is also mentioned in the report, with weaknesses in how the operator handled risks.

“There were serious and important weaknesses with aspects of the Operator’s SMS including in relation to safety reporting, safety meetings, its safety database SQID and the management of FMS Route Guide such that certain risks that could have been mitigated were not,” reads the report.

The report also details that there was “confusion” at a state level around responsibility for oversight of Search and Rescue operations.

In a statement this morning, the Department of Transport said that they fully accept the report and will evaluate it in the coming weeks.

Minister for Transport, Eamon Ryan said that it was a tragic accident and gave his condolences to the families impacted by the tragedy.

“This was a tragic accident that claimed the lives of four individuals who were dedicated to saving the lives of others. I would like to again convey my condolences to the families and loved ones of the R116’s crew at this time,” said Minister Ryan.

“The completion of the investigation and the publication of the report is a key step in ensuring that such accidents are prevented in the future.”

EXCLUSIVE: At least 10 houses in Louth impacted by mica scandal