EXCLUSIVE: At least 10 houses in Louth impacted by mica scandal

There are at least 10 homes in Louth facing issues with defective blocks, with Housing Minister Darragh O’Brien saying impacted homeowners should be able to access the updated redress scheme.

The Democrat understands that there are at least 10 houses in Louth that are impacted by the Mica and pyrite scandal, which has seen homes in Donegal and Mayo crumbling around their owners.

The Democrat put the issue of defective blocks in Louth to Minister for Housing, Darragh O’Brien, who said that the Mica and pyrite redress scheme could be done on a national level.

Speaking to the Democrat, Minister O’Brien said that the new planned redress scheme would be put on a legislative footing rather than a regulatory footing to allow people outside the worst impacted counties to receive redress.

“I think the new scheme is going to need to be underpinned by legislation for that very reason [defective blocks in other counties],” said Minister O’Brien.

“I believe that there will be other counties that will be impacted, so I think we need to legislate for it as opposed to just doing it by regulations.

“Should it pass that homes in Louth have, be that either pyrite in the block or mica, that I would expect with the changes that I make, that they will be able to access the scheme.”

However, the Minister caveated that this was all subject to cabinet approval once the scheme is brought forward, with the planned date being November 9th.

Independent TD for Louth, Peter Fitzpatrick has previously raised the issue of Mica in Louth to the Minister for Housing through parliamentary questions and has been working with local families who are impacted by the scandal. 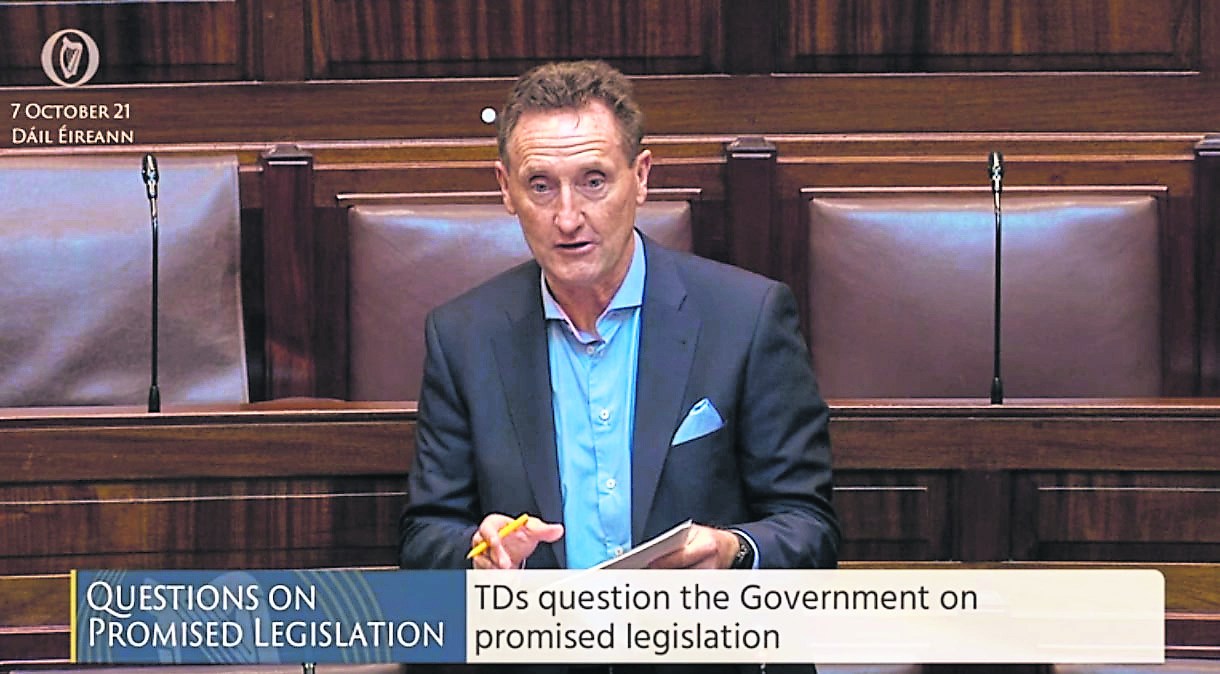 Independent TD for Louth Peter Fitzpatrick speaking in the Dáil

Speaking to the Democrat, Deputy Fitzpatrick said that the ongoing issue around defective blocks is badly impacting the mental health of the affected families.

“You imagine, all people want their home and people invest big time and money into their home and all of a sudden you look around and your house is crumbling and its nothing to do with you.

Minister O’Brien said that he was examining whether or not to have other stakeholders in housing, like insurers and financial institutions, pay into the scheme to help reduce the cost to the state, with Deputy Fitzpatrick agreeing.

Deputy Fitzpatrick said that people had bought their homes in good faith and that he expects to see people made accountable for the damage done to many peoples homes.

“There’s a major fault there and somebody needs to take responsibility here,” said Deputy Fitzpatrick.

“The end-user, which is the person who bought the house or built the house and paid for the house, why should they be paying further.

“That’s why they paid a high premium for a product, that it passes specification.”

It comes as the new scheme for mica redress is set to be brought to the cabinet by Minister Darragh O’Brien this month.

In recent weeks, protestors from the west of Ireland have travelled to Dublin to protest, seeking 100% redress for the cost of their crumbling homes.