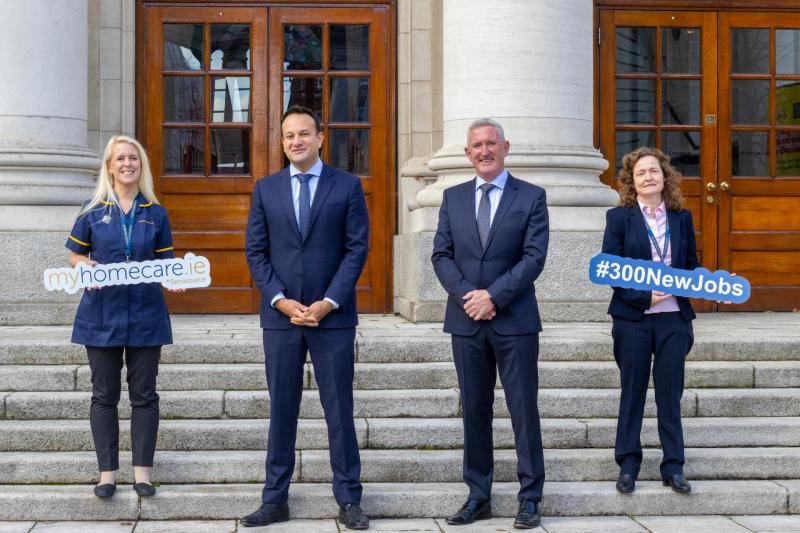 Dundalk-based healthcare company, Myhomecare, is set to more than double its workforce, with 300 new jobs set to be created by the company.

Myhomecare, which was established in Dundalk in 2006, currently employs 220 people nationwide in both homecare and administration roles.

The recruitment campaign comes due to the high levels of demand for home care, especially moving into the winter months, with 95% of the new jobs set to be homecare nurses or homecare assistants.

Speaking on the announcement, Tánaiste and Minister for Enterprise, Leo Varadkar said that it was an “incredible expansion” for Myhomecare.

“This is an incredible expansion by Myhomecare, doubling its workforce and creating 300 new jobs,” said the Tánaiste.

“These additional homecare nurses and assistants will make a big difference to countless people and families up and down the country, allowing those with additional needs to stay in the comfort of their own home.

“It will of course also take some pressure off of hospitals, by allowing people to return home and be looked after there, rather than in a hospital.”

Deirdre Doyle, Operations Manager at Myhomecare said that she was excited to bring the new staff into the company, and that she knew what it was like to have an impact on a person through homecare.

“From my own previous experience as a healthcare assistant, I understand the impact and responsibility these roles bring. It is such a rewarding career knowing that we are making a difference in the lives of those most vulnerable in our community,” said Ms Doyle.

With the 300 additional staff, Myhomecare will have over 520 employees employed nationwide, with services designed to help expecting mothers, babies and the young and old from “birth to retirement and beyond”.

Fine Gael Senator for Louth, John McGahon welcomed the campaign, saying that it was fantastic to see a company from Louth making an impact.

“Supporting our elderly community in continuing a safe and independent life in their own homes is something we should always strive for and these new roles will certainly assist in achieving this.”