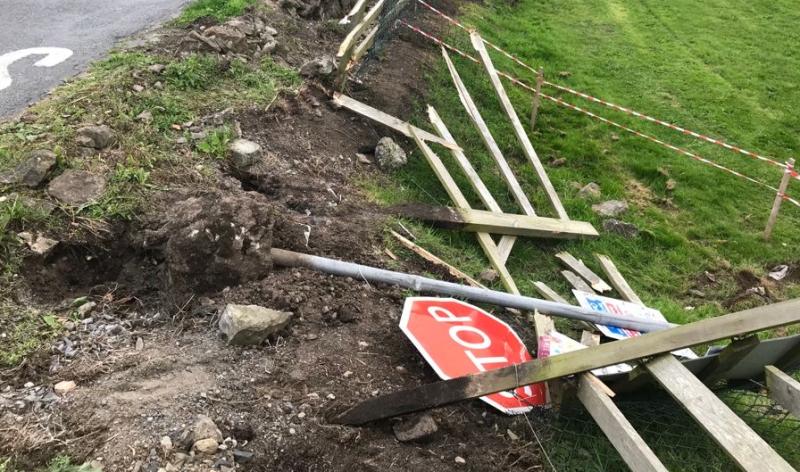 Councillor John Reilly has called on Louth County Council to place a weight restriction on a stretch of road where an accident recently occurred.

Cllr Reilly wants a weight restriction to be introduced on the road from Carrickedmond in Kilcurry across to the Annies and Whitemill in Faughart to prevent large trucks using the route.

Cllr Reilly said this stretch of road is being used as a shortcut from the main Armagh Road to the Ballymascanlon roundabout due to roadworks currently being carried out at the Sportsman Hall.

This whole problem has been brought to a head by a recent accident at the crossroads in Carrickedmond or better known locally as Skullhill cross, according to Cllr Reilly.

Cllr Reilly said that construction vehicles and large trucks are using this road on a regular basis, which led to a recent accident where a car was forced off the road and ended up in the playing field of Scoil Phadraig Naofa.

"Luckily, the children were inside at the time and a serious accident was avoided", Cllr Reilly said.
"In light of this, a weight restriction seems necessary before a more serious accident happens.

"Several concerned parents have contacted me about the safety issue at this junction."

Cllr Reilly said his first priority is to try and discourage trucks from using that road unless they have legitimate business in that specific area.

The area of the Whitemill has several bad bends and the road, as it currently stands, is not adequate for the volume of traffic, he continued.

Cllr Reilly said will be pushing for Louth County Council to proceed with this restriction as a matter of priority.

The app, Map Alerter, will provide updates on issues like water outages, road closures and flooding