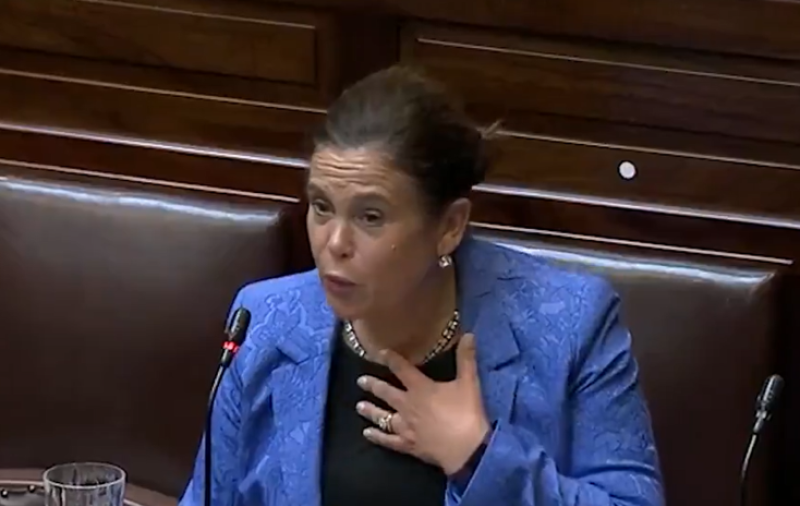 Taoiseach Micheál Martin has been told he's "mansplaining" by the Sinn Féin leader during a Dáil session on promised legislation.

The term, which has come into use in recent years, reportedly means 'the explanation of something by a man, typically to a woman, in a manner regarded as condescending or patronizing'.

Mary Lou McDonald TD made the comments after a response from the Taosieach on her question about data centres.

According to Taoiseach Martin, the issue had already been made by another deputy and he said, "You didn't think it was that serious to raise during Leaders' Questions."

Deputy McDonald replied to say, "Can I thank the Taoiseach for mansplaining the importance of a public policy issue to a mere woman like myself, you're very good."