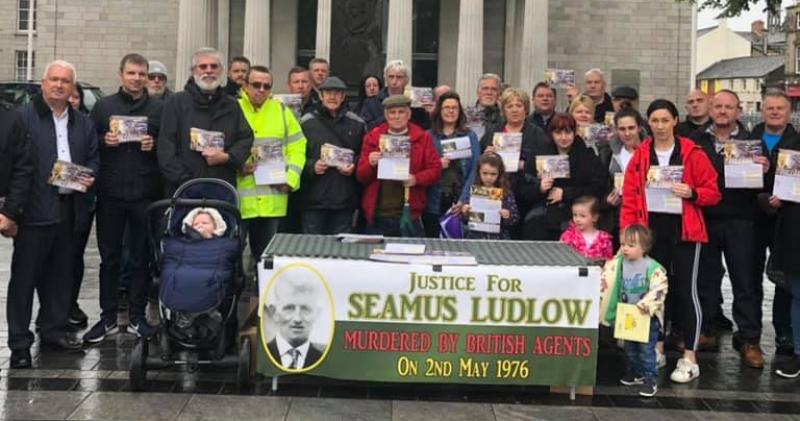 Seamus Ludlow's family, who have campaigned for years for justice

The rejection of the Supreme Court of the arguments made by the family of Dundalk man Seamus Ludlow, who was killed in 1976, is ‘extremely disappointing’, according to Sinn Féin TD Ruairí Ó Murchú.

The seven-judge Supreme Court’s unanimous decision, published yesterday, Tuesday September 14th, rejected the Ludlow family’s argument that the State should be compelled to hold an investigation into the handling of the Garda investigation of the killing.

Deputy Ó Murchú, who has supported the Ludlow family’s campaign for an inquiry, said: "This is another extremely disappointing day for the Ludlow family who have campaigned for many years for justice for Seamus.

"The family’s case was argued very well at the Supreme Court by their legal team, and this is not the outcome they wanted.

"The judgement acknowledges there were failures by the State to investigate Seamus’s death properly, but there is no remedy to that fact for the family.

"They have been campaigning for justice for many years and they intend to continue that by using multiple means to bring a just conclusion.

"I admire their fortitude and tenacity in this campaign.

"They are in discussions with their solicitors about their legal options.

"The family has been failed many times by the Gardaí and successive governments over many years and they deserve the justice that has so long been denied to them."

Have you seen David? Man missing from Clonmel known to frequent Dundalk and Drogheda