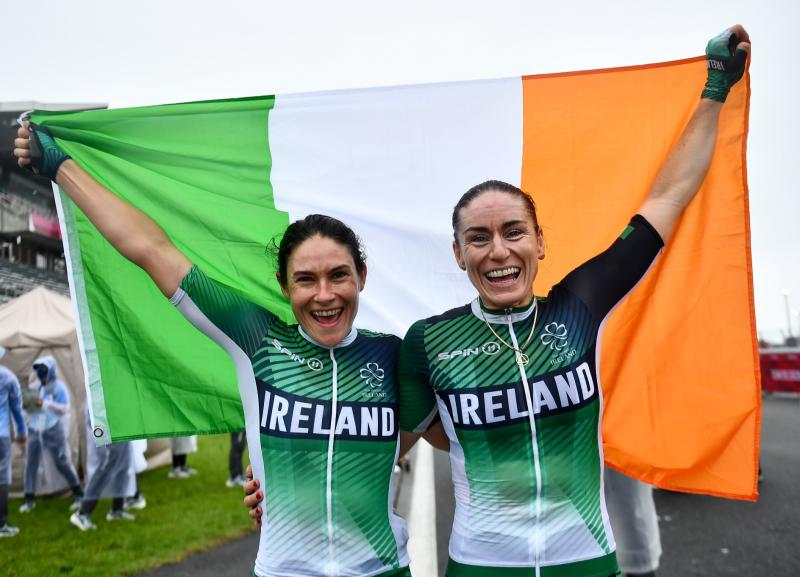 Dundalk Paralympic champion Eve McCrystal is set to return home to Louth with three Paralympic medals in tow, after winning two golds and a silver at the Tokyo 2020 Paralympic Games.

Eve, who is from Jenkinstown, has had huge amounts of support from her local area in recent days as the family gathered to show their support for the paralympic champion.

Eve and Katie-George also were Ireland’s flagbearers in the Paralympic closing ceremony, after winning three of Ireland’s seven Paralympic medals.

In a tweet, Eve said that she was “beyond honoured” to carry the Irish flag during the closing ceremony on Sunday. 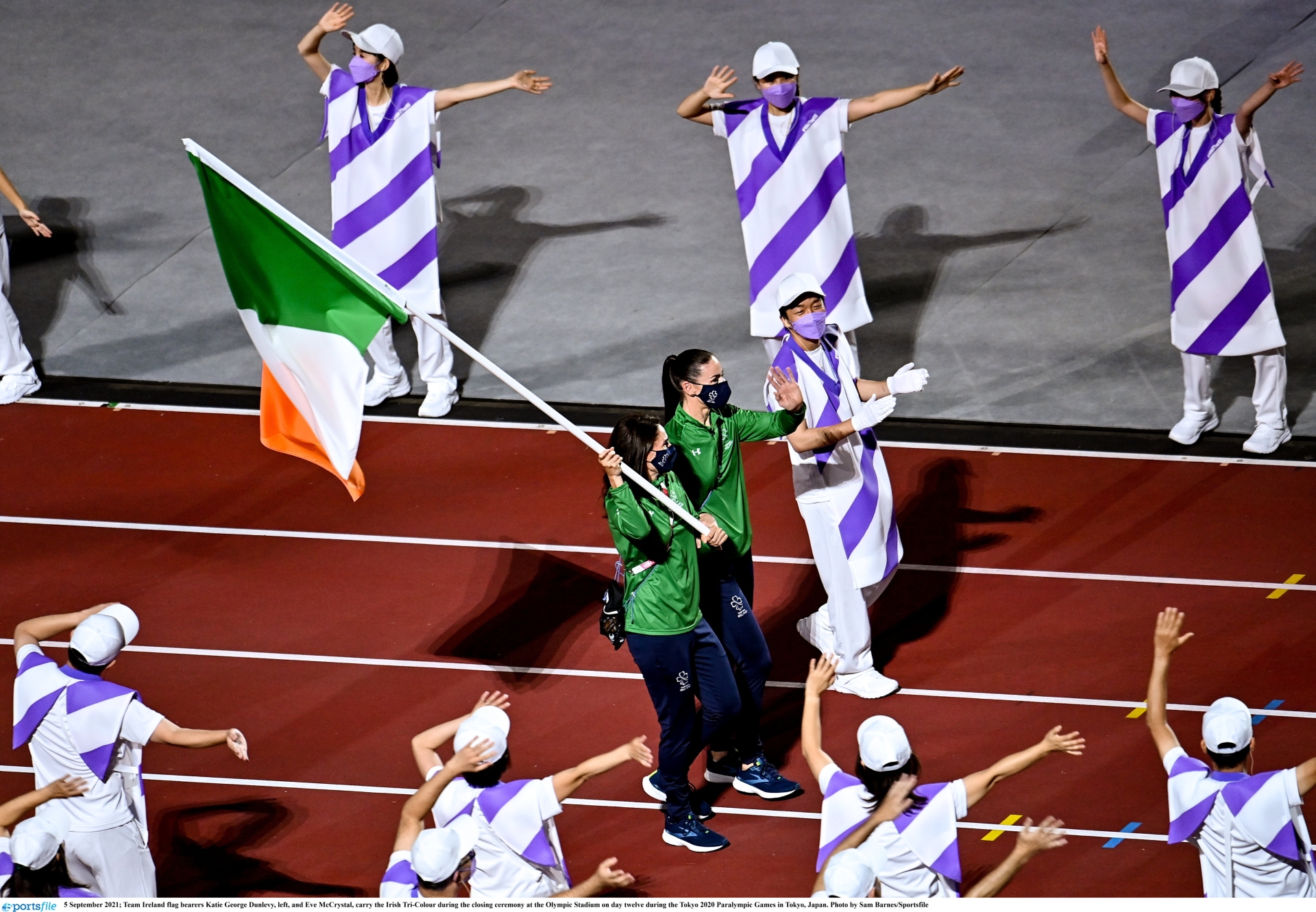 Eve’s brother, Bryan McCrystal, said that the family are proud of Eve for her three medals, after she put in so much effort to get to Tokyo 2020.

Bryan, who has been a cyclist and triathlete since 2008 after a professional football career in both Ireland an the UK.

“We’re proud of her naturally, whether she wins or loses. The family are overjoyed that she got what she wanted, all the effort that she put in, she got a couple of medals out of it,” said Mr McCrystal.

“It’s a huge added bonus to get the gold medals cause that’s the highest that they can get… It’s just brilliant, we’re really proud.”

Bryan was speaking with Eve over Whatsapp during the games, saying that he knew they were confident in their chances for their four races.

“I know how she feels, she’d be feeling confident, her and Katie, like they proved it the last six, seven years that they’re the guys to watch. They’re the top contenders, they’re the favourites on the line and they can deal with the pressure.”

According to Bryan, the duo worked exceptionally hard to get to Tokyo and when Covid hit in early 2020, Eve actually trained harder.

“When Covid hit and the complications came with it, she actually trained harder. The last year she just put the head down, she has that tunnel vision, that goal in sight where she is now.

“They all bought into it and worked incredibly hard and now they’re getting the reward.”

“There’s not too many people picking up Olympic medals… They’re hard got and hard earned.” 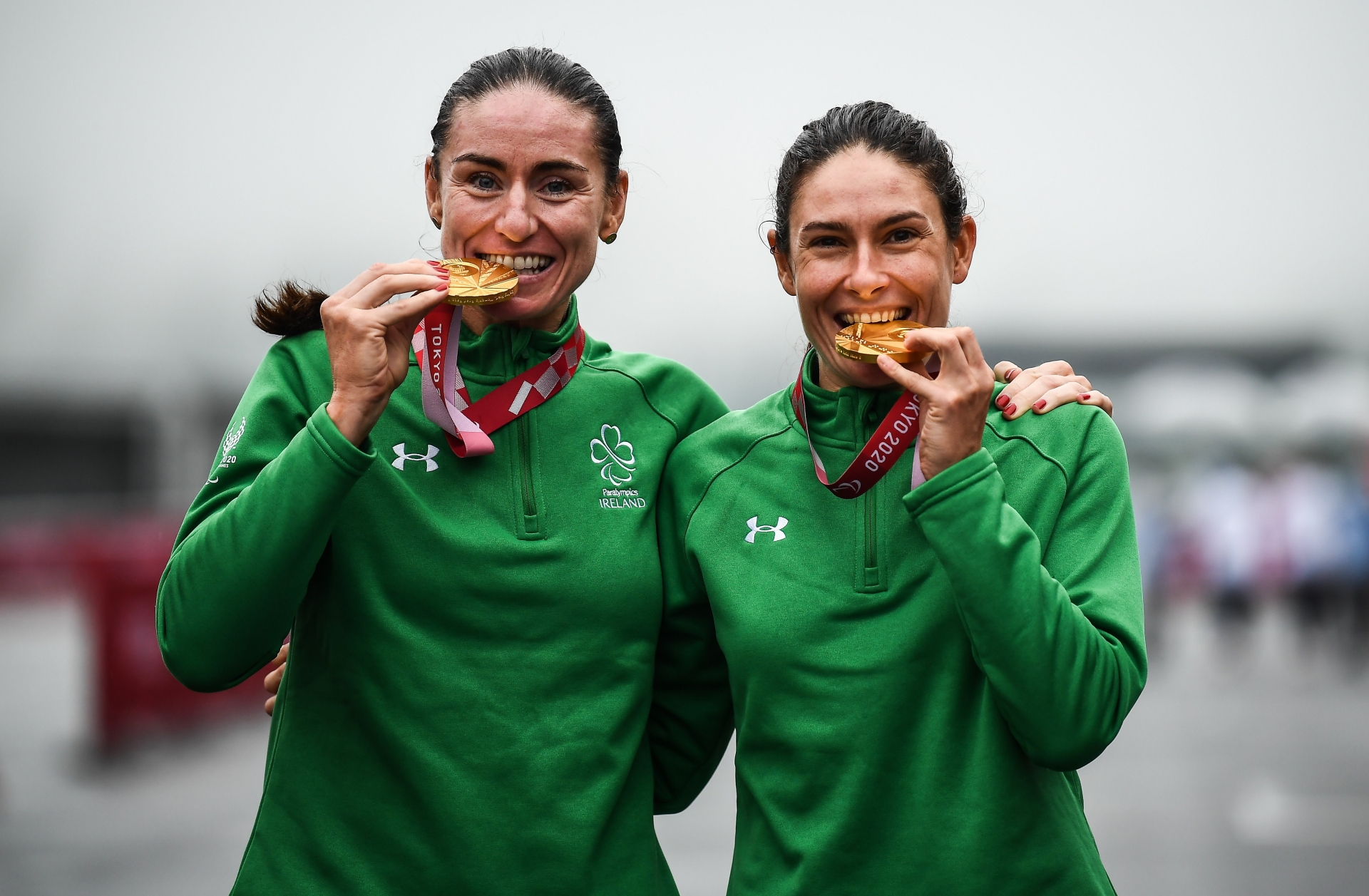 Eve McCrystal and Katie-George Dunlevy with their gold medals

According to Bryan, the duo, while they’ll celebrate their victories, they’ll be focused on their next goal to ensure they hit it.

He said that they adopted the same mentality entering into the Tokyo 2020 games after their success at Rio 2016.

“It’ll be celebrated, and the way they think ‘what’s next?’, you kinda have to move on because if you dwell on past successes and achievements, the future goal might suffer.”

“Rio was a long time ago and it was great, but they approached Tokyo as if it was their first time ever being there.

Bryan said that the support from the Jenkinstown community has been amazing since Eve travelled to Tokyo. 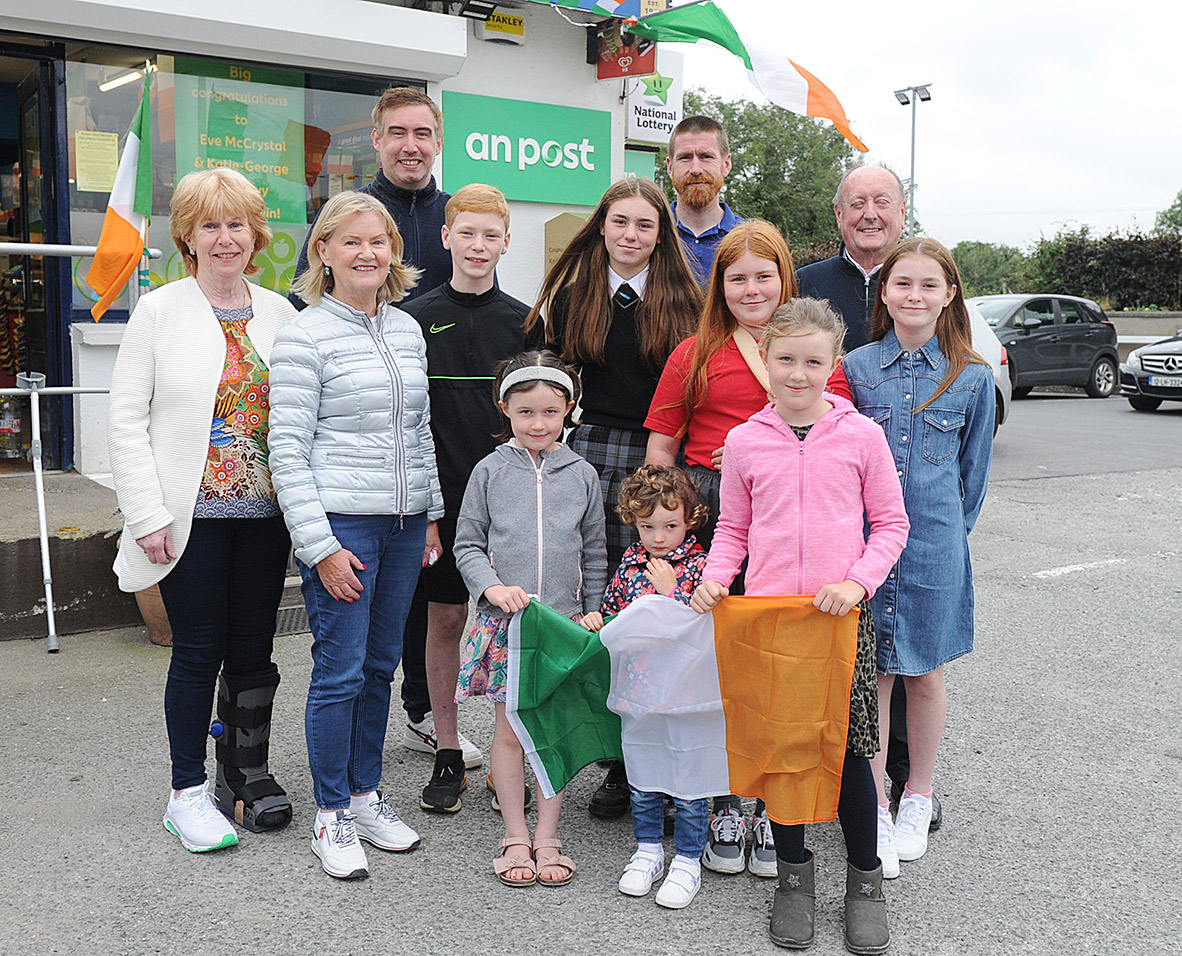 “Everyone is brilliant, getting in touch daily. My mother has a great network of friends that have been very supportive.

“It’s just great, there’s a good feeling about. It’s great for the community.”

Bryan said that their mother, Frances, enjoyed the excitement of the Games, and that she wanted Eve to get whatever she wanted out of the Paralympics.

There are signs in support of Eve and Katie-George about Jenkinstown, with McCrystals XL having banners and posters, alongside signs outside the Lumpers Bar.

After the two wins, an An Post box was painted gold at McCrystal’s shop in Jenkinstown, owned by Tom McCrystal, Eve’s uncle.

Man (30) hospitalised after stabbing in Sliabh Foy Park in Dundalk