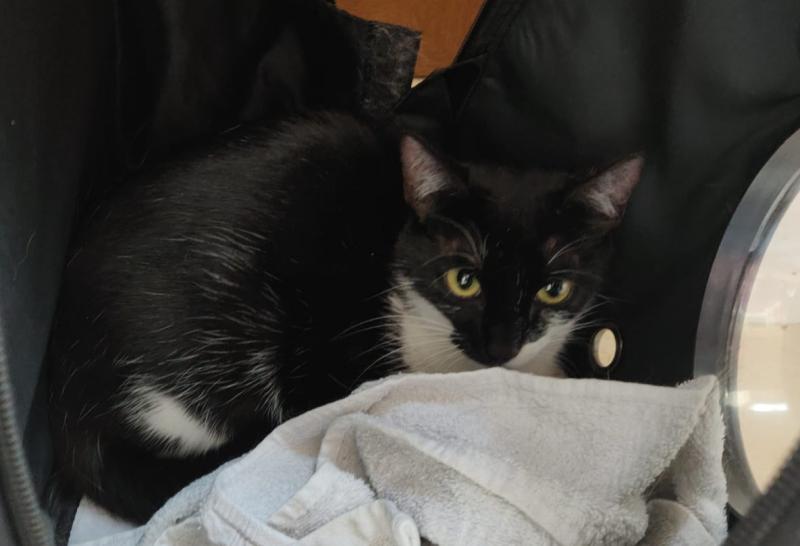 Discoloured tap water, knocked over wheelie bins, lost and found jewellery, cats in bags or bats in boxes - it all goes on in the local residents’ committee WhatsApp group chat these days.

Throughout the lockdowns, my own neighbourhood WhatsApp group, of which I became an honorary member some time ago, became the go to place for a welcome distraction from the monotony of being stranded at home.

It seems that most housing estates have one these days and it is a perfectly bonkers microcosm of the greater society.

There's an old marketing line for a newspaper that fits here, it goes something like: ‘if it goes on, it goes in’ - well that’s the residents’ Whatsapp group! From the mundane to the marvellous, you’ll be guaranteed to get something worth your while.

Only a couple of weeks back there was real drama when a resident put up this rather chilling message one evening: ‘Nurse needed at XX ASAP’.

Needless to say there was a rush of responses offering medical help and the locations in the estate of nurses. While everyone waited, transfixed to their phones for an update, nothing arrived. As the minutes ticked past the hour mark, people started asking if everything was okay - still nothing.

Eventually, with no siren sounds in the area, everything went quiet; until someone put up a photo of discoloured water pouring out of their tap and a brand new thread of more humdrum disappointment began. I still have no idea what the nurse emergency was or what happened and whether it was genuine or not; you see fact-checking and culpability are not the group chat’s strong suits - a bit like the internet in general really.

And, similar to the digital realm, there’s a lot of cats on the WhatsApp group too.

The star of the show is a feline favourite named Ringo, who seems to spend most days languidly stretched out in the gardens of homes across the estate, getting petted and generally living the life of an 18th century lord - fed at every opportunity and apparently beloved by all.

There was an incident about three months ago where an abandoned black and white cat was found in a rucksack. However this seemed to be a particular backpack specifically made to transport a cat - it even had a protruding plexiglass bubble from which the cat could peer out of.

Like most things that pop up on the thread, the outcome of what happened to the cat is unknown, but I like to think he/she was fostered by some caring individual and is living a happy new life external to a plexiglass rucksack.

Which leads us to the case of the bat in the box. Now, I have noticed in recent weeks that the flying mice have made an appearance around the place at dusk - swooping and climbing in their quest for an insect evening meal, and it seems a small bat (it appeared to be a pipistrelle bat - which is among the smallest bat species in Ireland) swooped a little too low and ended up crash landing in someone’s back garden about a fortnight ago.

A picture of our pointy-eared friend, looking petrified in a shoebox, appeared on the group chat and somebody else offered a link as to what you should do when a bat enters your life (or something to that effect).

FYI - as it turns out, a shoebox, along with a small capful of water is the best way to care for a grounded bat until they are well enough to take to the air again.

The neighbourhood group chat is also a hive of black market economic activity. A buyer and seller’s paradise. Pictures of old wardrobes, pots and pans and even a selection of bean bags appear regularly, up for sale and awaiting a new home. I’ve never dabbled in this emporium, but I have seen people reply - so it must work.

While much is light-hearted, there have been times where more underhand events are broadcast.

Such as the occasions when people put up personal, grainy CCTV footage from outside their homes showing some ruffian or another attempting to break into their car in the dead of night.

These postings usually attract the most attention - of course. The full spectrum of left to right-wing offerings appear as pile-ons sometimes draw out the very worst in people.

From suggestions of ‘string ‘em up’ to ‘you should remove that footage from the group due to data protection issues’ - it’s all here in the mire of self-aggrandising debate.

Speeding issues are another common bugbear of the good people of my housing estate.

And it’s understandable, what with all the young kids out and about playing.

There had been strong, and at times emotive, calls for speed bumps to be installed - of which I have a love-hate relationship myself - but at the last residents AGM earlier this year, it was decided that the design and layout of the estate, with its narrow and winding streets helps to reduce the potential for speeding anyway, and should serve well enough in that regard.

No sleeping policemen for now, thank you very much. Mind you, that’s unlikely to be the end of the discussion, with regular postings of alleged heart-stopping near misses involving children and cars generating fevered finger-wagging.

There is something worthy to all this, if you look at it from another point of view.

Despite its modern way, the group chat is simply the old fashioned parish pump of Covid Ireland 2021.

It fosters a sense of being part of a community; and having not been able to physically be around each other in recent times, the group chat has stepped in and, sort of, filled that void.

It has its pros and cons, but if you can take from it what you need and don’t trust absolutely everything that appears on it, you’ll find it a good way to keep your ear to the ground locally.

Just go handy with the pictures of cats. Please.