IFC Preview: Irelanders will need to up their game against resurgent St Kevins 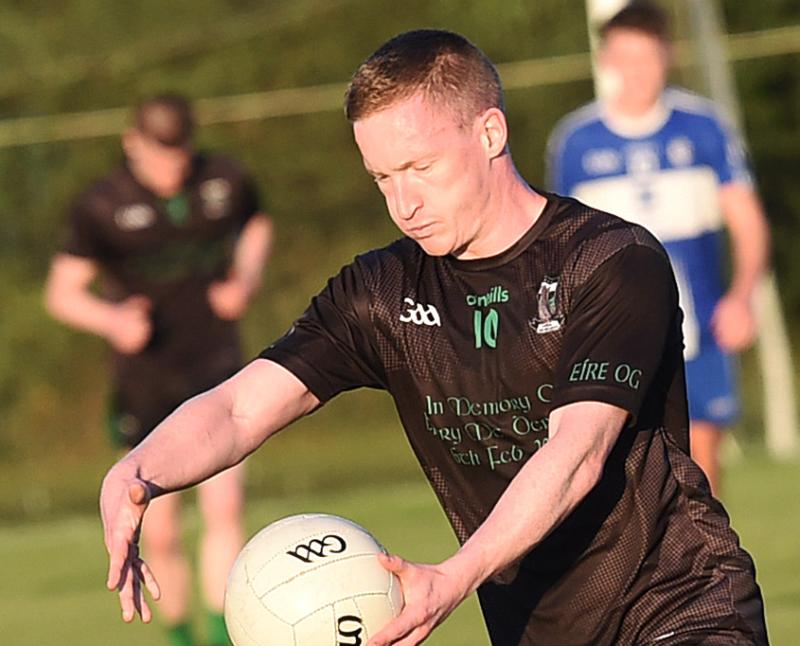 Of all the teams to have progressed to the knock out stages, St Kevins could be argued are the side that are on the biggest upward curve.

This time last year they did make the quarters, but were no match for Hunterstown Rovers. They cruised to a nine-point victory without having to score in the final quarter of the contest. However, in 2022 they look like a much different animal.

In the league the Phillipstown men have been one of the better sides, edging off stiff competition to make it into the top six prior to the split, all while notching up 10 victories.

However, it is in their championship skin that they have really impressed, having been grouped alongside Clan na Gael and a highly fancied O’Raghallaighs.

In their opener against the Clans, they were the more clinical side, bagging six of the last eight scores down the stretch, five of which were from open play. They took an early lead and would never be pegged back, leading for essentially the entire contest, the final score 0-15 to 0-8.

St Kevin’s main form of attack was to pounce on any mistakes from their opponents, all while moving the ball as fast as they could. TJ Doheny was a threat throughout this match, his menacing runs a great weapon. Elsewhere you had Lee Crosbie, Tom Mathews and Evan Maher impressing.

The final round of fixtures saw the Division 2 champions stand in the way of Thomas MacNamee’s troops. Played in conditions conducive to a spilling ball and plenty of mistakes, both sides struggled for fluency and cohesion in attack.

The Drogheda men were kept to just eight attacks in the first half and only took one of those, while this usually free flowing team finished with just three points overall.

Evan Maher and Doheny were the players who stepped up to the occasion as the men in red and black recorded a well-deserved 1-11 to 0-3 victory.

Looking to the Irelanders in 2022, they have gone through an interesting up and down year. In the league, they managed to sneak into the top six of Division 2, but would end up losing all their games in the second phase. In the end they finished with just five wins and 10 defeats.

A tough group awaited them after such a disappointing end to the league, last year’s losing semi-finalists Hunterstown Rovers and Kilkerley Emmets.

In both ties, the Dundalk outfit showcased patient tactics, going through the phases, slowing the game down and waiting for the right opportunity to strike. However against Rovers, they were punished for finishing the contest with 15 wides. They fell narrowly, 1-9 to 0-8.

Next up was a winner takes all clash with Kilkerley Emmets, a contest that saw the best and the worst traits of Adrian O’Donoghue’s side. They again showed great composure on the ball, helped by the early dismissal of Shaun McElroy.

Ill-discipline creeped into their game. Despite being well clear Derek Maguire was sent off and Jamie Brown received a second card and was gone too. The final score was 1-10 to 1-4.

The Irelanders have now shown an ability to keep marquee forwards out of the game, mainly by keeping control of possession themselves. But should they lose another player to ill-discipline, or they have another high wide count, the tie will be set up for Doheny and Co to excel.

The sides did meet at the group stages last year, four goals decisive as the Irelanders got the victory. How much or how little of a motivational factor that result has on both teams is questionable, given on current form the tide has turned in favour of the men from Phillipstown.