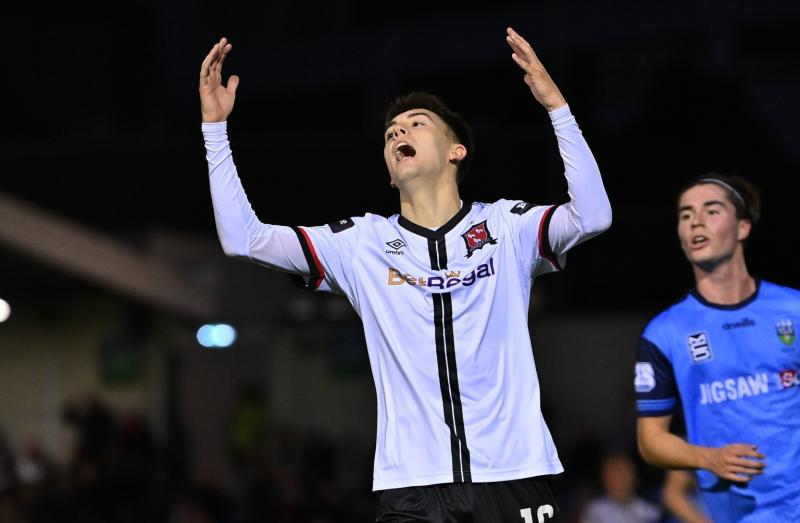 It was a case of nightmare at Belfield Bowl last Friday night as Dundalk yet again failed to record an away win, but instead lost to bottom of the table UCD. It sees their season remain on course of imploding completely.

Dundalk have now failed to win a single league game in five matches. It’s a dreadful record and shows no sign of even beginning to rectify itself.

Such is the decline in this Dundalk team’s form there is every chance that if it continues, they will blow their chances of making Europe. Since their league win over Bohemians on 12th August, the team’s form has just nosedived. The season is falling apart as quickly as the price of gas rises.

There are reasons. I have cited them before. But if the worst happens and Dundalk do not make Europe, then they have nobody to blame but themselves.

The loss of such players like Pat Hoban and Daniel Kelly through injury and the departure of Mark Connolly to Derry has been like the Good Ship Dundalk taking a direct hit below the water mark. The loss of key players has meant that their European hopes are sinking very fast.

Two weeks ago, Dundalk had the 2-0 fiasco at the Showgrounds in Sligo reversed by the FAI, after it turned out they played Adam McDonnell who should have been suspended. Dundalk were handed the 3-0 win and were back in the driving seat as far as qualifying for Europe was concerned.

I was delighted to see Stephen O’Donnell getting the points and Dundalk for once getting justice from the FAI. But I was at that game in Sligo. Dundalk were that poor, part of me felt they deserved to get nothing from that game.

Last Friday night Stephen O’Donnell went with Shepperd in goals. Lewis Macari And Darragh Leahy were the full backs, while Andy Boyle and Sam Bone were the two centre backs.

This was before UCD got their winner. I was amazed to see Stephen taking Lewis Macari and Alfie Lewis off just after UCD got their first equaliser on 53 minutes. I was not surprised to see John Martin coming on for David McMillan.

But taking three players off at the one-time, just after conceding a goal seemed a bit drastic. The Lilywhites were still well in the game. The fact that none of the three were having any great impact does not matter in the sense that the move seemed to unbalance the team for a while.

Yet the biggest question hangs over the replacement of Ryan O’Kane after 68 minutes. Five minutes earlier the young teenager had created a goal that put Dundalk back in front on 59 minutes. Within five minutes the manager called time on Ryan O’Kane and replaced him with Runar Hauge.

Hauge made little or no impact on the game whatsoever. Ryan O’Kane was the only Dundalk player who was causing the students any bother at all.

When he came off and the threat of the Ardee Road native was gone, UCD could use the substitution to their advantage to win the game with goals on 79 and 87 minutes.

I asked the Dundalk boss why he took Ryan O’Kane off on 68 minutes. He replied that he felt that he thought the youngster looked a bit fatigued. He also said he got a little bang midway through the second half and thought he was limping a bit.

Stephen said he was also conscious of Ryan being a young player, who had a big output in the Sligo Rovers game. He stressed Ryan played 90 minutes in that Sligo game and then another 90 three days later in the Shelbourne game. In his mind, it was a matter of protecting Ryan too.

The Galwegian is right when he says it’s important to protect players like Ryan. But he was the only player who was unsettling UCD at the time.

When Ryan went off the challenge just faded completely, and Dundalk then went on to concede two goals in 11 minutes and the bottom side gave Dundalk’s European hopes an almighty bashing.

The manager accepted my point that Dundalk looked flat and never looked sharp. He also said they did not look clinical. I said to O’Donnell the defence once again looked very flat. He conceded that his team were initially in possession of the ball for the three goals UCD scored.

He said he was not going to say Dundalk were secure in defence after letting 3 goals in or state anything that would be emotional, noting it will be reviewed and steps will be taken to rectify the situation.

I told the Dundalk boss that looking at things as they are now, I did not think they will qualify for Europe. I said I hoped I would be proved wrong. Stephen agreed I was entitled to my opinion.

Looking at the way the team played on Friday night I just simply did not think Dundalk were good enough. Stephen said he thought Dundalk played well the previous Friday against Shelbourne and stressed the lilywhites were going to give it their all and see where it takes them.

He fully expected fans to be angry about the result, that it was a natural reaction. The manager says there is nobody as disappointed or angry as themselves with what happened last Friday.

The manager clarified the situation around making three subs after UCD got the first equaliser on 53 minutes. He felt his side were losing control of the game. The move did not work. UCD were the better side in the second half and deserved the points.

Dundalk were caught so easily for pace in the centre of the defence. Andy Boyle and Sam Bone simply had no answer to the much pacier and younger UCD players.

It goes back to the point I made about their form weeks ago, a point the manage has openly disagreed with me on. The loss of Mark Connolly as centre half to Derry has been massive. They have conceded 10 goals in their last five competitive games. 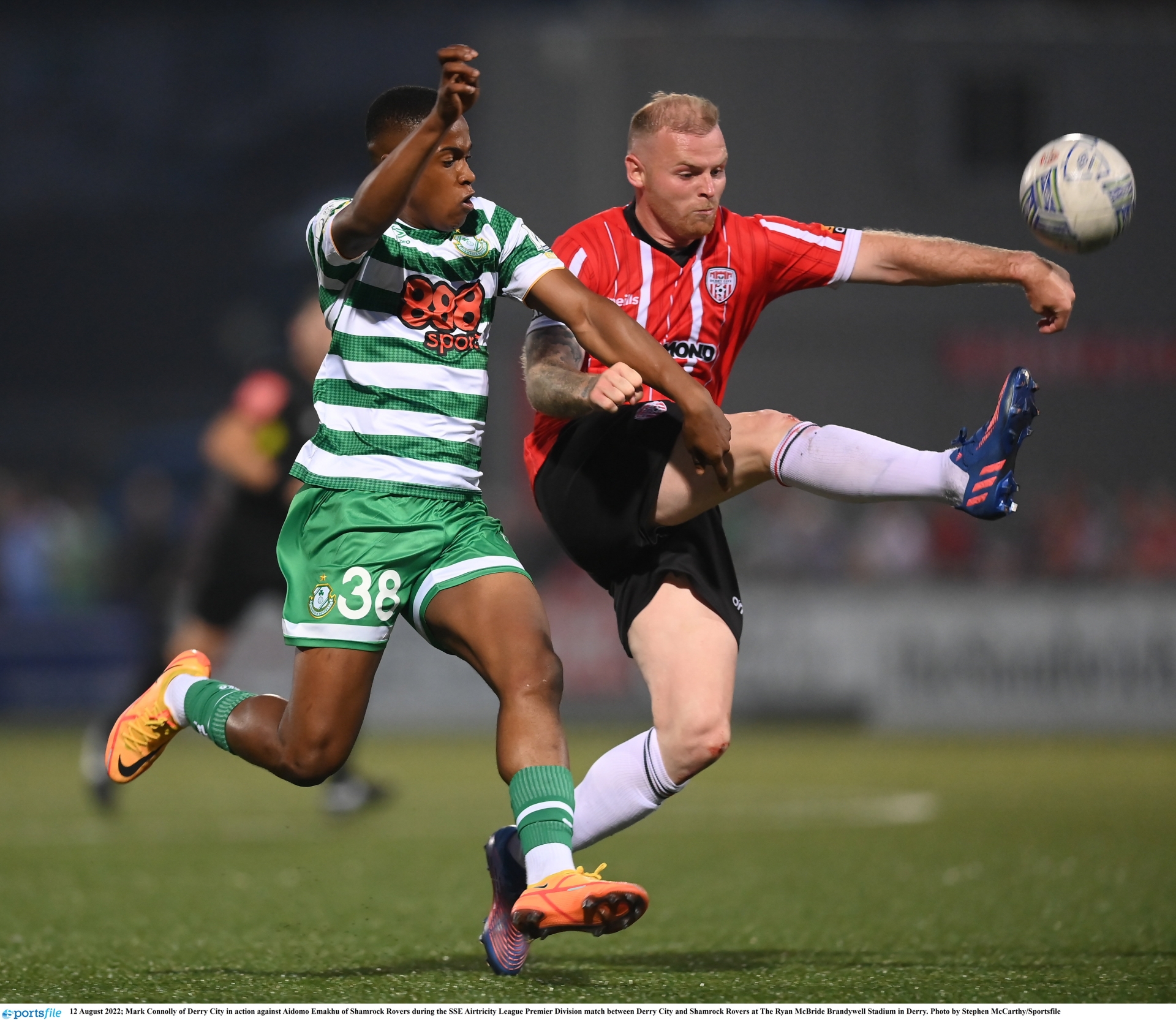 For most good sides, it’s success centres on needing a good defence. Yes, Mark might well have cost Dundalk quite a lot to keep at the club. But to answer that point, look how much it’s costing the Oriel Park men to be without him.

He was the bulwark, the organiser and the leader in the defence. To have lost Connolly to Derry midway through the season has been a disaster. And to be fair it’s been Stephen O’Domnell who has been left to answer the questions about Connolly’s departure.

If the Lilywhites fail to qualify for the Europa Conference League, it will cost the club an initial €500,000. Shamrock Rovers got €160,000 alone for their draw in the group stages of the Conference League last Thursday.

The Dundalk FC owners should come out and explain why Connolly was allowed to go to Derry and not stay at Dundalk. Yes, it would have cost extra. But you must be prepared to spend to accumulate.

Dundalk took the lead against UCD on 40 minutes when Keith Ward cracked home a great goal from 25 yards. UCD levelled eight minutes into the second half when Thomas Lonergan cut through the Dundalk defence at will and shot home.

The Lilywhites were back in front on 59 minutes when Ryan O’Kane’s cross saw Greg Sloggett lay the ball down for Stephen Bradley, who drilled it home.

But UCD deservingly then got two goals in eight minutes to win it. Dylan Duffy outpaced the Dundalk rear guard on 79 minutes to rifle the ball to the net.

The Belfield Boys again got in behind Dundalk just minutes later, Thomas Lonergan shooting home the vital winner that lifts the students off the bottom of the table.

Sadly, Pat Hoban remains out with a calf muscle injury, as is Daniel Kelly with a hamstring problem. Dundalk will continue to assess both players.

The Lilywhites have only six games remaining in the league. Four of them are at home. Two are away. They play Drogheda United, Pat’s, Sligo and Bohs. Their two remaining away games are against Derry City and Finn Harps.

Dundalk play Waterford in the FAI Cup quarter final at the RSC on Friday. They are the bookies favourite. But I think it may well be the first Division outfit who will progress.

O’Donnell knows he is facing a tough game. They just about scraped past Wexford in the previous round. Waterford were beaten by Cork City in the first Division at the weekend.

On a different note, I never knew a Dundalk selection team played Leeds United in a game before. But they did. It was on the 20th May 1951, in an away friendly. The game finished in a 2-2 draw.

I came across a document with both teams on it, having heard a programme from the game was sold for a tidy sum of money a couple of weeks ago.

Peter McParland scored for the Lilywhites while a player called Jimmy Dunn’s got Dundalk’s second goal. He played for Leeds. It was an own goal. George Miller and Peter Vickers scored for Leeds.

A Shelbourne player called Gerry Malone lined out for Dundalk for the day. With a name like that the Gerry of 1951 was not as hot a property as the Gerry Malone of the Commentary box.

Incidentally, the match program for that game sold for €1,000. You never know what old treasures you might have in your attic. I hope you all have a safe week. Look after each other. And please remember to be careful out there.