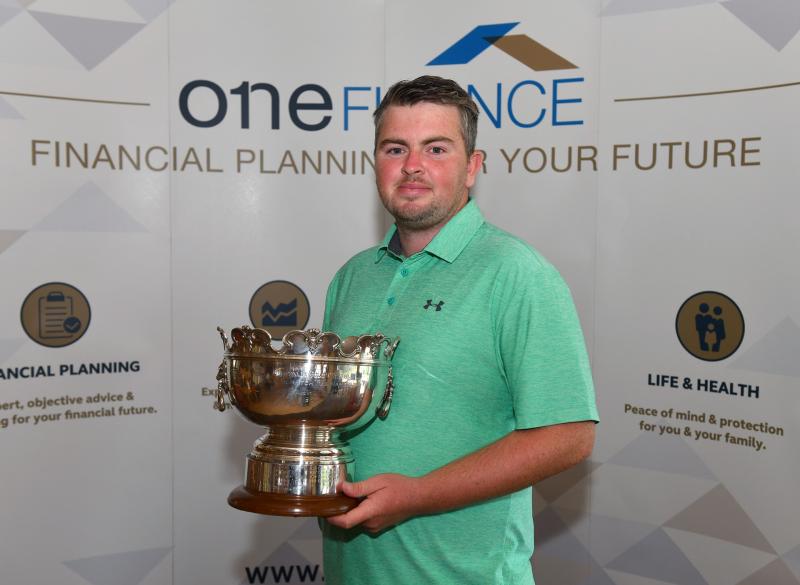 Caolan Rafferty showed his qualities as he romped to victory in the Dundalk Scratch Cup for the fourth time since 2016.

Heavy rain saw the 60th staging of this prestigious event reduced to 18 holes but Rafferty was already four shots clear of the field at that stage, having shot a five-under par 67 in the ever-deteriorating weather conditions.

He finished four shots ahead of the defending champion Jack McDonnell of Forest Little with the 2017 winner, Warrenpoint’s Colm Campbell, two shots further back in third.

Rafferty played alongside McDonnell and Campbell in the group that teed off on the first hole following a shotgun start for the high-quality field that included 44 players playing off a plus handicap.

The 2019 Walker Cup player opened with a birdie at the first and went to two under with another birdie at the third. However, he found the water at the par three fifth following a wayward tee shot while McDonnell, who had opened with four straight pars, birdied to draw level on one under.

Campbell, who had birdied the opening hole, also bogeyed the fifth and then found himself two over after a double bogey seven at the par five sixth.

Rafferty birdied the sixth and McDonnell birdied the seventh to leave them tied at two under, but then Rafferty sunk three successive birdie putts on the next three holes to open up a three-shot lead as he moved to five under.

McDonnell had three putted the eighth but got back to two under with a birdie at the 10th. He dropped another shot at the par three 13th when he found the trees off the tee but got it back at the next with his fourth birdie of the round.

The 15th provided a key moment as McDonnell narrowly missed a 12ft birdie putt that would have brought him to within two shots of Rafferty and when he failed to get up and down on the 17th his race was run.

Five under after 10, Rafferty parred his way home for a 67 while Campbell’s third birdie of his round at the 17th was enough to bring him to one over and give him third place on his own.

The local hero was delighted to become the first player in the 60 year history of the Dundalk Scratch to lift the Carroll Cup for the fourth time.

“A win’s a win in any event but it is always great to win at home and to win this four times is always nice as well,” he said.

“I holed a lot of putts today and a lot of them came at the right time. Eight and nine were good putts and I made a good up and down from about 70 yards on on the tenth.”