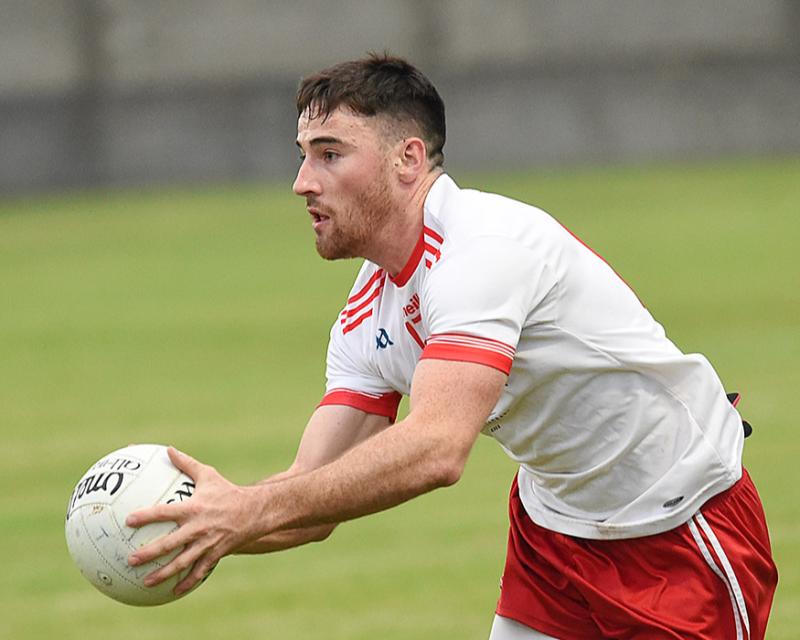 John Mitchels had to dig deep to top a group involving some of the competition’s stronger sides; they must be wondering why they bothered having still been given a tough ask in Stabannon Parnells. The two heavyweights of the Junior ranks collide in Darver this Friday (Throw in 7:30PM).

The Parnells are in this position because they could only come second in their group, an opening day loss to Naomh Fionnbarra sealing their fate. A late rally from their opponents costing them dearly.

Having been outgunned early in the contest, Bobby Butterly stepped up to the plate late in the half with 1-1 to leave the teams level at the turn. A black card for his marker Cormac Reynolds saw the Parnells push on and go three in front, two coming the way of young prospect Sean Reynolds.

However, it was the men from Annagassen that showed the superior guile, twice drawing level in additional time before Ciaran Murphy found the vital winner.

Possibly still mulling over their loss, a third of the side was changed from that said game and a whole host of positional switches too might have contributed to a better return against Sean McDermotts.

Reynolds and Bobby Butterly continued their upward curve, doing the heavy lifting as they coasted to 1-14 to 1-5 victory.

John Mitchels began with a tough opener against Glyde Rangers. The Tallanstown side finished the tie with 10 wides alongside dropping three more efforts short across the 60 minutes. This should have left the door open for Noel Tuite’s troops.

John and Kevin Gallagher were their main scoring threats, while Michael Quinn impressed with his link up play. However, they conceded five of the last seven scores, meaning despite leading for the majority of the contest they had to settle for a draw. Jake Gillespie their savour.

Last year’s finalists looked in serious trouble of another draw. After grabbing 1-1 early in the half via Gareth Kane, they took the foot off the pedal against Na Piarsaigh. That resulted in it being 1-3 to 0-6 at half time.

But they were a team transformed come the second half. John Gallagher and Jake Gillespie combined to blow the Rock Road side out of the contest, as the pair struck eight second half points during a scorching run of nine unanswered efforts.

They finished the year with a blowout win over Dowdallshill. They knew they had to better Glyde’s scoring difference to top the group and hit a staggering 4-10 in the second half to make sure they did. Seven men got on the scoresheet, John Gallagher toping the charts with 2-9.

League form can only count for so much, but it is one apiece this year when they butted heads. The Ballybailie outfit winning the opening round of the league 1-13 to 0-11, while Stabannon got revenge later that year, 1-15 to 1-9, on their way to winning the league crown.

This is a fascinating battle. Will Sean Reynolds and Bobby Butterly continue their upwards curves this season or will it be a veteran like John Gallagher that does the damage. With both having potent options up front, it may be a defensive masterstroke that proves the key to victory here.