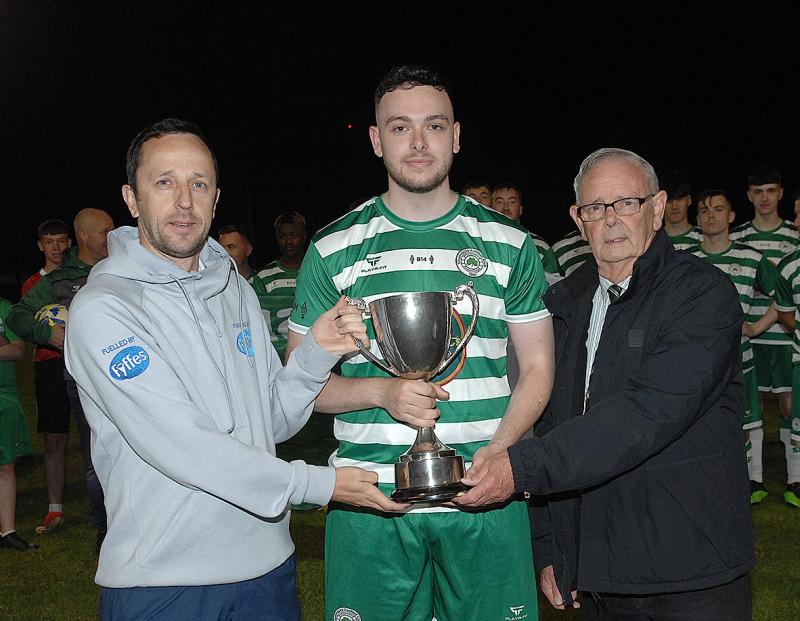 Shamrock's claimed their first Premier League title since 2015 with a very hard fought 2-0 victory in the final League match of the season to pop Quay Celtic to the trophy by two points.

Despite the flip of a ninth minute opener from Robbie Mackin, they were struggling to hold on to the one goal lead right up to halftime, against a very spirited display from Glenmuir United.

The home side went all out in the second period to get on even terms, but poor finishing undone all their attacking play. As the clock ticked to the 70th minute mark the defining moment in the match arrived.

A long clearance from deep in the Shamrock's half was pounced on by Dean Brown and as the Hoops forward raced goalwards he was taken down in the box. He then dispatched the spot kick with a powerful drive to put Shamrock's 2-0 ahead.

Undaunted Glenmuir piled on the pressure, however they were unable to get the score to bring them back into the game. This was the Shamrock's 6th League title.

Next up for them is the Clancy Cup final against St Dominics as they eye a clean sweep of the three major trophies. This was last achieved in 2016 by Muirhevmor. Barry Casey led the Shamrock's in 2015 and this time around he was aided by Liam Lindsey.