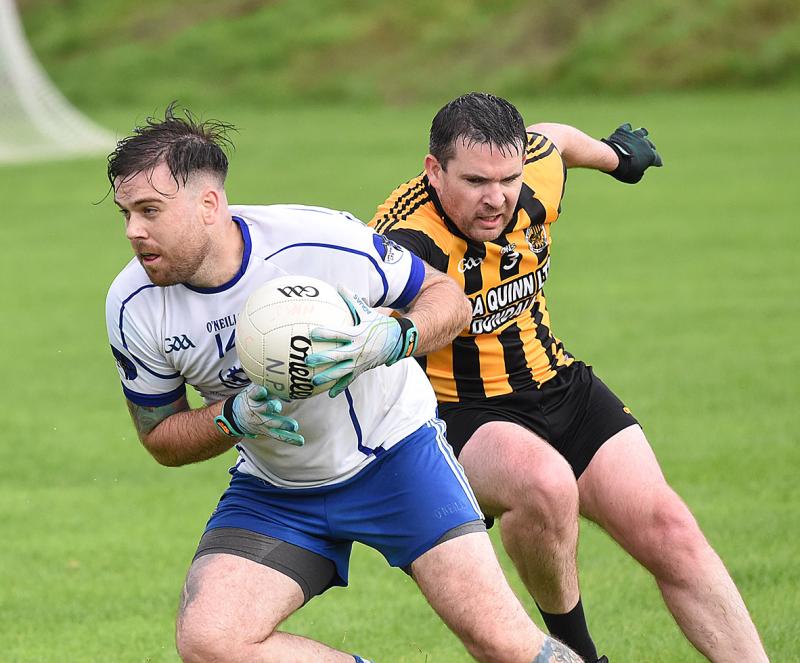 Lannléire opened up a five point gap over opponents Glyde Rangers in a crunch game for the promotion play-off spot in Division 3A on Sunday afternoon.

Lannleire lost Peter Fortune and his replacement, Lorcan Callaghan to injuries inside the first four minutes. These injuries contributed to lengthy stoppage time at the end of first half.

Brian Duffy showed well for the hosts but Darragh Malone showed supreme concentration to blast home his first goal before the delayed half time to give the visitors a 1-5 to 0-7 lead at the interval in Tallanstown.

Glen O’Reilly brought on Colin Murphy a minute before the break and he kicked a free along with adding five more second half scores, four from frees.

Glyde could only muster three second half scores and Malone's second half goal arrived on 46 minutes and it capped a brilliant display from the young man.

Na Piarsaigh moved four points clear of the relegation play-off place thanks to a comfortable win over Naomh Malachi at the Rock Road on Saturday evening.

The Courtbane side went into the game knowing that victory would draw them level with their opponents but it rarely looked as if they would achieve their goal with Na Piarsaigh on top from the outset.

David Boyle was the man who did most of the damage for the hosts as he grabbed two crucial goals to keep Naomh Malachi at bay. Robert Murphy also found the net to help his side come out on top by 12 points.

This top versus bottom clash went according to the form book as Glen Emmets chalked up their eight win of the campaign against a Westerns side who have yet to get off the mark.

As a result, the Tullyallen men maintained their lead at the top of Division 3A as they were rarely troubled on course to a comfortable win.

Conor Grimes led the charge for the Emmets in the first half as he kicked three points to help his side lead by 0-6 to 0-1 at the break, with Justin Cunningham on target for the Westerns.

The Reaghstown men enjoyed a better return in the second half with Mick Martin, Dylan Ogle and Cunningham on the mark. However, the Emmets were never in any danger as two goals from James Butler sealed victory.