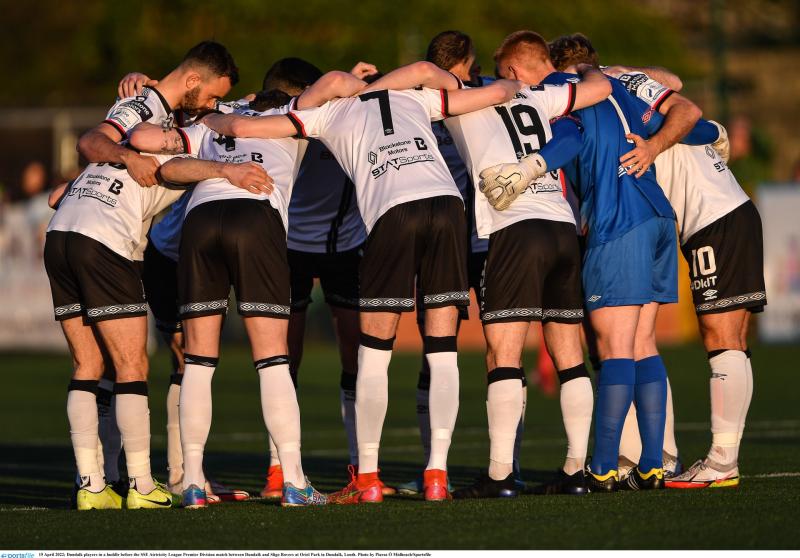 The window, which runs throughout July, permits The Lilywhites to sign players from other SSE Airtricity League clubs, as well as those plying their trade in the United Kingdom – a market O’Donnell has already tapped into since taking over at Oriel Park.

One example, Lewis Macari, has extended his loan from Stoke City until the end of the season, but although O’Donnell admits further reinforcements may be needed, he is adamant only those who will improve the team on and off the pitch will be considered.

Dundalk are also working to extend Mark Connolly’s time at Oriel, with the Dundee United loanee set to open talks over an extension to his current arrangement, while a permanent move from the Scottish Premiership side is also believed to be on the cards.

“We’re trying, but the summer is a tough window to try and get players in,” said O’Donnell after the 3-0 home win over UCD last Friday.

“In Britain, teams are tending to keep hold of them and players are tending to wait to see if they get anything in Britain. Domestically, there’s nothing really because everyone’s under contract.

“I’m happy with what we have. We have six on the bench, including the goalkeeper tonight, so if we get a few injuries and a few setbacks, we are a little bit light.

“That would upset the whole chemistry of the squad that the players have built because they have been great and have formed a really good bond together.”

Dundalk were missing several players for the UCD game, with Brian Gartland and John Mountney being joined on the absentee list by Steven Bradley (achilles) and Mayowa Animasahun (fractured hand), while Patrick Hoban was again omitted from the squad.

However, O’Donnell dismissed reports Hoban could be out of action for up to six weeks but confirmed that his top marksman did sustain an injury to his quad which ruled him out of the UCD game, in addition to the previous week’s scoreless draw at Shelbourne.

“A few should be back for next week,” added O’Donnell. “Pat has a little sort of strain on his quad. He tweaked it against Shamrock Rovers in the first five or ten minutes to be honest and it was testament that he ploughed on for 80-odd minutes and had a massive part in the winner. They’re the type of men we want.”

League leaders Shamrock Rovers are not on domestic duties this week, meaning Dundalk, with two games in hand, could close the gap at the top of the table to seven points when they make the short trip to Drogheda United this Friday (kick-off, 7.45pm).

A 1-0 defeat on their last visit to Head in the Game Park in March was one of only two defeats suffered this season by The Lilywhites, who are now unbeaten in ten matches.

“We were beaten there earlier in the season. It was one of our two defeats, so I don’t need to tell the players anything different. We’ve been there once and we got turned over, but nothing changes week on week.

“We treat everyone the same and we train well and we turn up and we try our best. It’s that simple and that’s what our lads do and that’s all anyone can ask.

“Obviously you want to take advantage. There’s no point in having games in hand if you don’t take advantage. With the European teams not playing, it’s a chance for us, but it’s going to be a tough game.”

Friday night’s Louth derby in Drogheda is to be refereed by Neil Doyle (Dublin) and can be watched live via the LOITV online streaming service, with match passes costing €7.