Division 3B Roundup: Stabannon and Tones win to stay at the top of the league 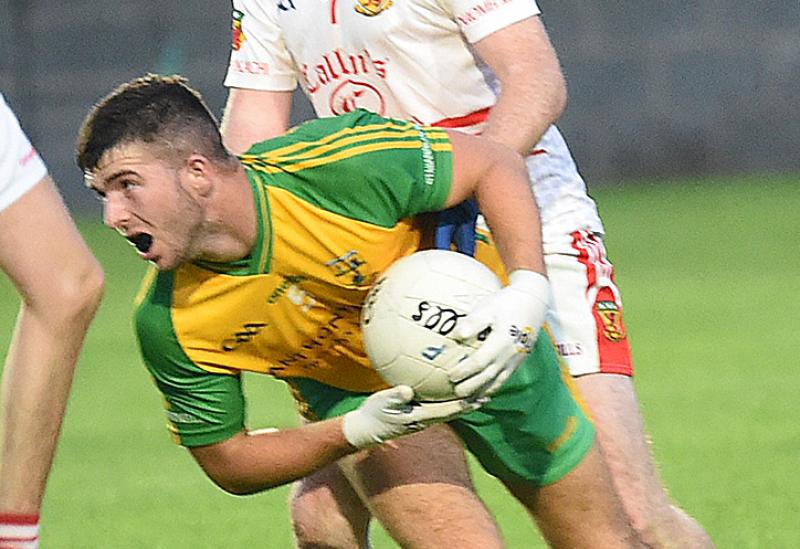 Annaghminnon Rovers' good form continued on Friday night with an away win over Cuchulainn Gaels in Omeath. A blitz of first half goals did the trick again for the Stonetown men.

Aidan Lee Martin had a fine game for Rovers, he opened the scoring and Mícheál McCabe replied with frees. Then the goal rush came before half time.

Last weekend’s hat-trick hero James O’Connor got his first of the night before Fergal Markey and Tony Brennan added two more to make it 3-3 to 0-4 at the interval.

Gaels came back in the second half as Annaghminnon were reduced to 14 men for the last 20 minutes of the contest. Despite six second half frees from McCabe and a major, Rovers hung on and O’Connor bagged another goal.

In a tight first half, it was the visitors who opened the scoring from play from Chris Cudden, points from Caebhan Housidari and a Phillip Kirwan free had the Nicks back to all square midway through the half.

The Tones extended their lead to three with five minutes left in the half thanks to Darren Weldon, Eoghan Brennan, Cudden and midfielder Mark Healy.

St Nicholas finished the half strongly with two well worked points from play from Shahin Housidari and Brian Carter to go in one behind 0-5 to 0-4 at the break.

The hosts had plenty of possession in the second half but couldn’t break down a resolute and organised Tones defence. The home team were restricted to three points, all by Fionn Meagher, two frees and one from play.

Wolfe Tones forwards kept the scoreboard moving all through the second half, especially the lively Brennan. As well as the bragging rights, the win sees the Tones in the promotion play-off spot.

A windy evening produced a game of two halves in Ballybailie on Saturday as John Mitchels took full advantage of the breeze in the first half to see them victorious over Sean McDermotts.

The Mitchels full forward line was on song from the start with John Gallagher on song and John Bingham finding the net to give the hosts a commanding 1-10 to 0-2 lead at the break.

And despite a late rally from the Sean’s thanks to points from midfielder Sean McMahon, the Mitchels always looked comfortable. Gareth Kane scored the second half goal and Leigh Ross performed well in defence against his former side.

Stabannon Parnells hot stream continues to bubble and froth with a big win over the visiting Dowdallshill on Saturday night.
Niall McManus found the net in a tough opening period for the ‘Hill against the wind and the run of play. Bobby Butterly hit the net earlier on and Parnells soon got into their groove.

Derek Crilly converted a goal after being superbly set up by a beautiful Callaghan flick, as the full-forward palmed the ball into the onrushing midfielder, who didn't need to break stride before converting with ease. Half-time came soon after and Stabannon led 2-14 to 1-3.

In the second half the one way traffic continued. Butterly added another goal and his brother Harry finished with 12 points in total and Sean Reynolds closed the one sided contest with a goal as well.