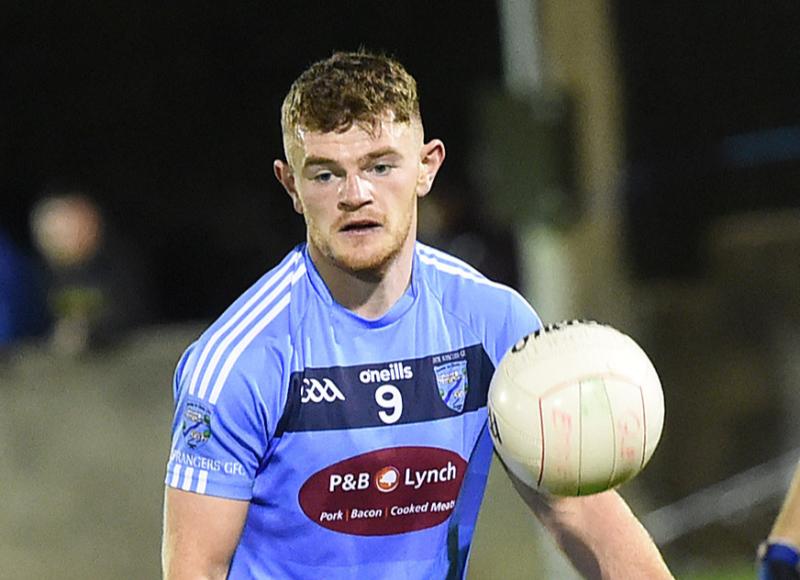 A pulsating draw between Glyde Rangers and Glen Emmets on Saturday night was not what most expected, but those who were there in Tallanstown were treated to a great game.

Scores were at a premium but the even contest was high on intensity. With that combination it was unsurprisingly three points apiece at half time,

Alex Carolan and James Butler finding the range for Glen Emmets while Ciarain Sheridan bookended the half for Glyde with two scores.

It was the hosts that looked on course for victory when county man Niall Sharkey hit the net upon the restart and despite county colleague Conor Grimes notching a brace off the bench, Glyde led by three with five minutes to go.

Emmets centre forward Eoghan Maguire levelled and Damien Grimes and Butler looked to have swung it only for Dion Conlon and Alan Kirk to dramatically and deservedly level at the death with a free.

Lannleire took full advantage of their Thursday night fixture as they moved joint top of the table with Glen Emmets thanks to a home victory over Na Piarsaigh.

The hosts were clinical in front of goal on the night as they scored three goals in each half to send the Dundalk side home with nothing to show for their efforts.

The scoreline is somewhat harsh on the visitors as they enjoyed a good share of possession, but they didn’t match their opponents in terms of goal chances.

Ian Mulroy, Pierce Hawkins and Niall Lennon found the net in the first half as their side went in at the break with a 3-5 to 0-6 advantage, as Mark Larkin and Michael Woods were on target for Na Piarsaigh.

In the second period, Paul Callan grabbed two goals for the hosts while Darragh Malone also raised a green flag. At the other end, Liam Dunne pulled off a fine save from a penalty to ensure his side kept a clean sheet.

Naomh Malachi chalked up their second win of the Division 3A campaign as they proved too strong at home to Westerns on Thursday night.

Colin Rooney was once again the scorer-in-chief, finishing with 1-5 to his name, and helped his side defeat the Reaghstown men for a second time this season.

Rooney’s goal came in the first half and ensured the Mals had breathing space at the break as they went in leading by 1-5 to 0-3.

The Westerns produced a battling performance throughout and were given hope when Jason Cunningham found the net. However, the hosts replied in impressive style as goals from Padraig Moley and Jack Kirwan saw them ease to victory.

The win will put the Mals in a confident mood heading into a crucial clash with Na Piarsaigh as they bid to avoid the relegation play-off.