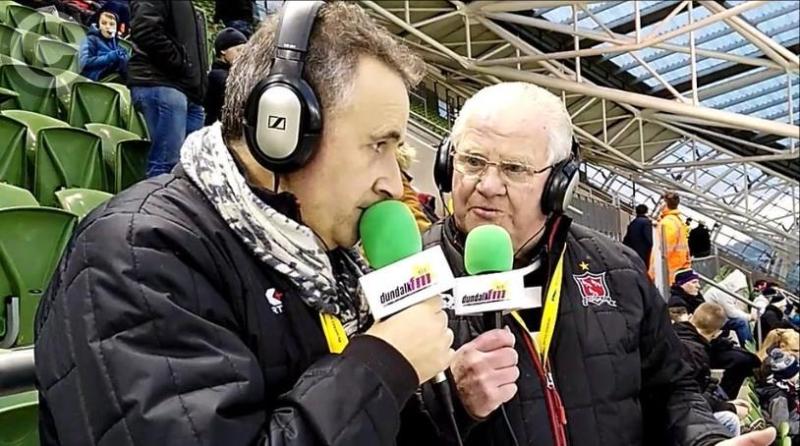 Nathan Collins’ strike for the Republic of Ireland against Ukraine in their match in Poland was a reminder of that famous Maradona goal – no, not the one that England’s been rabbiting on about longer that we have about the one that decided the 2010 Leinster senior final, but the one in the same game where he beat defender after defender before slipping the ball past Peter Shilton.

I often wonder would the wee wizard have been given the same freedom had John Murphy – about whom more anon – been in an England jersey. Don’t think so.

Whereas Maradona came in from the right, more or less, Collins went down the middle, skipping past nearly as many defenders as the wee Argentinian did before planting the ball way out of the goalie’s reach.

Collins’ goal gave Ireland the lead, which didn’t last too long. But Stephen Kenny’s men were still able to hold on for a draw, keeping alive outside hopes of being involved at the business end of things in Group 1B of the Nations League.

It’s a cliché: as is politics, a week is a long time in football. Ask Kenny. Not for a long time has an Ireland manager come under such scrutiny, and, yes, pressure, applied by the media. It was at its most furious leading into the Scotland game, shortly before the second meeting with Ukraine.

There’d been defeats in the matches with Armenia and Ukraine, and had there been another in the Scotland game instead of a convincing 3-0 win, facing the media afterwards would probably have been something akin to going before a firing squad.

That’s something that has often crossed my mind. As Kenny – or any manager for that matter – patrols the sideline as a game in which his side is having a well, bad day, draws to a close, how much does it occupy his mind the questions he is going to have to answer afterwards?

I’ve been in a few media scrums myself, asking questions. Most were harmless affairs, mainly bland questions getting replies that could have been written down before they were asked.

That’s certainly not how it is after an International, and I often find what the manager says – before the game, as well – becomes more of a story than the team’s performance.

Anyway, Kenny, whose tenure so far hasn’t been the easiest of rides, what with Covid, poor results and the uncertainty early on whether or not he’d be made permanent manager, can now enjoy his summer.  Next matches, against Scotland (away) and Armenia (H), are not taking place until the end of September.

By then, his players will have their club season underway, and could it be that the team with which Kenny fashioned his managerial career is in the first line for League of Ireland honours?

Inside Track: Will the Quarter-finals be a step towards a repeat of 1977 decider?

They had a brilliant over Shamrock Rovers last Friday night. Listening in to Dundalk FM’s commentary, my only concern after Benson scored was, would John Murphy, back behind the mic in the company of Ger Cunningham, be in need of further hospital treatment.

Giving it wellie with one of those continental commentator’s cries of GOOOOOOAAL, followed by ‘Come on the Town’, Johnno is not able to hide his emotions. Does it concern him? Not at all. I wouldn’t be surprised to be told he wears a white jersey when on commentary-box duty.

But take it easy, lad, you may be young at heart, with the enthusiasm of a schoolboy, but it’s a few years since you, like me, began to sign on the dotted line each week at the Post Office. There are more good games to come.