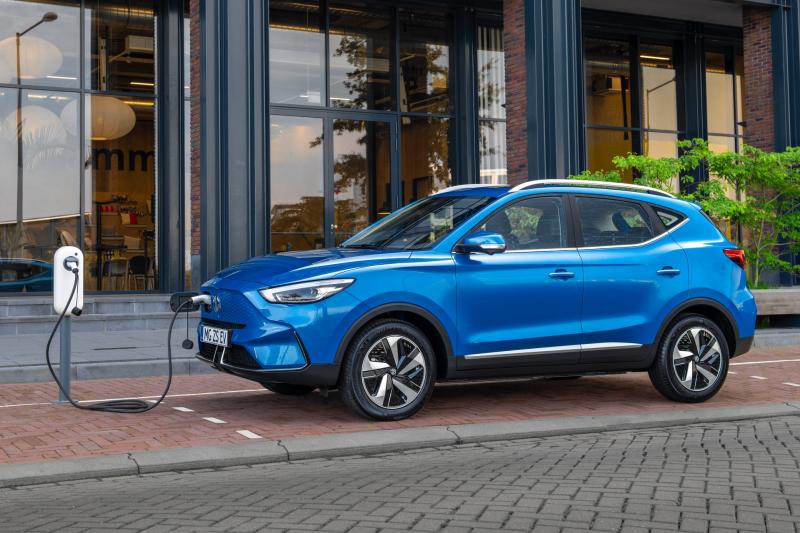 I started to feel like my mother all those years ago who bought bargains not because she needed them but because it was a bargain.

When it comes to buying a car we are, I hope, a little more responsible and do our homework in terms of finance and fit for purpose.

When our government lectures us on our energy use, the damage we are doing to the environment and the adherence to their rules why do we listen to them at all when it can’t even provide a path to home ownership for its citizens.

They have failed us, and we put up with it! Maybe we deserve it? Rant over.

What’s all this to do with the MG? Well, if a car company can deliver an SUV, well maybe a crossover, for a family, that’s all electric and slap a price sticker of €34,995 on the windscreen for the Exclusive trim, well, that’s a bargain.
An even more jaw dropping figure is €31,995 for the only other trim available, Excite.

And a bargain in the motoring world is as rare as a young married couple getting hold of the keys to a home.

And here is the most important bit. It is not in any way a bargain basement offering.
This car is finished as good as any from the mainstream manufacturers. No working your way up through the quality ranks for MG.

Ah ah, they can mix it up with any of their competitors. MG is owned by SAIC Motor Corp. who also sell Maxus commercial vehicles here in Ireland.

They collaborate and make cars with all the big players too so using the MG name was a clever move to buy recognition to deliver their product.

MG got a pot and threw in a Kuga, an IX35 and a Qashqai and the ZS is the result.
It looks like how a crossover should look and won’t grate with the majority of prospective buyers.

The giveaway to it being all electric is the solid front grille but other than that it looks totally normal.
The front grille doubles as the charge flap, a good use for it and eliminates a flap ruining the side look.

The ZS EV isn’t an EV from the outset, so it is a car adapted to use electric motors and take the 72.6kW battery.

That battery is good for 440 kms, MG claim. The maximum speed it can be charged at is 50kW/hr that’ll take 64 mins to get the battery to 80% charged.
Driving the ZS reminds me of the IX35.

It’s quiet and has that easy to drive feel to it.

Visibility is excellent and there wasn’t any “I don’t like that” moments about it.

It’s responsive and as with all electric cars the acceleration is rapid and even.
It can accelerate to 100km/hr in 8.4 seconds.

On the motorway it held its own without quibble and on the back roads body roll was not that noticeable, if at all, especially considering its shape.

It has an energy recovery system that like all electric cars when you crack it, you try to get it to bringing the car to a stop without touching the brakes.

When you make the change to electric you also adopt a different style of driving because you become aware of energy use and energy replenishment.

Inside there’s space for 5 but best for 4 adults who’ll be able to carry 440ltrs in the boot. 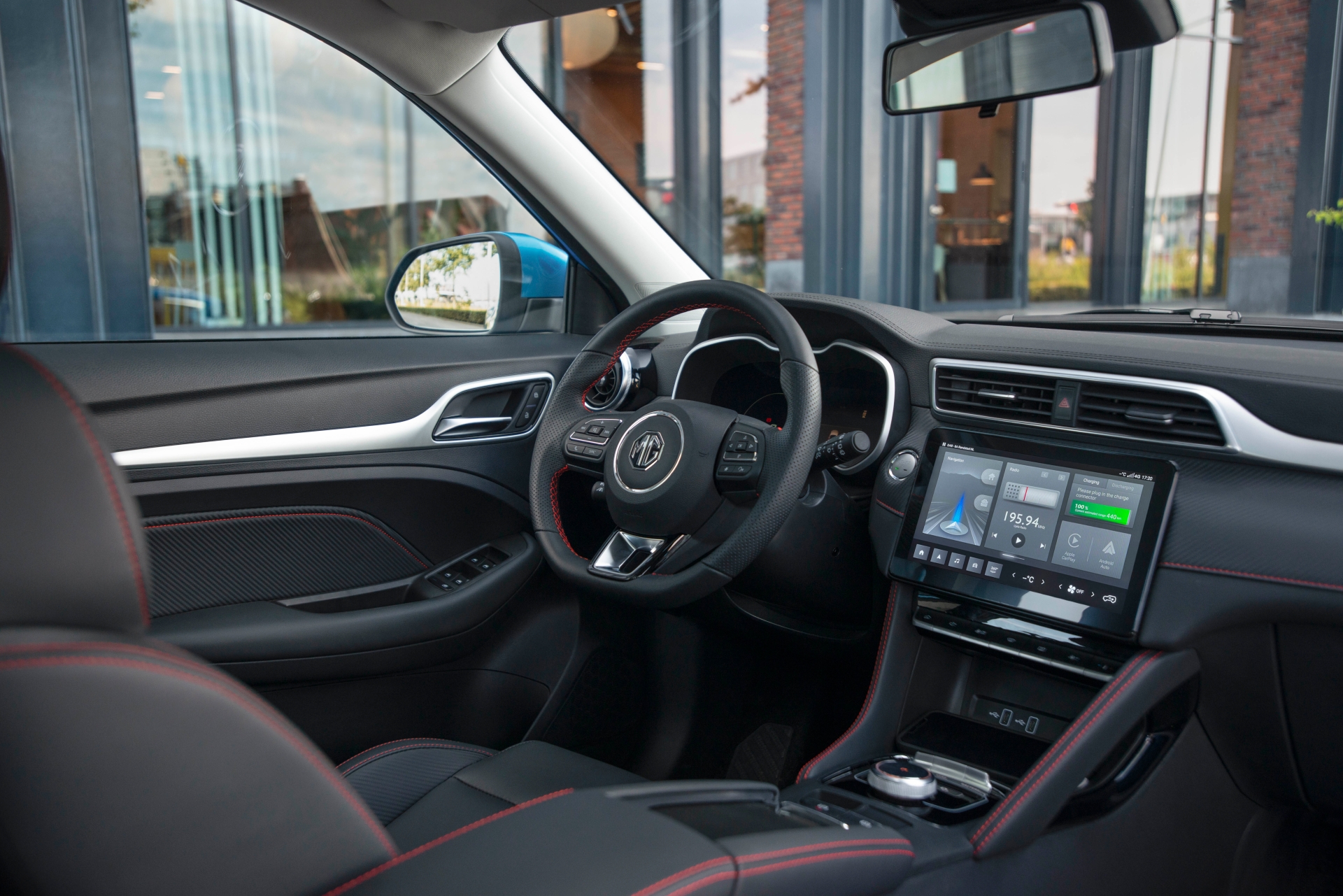 The infotainment is easy to use and much better that I was expecting in a car at this price.
You get Apple CarPlay™ and Android Auto™, and to show just what incredible value this car is you also get, keyless entry, blind spot detection, a wireless phone charger, heated front seats, auto headlights, parking sensors with a rear camera and a panoramic sunroof.

MG are to be commended on producing a knockout electric car at a knockout price.

Where Chinese manufacturers were once, and rightly, accused of copying European and Japanese designs I wish there was some reverse copying of their prices and analyse how they can do it.

I would say this is currently my second favourite electric car when all factors are included.