Inside Track: Cards have been in soccer for over 50 years 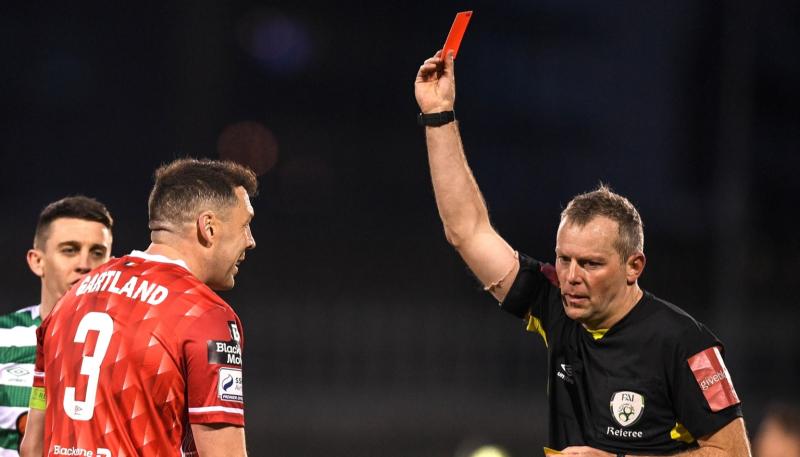 A few questions to begin with. They’re of a kind regular quizzers don’t like – they relate to dates. The first is for soccerites, the other two for the GAA brainstrust.

In what year were the red and yellow cards first used in a soccer match, and when did they become part of Gaelic games? And when was the black card added to a GAA ref’s must-haves?

May 31st is the date that prompted these queries. Exactly 52 years ago that day, during the World Cup in Mexico, cards were carried on to the soccer pitch for the first time. English referee, Ken Aston, is credited with their introduction.

The story goes that Aston had been in charge of a notorious International match in 1962. Chile played Italy in what was to become known as the Battle of Santiago.

And it was because of the difficulty he had in getting an Italian to leave the field after a fairly brutal attack – the ref couldn’t speak Italian and the player didn’t understand English – that he realised the need for a better means of communication was required.

The offender eventually left the pitch, encouraged to do so by, among others, his team-mates. Something would have to be done, and Aston thought long and hard before having his eureka moment. It happened while he was stopped at traffic lights driving through London.

Yellow for first offence, red if a player gets two yellows, or if he comes up with one from the ‘Santiago’ category. The colours can be displayed in card form.

Aston hadn’t much difficulty in selling his idea to the game’s very highest authorities. The cards were used for the very first time at the 1970 World Cup in Mexico. A Russian player, Evgeny Lovchev, was first to receive a yellow. In fact, he was the only one to be cautioned in this way throughout the tournament, and no-one got a red.

It was different, however, at another infamous International, the meeting of Portugal and Holland in 2006.  Sixteen yellows and four reds were brandished, and, not surprisingly, this also got a label – the Battle of Nuremburg.

Though it was an Englishman who came up with the idea, the cards weren’t introduced to the English League until 1976, six years after making their International debut. The distinction – if you could call it that – of being first to be carded went to Blackburn Rovers’ Dave Wagstaffe.

After the cards came VAR (Video Assistant Referees) – in 2018 in an International and the following year in the English League.

GAA people have had longer than their soccer counterparts to find an answer. Anyone who didn’t come up with 1999 got it wrong. The black card, for football only, was added in 2014.

As flaithiullach as the ref in charge at the Battle of Nuremburg, referee Niall Barrett was in the limelight when he he issued six red cards and 14 yellows on the first day of their introduction.

Carlow were playing Westmeath in the Leinster Championship, and as you can imagine, there were many to straight away condemn this new disciplinary measure. Things quietened down after that, though in sending off five in the recent Tyrone v Armagh league match, David Gough had his interpretation of the rules questioned.

The black card, which many believe came as a result of Sean Cavanagh’s foul on Monaghan’s Conor McManus in a 2013 Croke Park quarter-final championship tie, isn’t being flashed as often nowadays as it was on its introduction, many referees choosing instead to go with a yellow.