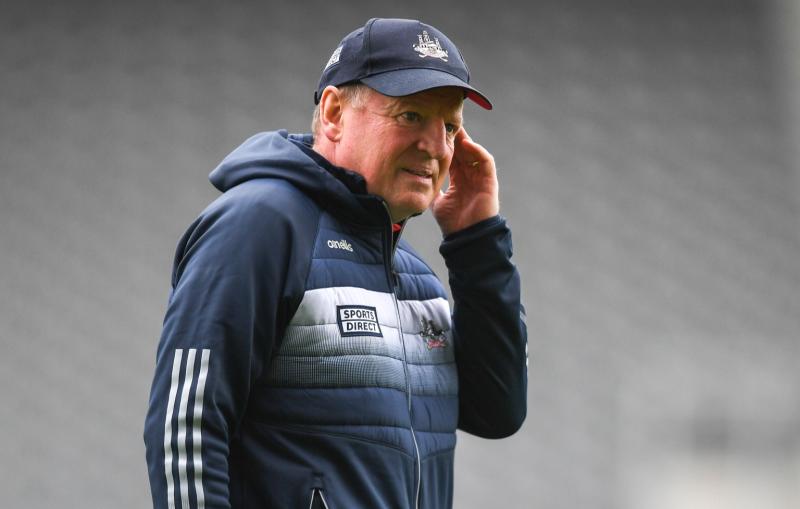 Cork manager John Cleary during the All-Ireland Senior Championship Round 1 match between Cork and Louth at Páirc Ui Chaoimh in Cork. (Photo by Eóin Noonan/Sportsfile)

Saturday’s game was a gripping contest in the sense that for the vast majority of this knockout tie it looked like any team could come out on top. To those of us with an interest in ether county, fans and media alike, we were glued to the action.

Yet any neutral inside Pairc Ui Chaoimh or watching it via a stream may have a very different view. It might have been gripping, but it was certainly also a hard watch, with scores very much at a premium. Speaking to media afterwards Cork manager John Clearly was just delighted to have won.

“In the end it was just pure relief” he stated when asked for his thoughts on the match. “Louth made it very hard for us in the first half and maybe we didn’t cope as well as we should have.

“We ended up going into corners, they defended very, very deep. We expected them to be defensive but they often had 15 men inside the 45.

“We said at half time we just have to be patient, because as long as we kept a point or two ahead I always felt that we had it, we didn’t have to go chasing the game and it was up to them to come out at us.”

Inside Track: Flags are flying high in our neck of the woods

Coming up against such tactics was a new threat for Cleary, who has only been in charge of the Rebels since April when Keith Ricken stepped aside to deal with some health issues.

He was surprised with just how tight at the back Louth set up, as it is a way playing that Cork have rarely encountered in recent seasons and he knows in many ways they were lucky not have been overcome by defensive masterclass from Mickey Harte.

“We are not used to playing against that ultra-defensive style. In the league we played Derry and it probably wasn’t as defensive as that. We found it hard to break down.

“Here in Munster, you are playing teams that might be a bit defensive, but nothing quite like that. We just kept probing, staying patient and we got the two goals that ultimately took us over the line.

“On another day we could have easily been caught there, if Louth had got a goal with eight to 10 minutes to go, they would definitely have shut up shop completely then and we probably wouldn’t have got those scores.

“I’d much prefer if it was end to end, that is what I was brought up with. Today was ultra-defensive, Louth decided to play that way and that was their decision, but if you ask me I’d prefer to be going in gung-ho with some tactics thrown in.”