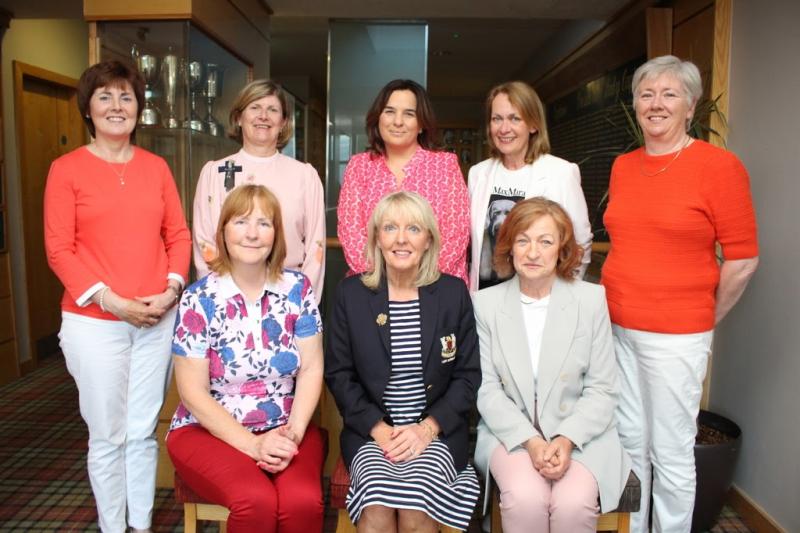 Clem Walshe retained the Dundalk Junior Scratch Cup sponsored by Park Café when he came from three shots behind after the first round to win the 36-hole event by four shots.

Walshe, who recently finished second in the Rosapenna Scratch Cup in Donegal, had found himself lying third after round one behind his Dundalk clubmate Brian Óg Renaghan and Greenore’s Keith Cohalan.

Renaghan had shot a one-over par 73 that included five birdies while Cohalan had four birdies on his way to a 74 for the first 18.

Walshe only managed one birdie, at the short par four 14th, as he carded a four over par 76 and he was six over for the tournament after shooting 38 on the front nine of the second round.

Walshe got his first birdie of the final round at the 10th and added another at 13th as he came home in 37 for a second round of 75 and an overall score of 151.

That left him five clear of Cohalan and Renaghan with the Greenore man edging out his Dundalk rival for second place overall on countback.

The Junior Scratch Cup kicked off the Maytime Open Week at Dundalk Golf Club and there was plenty of great golf all week.

Matthew McCaughey and Shane Byrne combined to win the Saturday’s Fourball with a score of 45pts while Sunday’s Open Singles was won by Eoin Hamill (25) on countback after he and Maurice Soraghan (10) shot 41pts. Sunday’s Mixed Foursomes was won by Gillian McDonnell & Michael McKevitt who shot 66 nett.

There was disappointment on the inter-club over the past week as the JB Carr team were beaten on the fourth tie hole after their two-legged match with Greenore finished 5-5 while the Pierce Purcell team lost 3-2 to Seapoint.

Playing off two, he birdied the fifth, sixth and ninth holes going out to turn with 21pts and one the back nine he had three more birdies at the 10th, 16th and 18th.

He could even afford to blank the 15th, where he had a double bogey six, and still have two points to spare over second placed David Williams (19).

Caolan Rafferty took the gross prize with a score of 40pts, His round featured six birdies with five of them coming across the first six holes of the back nine

There were two ladies’ competitions during Open Week at Dundalk Golf Club. Joyce Connolly and Geraldine Rogers were the winners of the open two-person team event, sponsored by Deluxe Bathrooms.

They shot a superb 41 points to claim top spot on countback from Mary Sinton and Anne Murray. Kitty Duffy and Louise Lynn were a shot further behind.

Pauline Campbell, Teresa O’Mahony and Jill Gallagher were the winners in the open singles Stableford, sponsored by The Gift & Art Gallery. They shot 34 points, 33 points and 35 points respectively.

In interclub news, both the Minor Cup and Challenge Cup teams had decisive wins to advance to the third round. Very well done to players and managers. Unfortunately, the Revive Active Fourball were beaten by Headfort, and the Junior Cup bowed out to Westmanstown.

The second Golfer of the Year Competition was played on Saturday May 21 and Tuesday May 24. Bernadette Kearney had the best score of the competition as she captured the Division 3 top spot with a superb 69 nett.

Anna Rowland’s fine run of form continued, as she won Division 1 with a 72. Leone Smyth Baillie was the winner of Division 2 with a 73.