Hill Street Views: The 'muckhills', the 'alien barn' and treacherous river crossings on the Red Barns Road in Dundalk 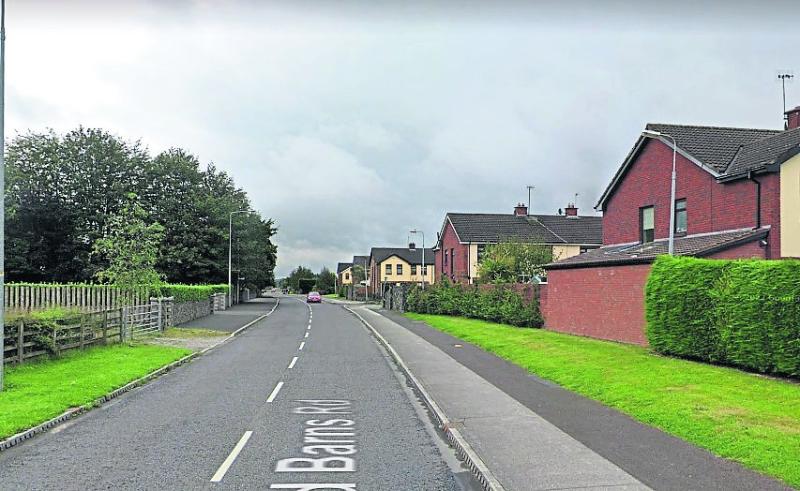 The Red Barns Road in Dundalk today, which connects the Point Road with the Long Avenue, is cluttered with housing estates from one end to the other.

At the southern, Avenue Road side, you head off north, starting out with Springfield Manor, then on to Rosewood, Bay Estate, Fernwood, Brookwood Lawns, Greenwood Drive, Manydown Close, and finally, Lennonstown Manor, before the road ends abruptly at the junction with the Point Road.

When we moved into the area in around 1989 there were just two and half estates - Bay Estate, Greenwood Drive and a sprinkling of houses at Manydown Close; the rest was sprawling fields lying adjacent to an industrial area at the back of the Coes Road.

For an eight-year-old with an over-active imagination, it was an endless land of adventure every single day.

Unlike our rural friends in the countryside it wasn’t just an open savannah of farm land - we had both of those, in limited supply mind, but we also had factories, a network of rivers crossed perilously by nine-inch Wavin pipes and a lunar-like hillscape courtesy of some earth-moving equipment that we ingeniously titled the ‘muckhills’.

Summer holidays, as everyone fondly remembers, seemed to go on for an eternity back then. And each day was spent rambling around this full-size, and very occasionally dangerous, playground.

From early morning to dusk, we’d rarely darken the doors of our homes.

There was too much to do and explore to be bothered with going home to watch telly or, in our later years, play video games - we did play video games, but only if the weather took a turn for the worse and held us captive inside.

At the bottom of Greenwood Drive there was an alleyway which served as the entrance to all the fields and potential divilment beyond.

The factories along the Coes Road lay across the field like grey, industrial behemoths that had seemingly punched through the unspoiled earth.

At first, any thoughts of crossing the field and checking out what lay over there seemed initially hairbrained and positively dangerous.

But with time, familiarity, and the confidence of older lads, we’d venture over, always in the evening when the working day had ended and the site was quieter.

There was always a security guard on duty, but his line of sight faced the Coes Road entrance only - the possibility of a stealth attack from marauding pre-teens in the long grass obviously a lower security threat.

One evening, perhaps in an attempt to beef up their security, several guard dogs were deployed into the field (or at least that’s the story we told ourselves, anyway).

I vividly remember having to scarper from the factory one evening when a barking beast rounded the corner and tore off towards the field.

While the rest of the lads headed in various directions I thought only of home and legged it back, across the field towards the Greenwood Drive alleyway entrance.

I made it to the waterlogged trench that separated the field from the alley and jumped into it. Peering over the parapet I saw the red eyes of a darkened, four-legged devil-dog haring past parallel to the trench.

That same trench was connected to a series of streams which crisscrossed the fields and ran through the factory site. We called them the ‘Blackwaters’ and they were most likely streams which ultimately connected to the Ramparts at some point.
At certain locations, close to the factory, a nine-inch Wavin pipe bridged the two sides connecting the Greenwood Drive side with the Bay Estate side.

This was a contentious parcel of land, which was used by the older lads from Bay Estate to gain access to ‘our’ land.
Many times, after a ‘covert operation’ in Bay Estate, we would be forced to use this precarious ‘bridge’ to get back to safety.

I do remember clinging on for dear life as I hugged it tightly and shimmied slowly back across - the Bay Estate boys lobbing a few stones in my direction as I fled.

There were tears in my eyes, I will admit. But whatever doesn’t kill you… etc.

A few years later, I watched from on top of our garden shed as the factory on that site burned. Rolling black smoke pumped up to the heavens one evening as firefighters attempted to control the blaze.

In the end the factory was destroyed - a charred and twisted shell all that remained before it too was ultimately demolished in time.

Meanwhile, at the top end of Greenwood Drive, many might remember the strange, oversized, rounded steel cow barn which lay parallel to the Red Barns Road.

It was an alien-like presence dropped onto a very normal-looking suburban area.

It was also a great place to amplify the explosion of a banger firework around Halloween time - said bangers were also inserted into cowpats upon occasion to create a rather horrendous cow-pat grenade which showered anyone within a metre or two in steaming dung when detonated.

Where the extended Manydown Close housing estate now resides was the ‘Muckhills’.

With more extensive building work ongoing further up the site back then, earthmovers and diggers had churned the earth into drumlins and troughs, ahead of eventually building more houses here.

For a number of years we dug shallow bases into the tops of these hills.

We made lethal weapons like muckballs and kept watch on the surrounding landscape; ever vigilant should an invasion from St Clement’s Park materialise.

All that is gone now. The alien-like barn, the ‘muckhills’, the treacherous river crossings, even access to the factory fields is surely strictly off-limits.

The alleyway at Greenwood Drive is gated up and inaccessible.

Upon reflection, allowing eight, nine or 10-year-olds to gamble about such a dangerous area, full of potential doom, seems incredibly ill-advised.

But I wouldn’t have missed any of it for the world.

Another Dundalk athlete on his way to World Championships